Mars might get rings in the future, a new theory suggests 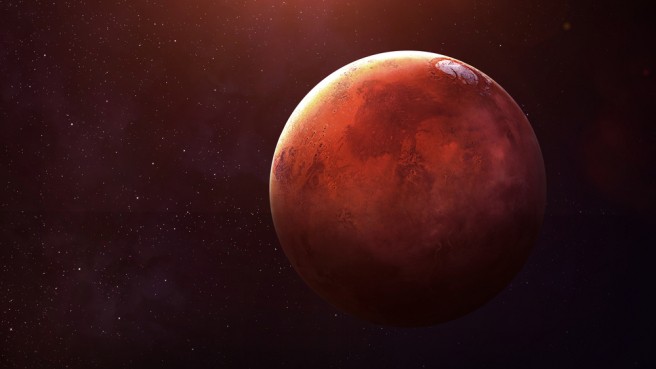 Mars is known as the red planet while Jupiter is the one with rings. However, according to a latest theory by Prudue University researchers – David Minton, assistant professor of Earth, atmospheric and planetary sciences, and Andrew Hesselbrock, a doctoral student in physics and astronomy – this might have been different. According to the pair, it possible that Mars was surrounded by rings and some day might get them back.

A widely cited theory is that Mars was hit by an asteroid or some other heavenly body about 4.3 billion years ago, which created North Polar Basin or Borealis Basin that makes up 40% of Mars’ northern hemisphere. Building on that, Minton and Hesselbrock theorize that the impact created a lot of debris that created a set of rings around the planet. The debris later formed a moon that was held by Mars’ gravitational pull. It has been observed that one of Mars’ moons, Phobos, is coming closer to the planet and in about 70 million years, it might break apart and become a set of rings around the planet. It is likely that the cycle of ring formation and moon formation might have taken place around seven times in the past. This theory highlights how major impacts affect planets and their systems.