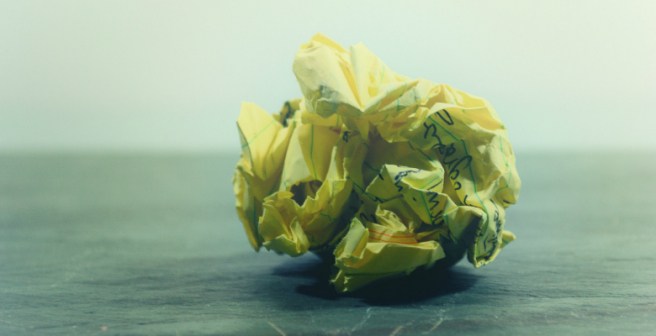 The current Twitter storm about grad school applications made me consider my own applications. My thoughts span more than a 280-character length, so I decided to write a blog post that I have toyed with writing for a while, but was never certain about how it would impact me professionally.

The first time I applied to MD/PhD programs I got rejected. Completely. Not a single interview. It hurt – a lot. I applied again the following year and ended up turning down interviews. So, what changed?

There were a few factors. I finished my Master’s program in that time and had been able to present my research at a few conferences, but I made another major change: my essays. For those who don’t know, MD/PhD applicants in the USA write 3 primary essays whose prompts, for all intents and purposes, are:

The first time I applied I naively followed the advice of those around me:

Over and over, I was told these things were cliché and would bore admissions officers. So I trod carefully and tried to be honest and interested but not cliché. Unfortunately, in doing so, I couldn’t write about me and my motivations. Instead, my essays were devoid of personality and said very little about me (obviously, I didn’t really think that when I submitted them, but it is clear to me looking back). I was so scared of being cliché because I was told that would get me rejected immediately and I was desperate to avoid personal anecdotes because supposedly that’s what everyone did and it was boring.

“We were told that in writing ‘I have always wanted to be a doctor,’ we were assuring rejection. So I tried to hide this fact in my initial applications, feeling that admitting my passion would make me appear naive and uninformed. I realize now that my prolonged dedication to practicing medicine has always been one of my greatest strengths.”

– A portion of my “Why MD?” essay (second attempt)

The second time I applied (after my pre-med advisor told me not to bother because I wouldn’t get in), I figured “screw them.” I wanted to be honest and I was giving it one more chance, so I would be myself.

I wrote and re-wrote many times. I am lucky enough to have a patient partner who is a fantastic editor. In my “why medicine” essay, I did write that I have wanted to be a physician for as long as I can remember, that I wanted to help people, and that I like science. In my “why MD/PhD” essay I talked about my curiosity and interest in science. I didn’t have defined ideas of how I could contribute to the field; I just knew I wanted to. Of course, my first drafts were terrible piles of clichéd phrases and analogies, but by the end they were a little better (though they are still painful for me to read now).

Those aren’t the only topics I wrote about in the essays. I framed my “why MD” essay with a personal anecdote (not related to familial sickness, although that had been in an earlier draft). My MD/PhD essay began with an example of my curiosity; I had to be hammered over the head with the idea of “showing, not telling” and by the 100th draft I finally got a little better at it.

“I had my first coherent (but decidedly unethical) research idea when I was 13. I wanted to have identical quintuplets and then charge each of my best friends to raise them separately and watch how they developed. I knew that it neither practical nor ethical, but was interested in the nature/nurture debate and this seemed like a fantastic way to study it.” – The beginning of my MD/PhD essay (second attempt)

I think there are many things you could take away from this. At this moment, the purpose of writing this is to speak to those students writing and submitting essays and worrying about sounding clichéd and boring. Reading conversations on Twitter and being scared that their applications are being thrown into the reject pile for sounding too much like everyone else. Reading Twitter conversations from faculty about how all essays sound the same certainly don’t help these feelings.

I do not mean to imply they should be ignored. There is an important point to be found in the unpleasantness: we need to find a way to stand out. Don’t let those types of comments stop you writing about the reasons that you want to enter a program. If people say your reasons are clichéd, that’s okay. You can still write about them. Instead of being concerned about your reasons being “wrong” or “boring,” focus on finding a way to share your curiosity and passions in a way that illustrates who you are and why someone would want to accept you.

Note: I am not going into all of the details of what changed between my applications or providing my full essays, but if you are interested in reading them, or want advice on reapplying, feel free to reach out. Also, I do not think the essays I wrote the second time around were amazing in any way, but they reflected personality, and I think that made a difference.

Tabitha Moses is an MD/PhD student at Wayne State University. This story was published on January 6, 2018, on Tabitha’s blog (available here), and has been republished here with her permission.

A totally expected journey to becoming an ecologist 7 min read

Can you really do everything you love? 5 min read

My students often ask me: "How did you do it all?" 5 min read