My PhD journey and the art of procrasti-baking 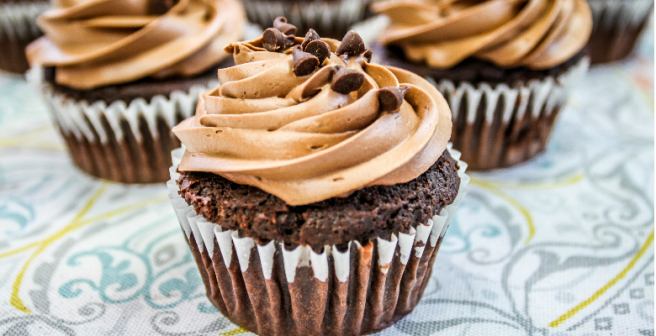 It’s summer 2012. I’m in my last undergraduate year and the pressure is mounting. Finals are approaching and we’ve all taken up residence in the central university library. My flatmate is living on takeaways and I can’t remember the last time I did any laundry. I’ve even seen one person asleep behind a set of shelves next to a half-eaten pizza. This is a pivotal moment in my academic life, although not in the way you might assume. Yes, these exams are important, but even more than this, this is the summer that saw me become a fully-fledged member of the Procrastinators Anonymous.

I am a procrastinator.

“Ok, well, so what?” I imagine similar sentiments might be occurring to you right now. Maybe even, “well so am I.” I think it’s a rare breed of person that has never experienced the amazing (and often exceptionally creative) lengths we are sometimes capable of taking to avoid doing what we should actually be doing. For my part, I have honed expert procrastination skills over the years, but the most recent talent I’ve developed is that of procrastibaking. Biscuits, cakes, pies; when confronted with a deadline, I’ve made ‘em all. I’ve even indulged, once or twice, in what I like to call “experimental procrastibaking.” This is when you not only lack the correct ingredients to make that cake, tart or pastry, but you also lack the motivation to go out and buy those correct ingredients, so you mix a random assortment of items together and hope it all comes out ok. A defining moment on my experimental procrastibaking journey so far: not having eggs, butter or sugar in the cupboard and still feeling confident that I would be able to create an apple crumble.

A PROCRASTIBAKER’S JOURNEY… IN PICTURES May 2012. A truly momentous day in the life of a procrastinator; the first results of an unintentional procrastibaking session (note the presence of my laptop, probably to try to suggest actual, real academic work is being done). June 2012. I don’t remember too much about the events that lead to this photo being taken, but I imagine that this was an experimental procrastibaking session (maybe even the first one) as there is a distinct lack of baking having occurred here. Definitely 10/10 for presentation. April 2015. Interestingly, my transition to Master's study also seems to have coincided with better procrastibaking effort all round. I’m quite proud of the uniformity of these brownies, although I’m not sure why I have put basil on the top. I’m also a bit concerned by the presence of the gin in this picture; I have a sneaking suspicion that I might have tried adding some to the mixture. I have no memory of making these brownies, so maybe that’s why. June 2015 (thanks instagram!). How else do you deal with an impending linguistics thesis deadline? Ignore the library and make cookie monster cupcakes, of course!

In a classic PhD-style move, I have attempted to analyse why this particular choice of work avoidance has stuck with me longer than some other techniques. Probably unsurprisingly the “intensive kitchen-cleaning” habit I developed during my undergraduate finals didn’t last too long; definitely a good thing reflecting on the amount of cleaning fluids I used to use, and no doubt also to inhale, I have come to the conclusion that baking is, in some way, an attempt to assuage guilt about my lack of productivity by engaging in another activity which also has a final end product... albeit, one less likely to be accepted by an academic journal.

I’m sure the sense of culpability I describe above is not unfamiliar to many of you. Certainly, I would even go as far to suggest that the self-motivated nature of PhD study heightens these emotions. You can’t blame your colleagues, manager or company software for a day of unproductivity. And that is often a very guilt-inducing state of mind to find yourself in.

But here’s where I’d like to go a little bit rogue. I think a healthy dose of procrastination (every once in a while) is actually good for us. I believe we should all learn to embrace our inner procrastibakers (or procrastinetflixers, or procrasticleaners, whatever the avenue of choice), and here’s why:

Procrastination can be helpful in other ways, too. Wait: The Art and Science of Delay, a book published in 2012 by Frank Partnoy, a finance professor at the University of San Diego, claims that we should wait until the last possible moment before making a decision. He suggests that successfully “managing delay” leads to better decision making, and by extension, a happier life. He argues that mindful procrastination is actually a state of reflective being we should all try to cultivate.

Of course, I am not suggesting that we embrace our inner-avoiders and leave ALL our tasks to the last possible minute. However, I do believe that occasional, healthy procrastination is to the strength of our academic work, permitting us the chance to reflect, re-engage with our subjects and to subconsciously explore other pathways. I hope that a better understanding of why we sometimes really do need to do this might help alleviate some of the guilt that often goes hand-in-hand with a day of achieving less than you hoped for. In the words of Frank Partnoy, the question is not whether you do or do not procrastinate (because we all do!), it’s whether you procrastinate well.

An unexpected illness: The effect of pushing myself to prove I can't be broken 6 min read