Patents 101: What are patents and how do you acquire them? 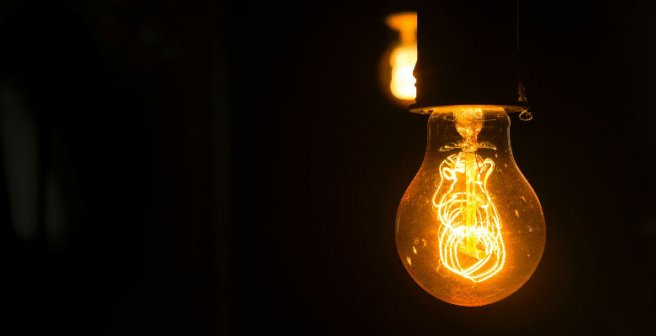 Have you struggled to understand whether you should apply for a patent and what it entails? This article explains the basics to help you expand your knowledge about patents.

Would you refuse critically needed health care to someone unless paid a handsome profit? What about making a genetically-modified plant if its availability prevented the starvation of millions? How about any device facilitating mobility and communication? Usually, corporations deny inventions to those needing them because of the inability to pay the inflated costs, but individual researchers are not exempt. Before seeking intellectual property protection, you should assess the effects. And take for instance the actual case is of a critical hepatitis C drug sofosbuvir wherein an appeal was lodged against the decision to grant the patent .

Philosophers refer to "ethos" or core values. What is most important to you? No doubt your efforts should be recognized and rewarded if for no other reason than to encourage others to work for humankind's benefit. Hence, to be a part of that community with a "high road ethos" (Horne, 2019), think of your patent as a well-deserved recognition of your efforts and telling the world, "I have come here to share my idea to help you." You should reflect on the implications of your discovery, and this requires introspection and value clarification.

This article outlines the intellectual process of acquiring a patent as a way of achieving a just reward, and not a way of holding captive (as in a ransom) critical discoveries for your private benefit, i.e., acquiring a just reward in a socially conscious manner. We’ll learn the basics of intellectual property protection, what a patent means, the eligibility for applying for a patent, and follow-up.

Proceed if you are OK with this. As a researcher, your obtaining a certificate of novelty usually enhances your career track and secures peer recognition, but hopefully and mainly shows you to be a member of society contributing to its wellbeing. Again, identify your core values.

The emerging scientific landscape of China
China with its unprecedented scientific and…
4.8k

Now, examine your circumstances allowing or not allowing you to file for a patent. Check with your organization or employer to see if you can obtain for yourself a patent based on the research done in your environment. Many organizations, including governments, educational institutions, and businesses, will claim ownership rights deriving from on-the-job research. It is common to sign any rights over to them if research and development are done on the job or are job-related. Check your non-disclosure/non-compete agreement, for example. If such applies to you, learning the details about applying for a patent becomes moot. Review all the agreements you signed when you joined the organization.

The three basic forms of protection are copyrights, trade secrets, and patents.

Copyright applies to authors, musicians, poets, painters, etc. While there is no "global copyright," applying for it in any country is recognized worldwide by the Berne Convention for the Protection of Literary and Artistic Works.

Trade secrets are ideas, processes, methods, information, etc. that are known only to a select few persons beholden to the entity (organization of individuals) who would benefit or, if known, would allow others economic advantage. These could include recipes (such as for a soft drink or food preparation), manufacturing processes or techniques, or organizational/individual secrets making a public presentation possible. Wikipedia has a very well-sourced article on the subject.

The World Intellectual Property Organization (WIPO), a United Nations Organization was established "to encourage creative activity, to promote the protection of intellectual property throughout the world" (WIPO PCT, 2019). Under its auspices is the Patent Convention Treaty (PCT), an internationally recognized agreement making the patent application process uniform worldwide. As per WIPO, this is the meaning of a patent:

A patent is an exclusive right granted for an invention, which is a product or a process that provides, in general, a new way of doing something, or offers a new technical solution to a problem. [...] To get a patent, technical information about the invention must be disclosed to the public in a patent application.

All countries who are signatories of the PCT have a definition of "patent" consistent with this one. For example, the United States Patent and Trademark Office (USPTO) says a patent is: “the right to exclude others from making, using, offering for sale, or selling the invention throughout the United States or importing the invention into the United States” (USPTO Patent Information, 2015). Australia says, "A patent is a legally enforceable right for a device, substance, method or process. For your application to be successful, your invention must be new, useful and inventive or innovative" (Australia IP, 2019).  Canada states, "To be eligible for patent protection, your invention must be:

In India you have to be "any person claiming to be the true and first inventor of the invention," implying patent examiners searching existing patents and other documents to ascertain a claimant's originality.

Read the 51-page PCT for an in-depth comprehension of the scope, purpose, and implementation of patent protection worldwide. Each country may have variants, but they all have to be consistent with the PCT.

Finally, a patent does not obligate you to do anything. However, there are many downsides to a patent, such as it being used to block or bury innovation, high cost of defense and maintenance, stifling collaboration on life-saving ideas, need to file in every country, premature publication of ideas, keeping costs artificially high, etc. (Miller, 2019; Boldrin and Levine, 2012). Again, reflect on your values to assess if you want to deny a particular benefit to others.

How to prepare a provisional patent application
This article&nbsp; centers on the provisional…
3.3k

Other countries have different types of patents, such as Australia's standard and innovation patents. China refers to patents as "inventions, utility models and designs."

The provisional application of patent

The three ways of applying for a patent are:

We will focus on the first two more commonly-taken routes, as the "regular" application is used after the idea/device is stabilized and there is good reason to think it will be marketable.  Besides, it is very costly. The PPA is the simplest method, so we will discuss it first.

Let’s not get confused. There is no such thing as a ‘provisional’ patent.   There is only the patent – the actual document – and the patent application process. The PPA is an initial step to laying claim on your originating what is to be determined by patent examiners as a novel idea.

The emerging scientific landscape of China
China with its unprecedented scientific and…
4.8k

The PPA is a "placeholder", which refers to your securing a date (priority date) on which you claim originality. If you and another person apply for a utility patent (either a non-provisional patent application or PPA) and you file first, your PPA will get you first in line for the patent. It is a race against time! Additionally, keep these points in mind:

In essence, the PPA and the PCT application do the same thing but in different ways. While the fees are higher through WIPO, you do receive a comprehensive search report and have 18 months (as opposed to the 12 months for a PPA) to decide on filing patent applications in various countries (PCT, 2019).

Again, double-check to see if your organization will allow you to file a patent application for something you developed while on the job or is job-related (NDA-NCA, etc.).

We have focused on PPA, as the non-provisional patent application is filed when a researcher has finalized development and is definitely serious about devoting resources. Now is the time to call on attorneys who will be vital in the application process. In the next part of this article, we will take a closer look at how to file a provisional patent.

CAVEAT: Please note that the information in this article should not be taken as legal advice. Researchers should consult a patent agent or attorney when planning to apply for a patent.

How to identify and deal with conflicts of interest in research…

Ethical declarations that authors should provide at the journal…

Navigating copyright when you publish a manuscript in a journal

Patents 101: What are patents and how do you acquire them? 10 min read

Patent trolls: What they are and how they affect innovation in science 6 min read