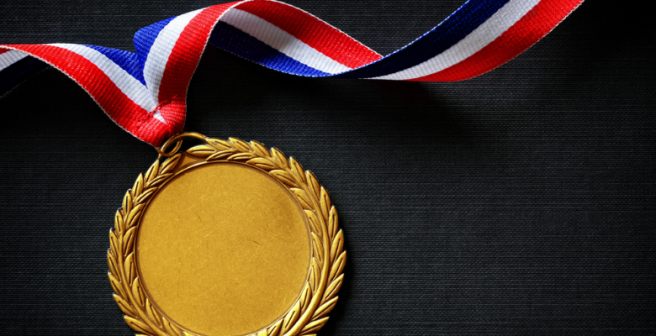 The Copley Medal is the world’s oldest scientific prize. This prestigious award was first presented by the Royal Society in 1731, 170 years before the first Nobel Prize was awarded. It is bestowed annually “for outstanding achievements in research in any branch of science”; the award alternates between the physical and biological sciences.

The latest recipient of the Copley Medal is Professor Peter Higgs. He was honored for his pioneering work on the theory of Higgs boson. The Royal Society’s website elaborates that the Prof. Higgs is deserving of this award due to “his fundamental contribution to particle physics with his theory explaining the origin of mass in elementary particles, confirmed by the experiments at the Large Hadron Collider.”

Prof. Higgs, now 86, has joined the ranks of Albert Einstein, Charles Darwin, and Stephen Hawking, who were also honored with the Copley Medal for their outstanding contribution to science. "It is an honour to be the recipient this year of the Copley Medal, the Royal Society's premier award," said Prof. Higgs upon receipt of his Copley Medal.

The Copley Medal was created following donations from Godfrey Copley, a wealthy English landowner, art-collector, and a public figure, who was elected as a member of the Royal Society in 1691. The recipients are awarded a silver medal which is accompanied by a gift of £25,000.

Record your research activity from experiment to observation.