Artificial photosynthesis gets a boost from new catalyst
North Atlantic wind farms could provide energy for all…
15,000 scientists from 184 countries issue warning to…
A powerful catalyst for electrolysis of water that could…
White House makes its science priorities known; climate…
Environmental Science and Energy 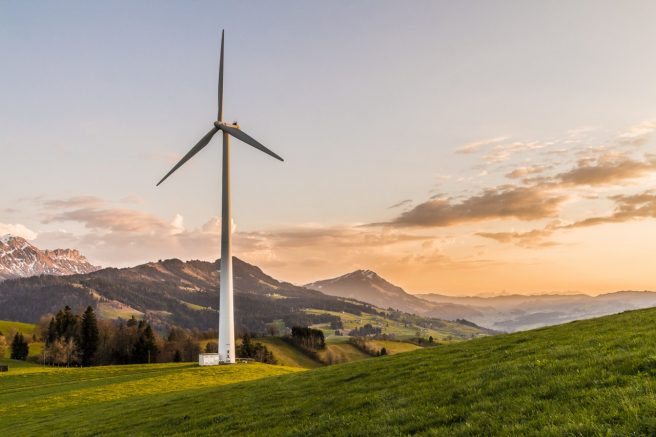 Looking for alternate sources of renewable energy has been a constant endeavor and climate change has made this need more urgent. Using renewable energy sources like solar, water, and wind energy reduces dependence on fossil fuels and oil reserves which cannot be renewed. A new paper provides a detailed roadmap of how 139 countries will be powered entirely by wind, water, and sunlight by the year 2050.

This latest collaborative research was led by the Stanford University professor of civil and environmental engineering Mark Z. Jacobson along with 26 co-authors and published in the new peer-reviewed scientific journal Joule. The 139 countries that were part of the study were selected because their data was publicly available. Each country's electricity, transportation, heating/cooling, industrial, and agriculture/forestry/fishing sectors were analyzed. According to the study, the places that had a greater share of land per population such as the US and China are more capable to make the transition. Highly populated countries, very small countries, and countries surrounded by ocean on all sides are likely to face a challenge making the transition.

The study is essentially a roadmap to a 100 percent renewable energy future. It recommends large scale changes in infrastructure to achieve the goal. This study is an extension of Jacobson’s earlier work—in which he had demonstrated that the US could make this transition in a cost-effective manner. His previous work has been used by several renewable energy advocates. The new study does not stop at the US and covers the entire world; it also presents improved calculations on the availability of rooftop solar energy, renewable energy resources, and jobs created versus lost.

Jacobson’s study aims to avert global warming, prevent 4-7 million air pollution deaths and facilitate annual savings of over $20 trillion in health and climate costs. Not only does the study predict an increased access to energy globally, a net increase of over 24 million long-term jobs and stabilization in energy prices is also envisioned. The study hopes to create awareness, start discussions, and influence policies that could lead to these changes.

Q&A
How to respond to a reviewer comment about the rationale for my findings being different from other countries?
The reviewer made the following comment:"The authors…
37 views