Research misconduct and the need for author education 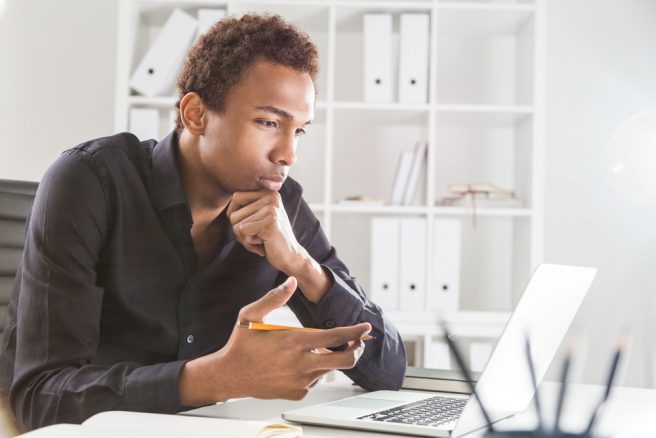 One of the most challenging problems that academia is dealing with is misconduct in research. Misconduct deserves the attention it gets because it stalls the progress of science, is expensive for institutions and funding bodies, and might pose a risk to human and animal subjects. However, dealing with the ever-increasing incidents of misconduct is challenging because of the complexity of the issue. The many faces of misconduct, ranging from serious breach of ethics such as deliberate plagiarism to less offensive unethical behavior such as self-plagiarism, make it difficult to apply the same set of rules to all the incidents. It is a big loss to academia if researchers indulging in less offensive misconduct are given harsh punishments such as suspending their services or taking away their grants. So how can academia tackle this situation?

To help researchers who have been investigated for noncompliance or misconduct re-enter the scientific mainstream, a group of researchers have developed a program called the Professionalism and Integrity Program or PI Program. Launched in 2013, the program aims at helping researchers navigate the myriad compliance and ethical guidelines in research and publishing by conducting a three-day meticulous workshop with post-workshop follow-up sessions.

After conducting the program for three years and training 39 researchers from 24 institutions, the founders of the program – James M. DuBois, John T. Chibnall, Raymond Tait, and Jillon Vander Wal – have shared the details about how researchers happen to indulge in misconduct and the reasons for which participants enroll for the program and cleared some myths related to misconduct. According to the data, the top three reasons that led the participants to be referred to the IP program were: Failure to provide oversight – 49%, consent violation concerning human research participants – 31%, and plagiarism – 21%. Over the years, the stigma attached to misconduct has been questioned and debated. Intentional violations are fewer as compared to unintentional violations, and an evidence of this is the PI program’s data. Thus, there is a definite need to dig deeper into what leads researchers to neglect the set guidelines.

Throwing light on the causes behind researchers’ lapses, the PI program data suggests that the three primary causative factors are: not being meticulous, having insufficient knowledge about rules, and failure in recognizing the seriousness of violations. It is expected that a researcher should be well-versed with all the compliances and guidelines applicable, but as the founders of the PI program suggest, entering a new area of study or conducting research in another country could become the reasons behind breaches. They rightly point out that it’s not true that “only bad apples get into trouble.” Sometimes the most accomplished researchers fail to realize the importance of communication skills and negotiation skills, which are essential in ensuring that the entire team the researcher is part of adheres to all the required protocols. Lastly, they point out the fact that the skewed reward system in academia that considers research output to be the ultimate indicator of a researcher’s success is also responsible for the increasing incidents of misconduct. Researchers handle far more projects than they can, leaving them with less time to focus on every aspect of their study. Moreover, the department heads fall short of time to mentor their group, which leads to mistakes and oversight.

At Editage Insights, we encounter similar cases in which authors feel confused about the guidelines and protocols they ought to follow. Here are some of the classic instances:

1.  The need for ethics approval: A case study

2.  What can I do to resolve the problem of duplicate submission?

4.  What's the big deal about self-plagiarism?

5.  Compliance to guidelines in reporting animal research: A case study

Misconduct is looked down upon and researchers indulging in it garner harsh criticism. However, assuming that a researcher must have intentionally or carelessly violated guidelines is unfair. With increasing researcher mobility, international collaborations, and multidisciplinary research projects, researchers might find it difficult to be on top of every compliance and protocol applicable to their work. The PI program’s success in helping researchers become more aware of their responsibilities and bringing a change in their attitude towards the seriousness of compliance violation is a proof that ill-informed researchers can be guided into reentering academia with more consciousness. Thus, educating researchers should be one of the top priorities of institutions, and principal investigators and senior researchers should take it upon themselves to mentor the researchers they work with. Ensuring error-free and compliant research will help researchers succeed and science progress.

Everything you need to know about the DOI
Most of us know that DOIs (Digital Object Identifiers)…
3.9k

Research misconduct and the need for author education 4 min read