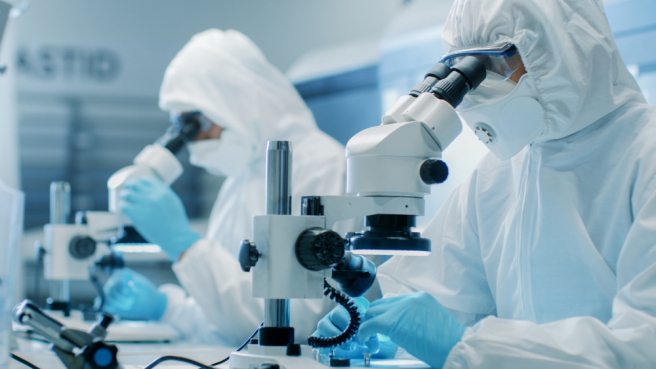 Eric Betzig of Janelia Research Campus in Ashburn, Virginia, who won the 2014 Nobel Prize in Chemistry for the development of super-resolved fluorescence microscopy, and his colleagues have applied their techniques to watching live cells in action and generated images and videos of protein movement and interactions as the cells internalize molecules. Betzig and his team improved the spatial resolution of structured illumination microscopy (SIM) that conventionally generates images by switching on the fluorescent labels that researchers use to tag specific proteins and then deactivating most of them. The tags in the darkest regions continue to fluoresce, which sharpens the image. However, the time it takes to switch the tags on and off has made it difficult to apply the technique to live cells. Therefore, Betzig and his colleagues used an approach called patterned photoactivation nonlinear SIM that involves turning on only some fluorescent tags at a time. Using this technique, they could observe proteins breaking down and changing shape. They were also able to see the dynamics of cell-surface pits called caveolae. An additional advantage of the new approach is that it enables generating images at a faster pace than before; the team was able to capture 25 snapshots in about one-third of a second.

Read more in The Scientist.