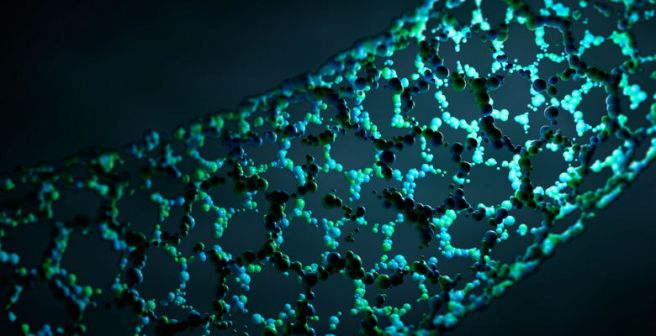 Carbon-containing molecules can be engineered into a variety of forms and structures, making them exhibit remarkable properties, including high mechanical strength, good thermal and electrical conductivity, and chemical stability. This is why they have a wide range of applications across multiple fields, such as energy production, environmental engineering, and electronics. 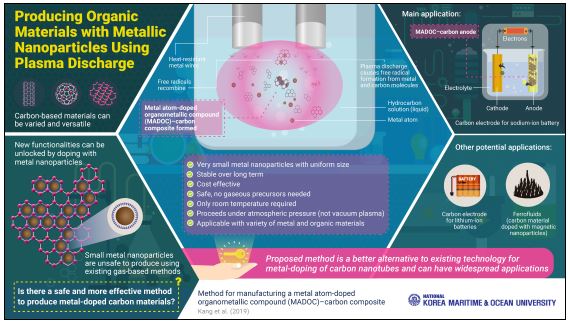 Fortunately, a research group from the National Korea Maritime and Ocean University has developed a novel and safe method for the production of metal-doped carbon-based composites (referred to as MADOC–carbon composites). In this method, first a metallic ingredient is added to an organic solvent (a liquid containing the carbon-based material). Then, a pair of metal wires are introduced to the mixture and direct current is applied to them. This produces what is known as plasma discharge, which are powerful glows or sparks of electrons. The energy transmitted from the plasma discharge to the molecules in the mixture causes them to break apart into “radicals”, which quickly recombine to form the desired composite material, where the metal is mixed with the carbon.

Record your research activity from experiment to observation

This new method has many advantages. A variety of metallic and organic ingredients can be used, allowing for the production of many different composites. In addition, these MADOC–carbon composites have many useful characteristics. “Doping metal atoms into a carbon support through plasma discharges enables metal atoms to stably maintain high performance without undergoing degradation for a prolonged period of time,” explains Prof. Jun Kang, who leads the research group. Another key advantage of this method is that it is safer than currently available procedures, which use dangerous gaseous materials. Also, this procedure can be used to consistently obtain very small metallic particles. “Due to the structural characteristics attained through the proposed method, it is possible to synthesize composites doped with ultrafine metal atoms,” remarks Prof. Kang.

Some of the most relevant applications of MADOC–carbon composites are sodium-ion batteries, ferrofluids, and lithium-ion batteries. These types of batteries have found uses in multiple fields, including portable consumer electronics, sensors, and industrial equipment. Specifically, sodium-ion batteries, which can be an improved and effective replacement to lithium-ion batteries, can only be possible with safely and cost-effectively produced carbon composites. Because the proposed method can be carried out at room temperature, not only the risks, but also the cost of producing ultrafine metal particles can be greatly reduced. This technique will facilitate the production of a wide variety of materials, which could unlock myriad novel functionalities and applications.