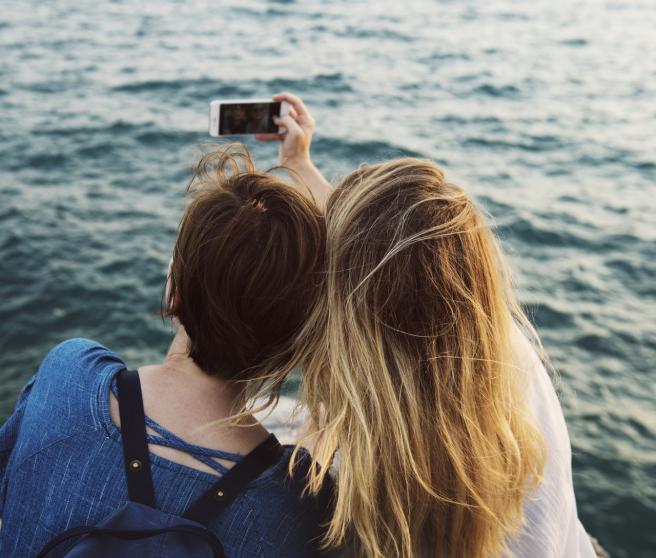 There is never a dull day on academic Twitter and the month of March can attest to that. There was a lot in store for academics on Twitter throughout the month. Right from International Women’s Day festivities, to an exciting selfie campaign directed at changing the public’s perception of what scientists really look like, to celebrating International Pi Day with an equal helping of math and pie, academic Twitter was abuzz with interesting discussions. On the flip side, sadly, the month of March also witnessed the world of science saying its final goodbye to Dr. Stephen Hawking. If you’ve been too busy to keep up with all of these developments, here is a quick roundup of some of the most popular discussions on academic Twitter during March:

Taking academic Twitter by storm was the revival of #ScientistsWhoSelfie, first conceptualized in 2017 as part of an interesting research project, and it trended all through March. The broad purpose fuelling this hashtag is to change the general public’s traditional perceptions of what scientists look like and make them more current. The hashtag sparked exciting Twitter activity from scientists across fields who began posting their selfies that gave us all a glimpse into their fascinating work and lives. They posted pictures in their labs, under water, by a glacier, and in many other interesting locations! Here are some of the most popular #ScientistsWhoSelfie tweets:

I don’t take many selfies, but whether or not I chose to do so as part of my personal interest in #scicomm is not a reflection of my skills as a scientist or my dedication to my work #ScientistsWhoSelfie pic.twitter.com/x08xhm4Nzt

I #scientistswhoselfie because why dress up as a science superhero for #scicomm if no one's going to see it? pic.twitter.com/nYFZsk788v

Today and every day I’m team #scientistswhoselfie. Why? Because science is dope and so are the people who share their important work occurring all over the world, regardless of how they choose to do so. We need more lifting up and less punching down. #scicomm pic.twitter.com/reTpYnf9U1

I recently returned from Antarctica with a group of influential #WomenInSTEM. I was sad that many were uncomfortable promoting themselves or their work. Fear of judgement by peers was one reason. #scientistswhoselfie are my heroes! Here's an Antarctic superhero selfie from me! pic.twitter.com/h19VCd3GsC

I #scicomm to show #ThisIsWhatAScientistLooksLike. There's a ton of pressure to squash parts of yourself to be taken seriously. Being my full self has only made my science & advocacy better

Someone I admire once told me your impact as a scientist = the merit of your research *multiplied* by how effectively you communicate it. #ScientistsWhoSelfie pic.twitter.com/Ku1Ftw9aSZ

Since I'm not in lab, I'll take a selfie with my current colleagues.

They certainly have taken time away from lab, and I wouldn't have it any other way. #AcademicMaternityleave #scientistswhoselfie pic.twitter.com/2PylLbBw0Q

On March 14, with a heavy heart and unconditional gratitude, the world bid adieu to one of the most renowned and visionary researchers, Dr. Stephen Hawking. The scientific community was gripped by a feeling of loss and grief as Dr. Hawking’s demise left a gaping hole in the cosmos of science. People all around the world, whether affiliated with science or not, took to Twitter to pay their last respects, and celebrate his genius and life. Here are some of the most touching messages:

His passing has left an intellectual vacuum in his wake. But it's not empty. Think of it as a kind of vacuum energy permeating the fabric of spacetime that defies measure. Stephen Hawking, RIP 1942-2018. pic.twitter.com/nAanMySqkt

A sad farewell to Professor Stephen Hawking from everyone at the Royal Observatory Greenwich. His inspirational life and work helped us all to see what’s possible, both out in space and here on Earth. “Remember to look up at the stars.” pic.twitter.com/xZZib0g5Ws

Goodbye, Dr. Hawking. Few people knew that the depth of your courage facing disease was surpassed only by your flabbergasting depth of courage in physics. Love and Respect. pic.twitter.com/AORuFBBiQO

RIP Stephen Hawking - a renowned physicist who inspired the world while exploring the theoretical unknown, including many of our own staff and students when he received his honorary Doctor of Sciences degree in 1987 pic.twitter.com/iMahQWPnNN

A star just went out in the cosmos. We have lost an amazing human being. Stephen Hawking fought and tamed the cosmos bravely for 76 years and taught us all something importantabout what it truly means to celebrate about being human. I will miss him.

Twenty years ago, I checked out a video from the library involving outer space. To my surprise, a man in a wheelchair spoke through a computer about the beginnings and ends of the universe. I was swept up by wonder and the desire to keep learning.

March 8 is annually celebrated as International Women’s Day. This year, although a wide range of hashtags and discussions were making the rounds on Twitter, #WomensDay and #IWD2018 emerged as the more popular hashtags of the lot. Academic Twitter lit up with heart-warming tweets that paid tribute to remarkable women in science and academia, celebrating their progress and achievements. Here are some of the trending Women’s Day Twitter threads that you simply shouldn’t miss:

More than 70 names of #women are featured on this visual and all of these talented women in #science changed the #world for the better. They are today's inspirations for the younger generation. #InternationalWomensDay #WomeninScience #WomensDay #IWD2018 pic.twitter.com/zOFOU4iUhV

Why does #IWD2018  means so much to me? Because these two wonderful women shaped me become the man I am today. My strong as an ox and fearless like a honey badger mother and my fantastic mentor and caring PhD advisor, Barb Sherry (2nd mom). #WomensDay pic.twitter.com/Fpse9Wv5kt

Short for science communication, #Scicomm is a hashtag used by researchers and other scholarly publishing professionals interested in communicating science to a broader audience. With a focus on research outreach that goes beyond the journal article, they discuss the dissemination of research in interesting multimedia formats such as video abstracts, infographics, lay summaries, etc. Here are some of the trending discussions around #Scicomm during March:

My interest in doing #scicomm also came from the (frustrating) realization that as a researcher my main goal was to write papers that almost nobody would read. What's the point? Can we really call it knowledge if nobody knows about it?

This is BRILLIANT!!! Frontiers for Young Minds is a scientific journal focused on publishing scientific articles rewritten by the original authors for younger readers. #scicomm-ers, get re-writing! https://t.co/NxngRsyM9G

Dear emerging #scicomm peeps: If you have <500 followers & think you're doing cool work, ping Nicol with a "Hi, I do X!" Intro to self-nominate for #FollowThatScientist. https://t.co/v5KCf3Qhkt

Let me tell you a funny story about how I did #scicomm AT MY OWN WEDDING. I talked about fisheries science in a literal ball gown and tiara and it led to a collab! Friends, stop tearing each other down bc of how one looks. We are #strongertogether when we celebrate one another. pic.twitter.com/hqge3XSs7J

I am delighted to announce the new Geoscience Communication journal, which will launch at #EGU18 and for which I am the chief executive editor. It will be a platform to celebrate and support #scicomm in the geosciences: https://t.co/HC4H9IpYDx Cover by @MCeeP pic.twitter.com/NXhVdLvrzB

All around the world, March 14 is annually celebrated as Pi Day. Pi (π), a mathematical constant, is defined as the “ratio of the circumference of a circle to its diameter.” We’re sure you’re wondering how exactly one “celebrates” Pi Day? If you’re a math enthusiast, the official Pi Day website says that this day serves as the perfect time for you to “recite the infinite digits of Pi, talk to your friends about math, and to eat pie.” Here are some of the Twitter trends surrounding #PiDay:

In Albania, Belize, Canada, the Federated States of Micronesia, Palau, the Philippines, and the United States of America, today is 3.14, or #PiDay.

There you have it – an overview of the most memorable moments on academic Twitter in March. If you haven’t already participated in these discussions, it’s not too late. Follow these Twitter threads or contribute to the interesting conversations!

Did you find this article useful? Did you come across any other memorable moments on academic Twitter this month that you’d like to share with us? Write to us in the comments section below. We’d love to hear from you! We might ever feature your suggested tweet in this article if we happen to like it.