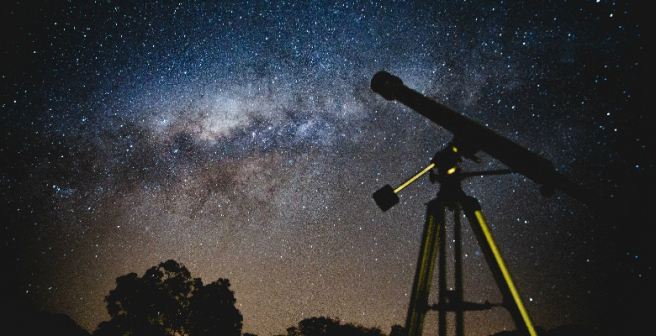 Over the past few years, astronomy has jumped to the forefront of science in South Africa. With the development of the Square Kilometre Array and the continued success of the Southern African Large Telescope, our country is an exciting place to be as a young astronomer. Although I’ve always had an intense curiosity and a love of mathematics, these massive projects drew a clear path for me into studying astronomy and physics at the University of Cape Town (UCT) in my undergrad, and doing my Honours in astrophysics and space science through the National Astrophysics and Space Sciences Programme (NASSP). From this year, I will be working toward a Master’s Degree in the field at UCT and the South African Astronomical Observatory. I first stumbled across astronomy by reading the late Stephen Hawking’s book, A Brief History of Time, and countless documentaries on Discovery channel and National Geographic articles. I was fascinated by how we could determine how our universe works on a fundamental level by observing the night sky. Unanswered questions, like dark matter and how galaxies formed, are what got me hooked. Astronomy and physics – which are interlinked with each other – both requiring two things I still enjoy: asking questions and doing math.

My research will be in extragalactic astronomy. In other words, I get to look at pretty pictures of galaxies about five billion light-years away and write a thesis about it (I wish it was that simple!). I will be concentrating on galaxy mergers – an important step in the evolution of galaxies and a small puzzle piece in how our universe got to the way it is today. My work involves analyzing observational data from telescopes and plenty of coding in Python.

However, this journey was not always easy. At the end of my Honours year, I decided to take a “post-graduation gap year” in 2018. Although I was still set on becoming an astronomer and getting my PhD, I was burnt out and wanted to try something different for a while. I spent five months working at the IAU Global Office of Astronomy for Development (OAD), which is hosted at the South African Astronomical Observatory in Cape Town and working on some creative projects. My work at the OAD involved writing articles about how astronomy had been used to promote sustainable development across the world. After my internship at the OAD, which changed my perspective on my responsibilities as a scientist, I found myself missing research and began working with my supervisor on turning my Honours project into a publishable paper.

When studying something as abstract and distant as astronomy, it’s easy to lose sight of the reality of living in a country like South Africa. I have made it my goal to promote the development and inclusion of a wider demographic diversity in STEM – and particularly in astronomy – in South Africa. As a brown, Muslim woman in a highly male-dominated field, it’s important for me to positively contribute to creating a scientific environment where everyone is welcomed.

One way of doing so – along with being a good role model as an academic – is to be involved in associations such as the UCT Space and Astronomy Society, where I served as a committee member for two years. That experience showed me the importance of communicating science and how astronomy, in particular, can bring people together under the same sky. Being part of the SAYAS blog team for 2019 also gives me the opportunity to expand on those goals, as a platform for me to engage with other young scientists across the country.

I enjoy planning, organizing, and self-improvement, so I’m looking forward to tackling the challenges my Master’s degree will bring with it. I’m happy to share advice on staying organized through the chaos that is a postgraduate degree, talk about the struggles we face as South African postgrad students, and sharing new developments in my research. I’m also excited to write more about astronomy and how it impacts us as South Africans.

Munira Hoosein Is a Postgraduate student. This story was published on January 31, 2019, on SAYAS Blog (available here), and has been republished here with permission.

What my postgraduate degree means to me 3 min read