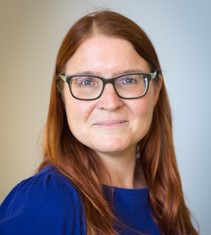 Tanya is a Professor of Sociology at the University of California-Merced. She is the author of five books: Race and Racisms: A Critical Approach (2018), Deported (2015), Due Process Denied (2012), Immigration Nation (2012), and Yo Soy Negro: Blackness in Peru (2011), and the editor of Forced Out and Fenced In (2018). She has also published dozens of articles in peer-reviewed journals on deportations, race and racism, and U.S. Latinos/as and Latin America, in addition to essays and chapters in edited volumes and online venues such as Al Jazeera, The Nation, Salon, and The Chronicle of Higher Education. Her innovative scholarship was awarded the 2010 Distinguished Early Career Award from the Racial and Ethnic Minorities Studies Section of the American Sociological Association. In 2013, she was awarded the UC Merced Academic Senate Award for Distinguished Scholarly Public Service. In 2016, her Deported was awarded the Distinguished Contribution to Research Book Award from the Latino/a Studies Section of the American Sociological Association. She is also the creator of the blog, Get a Life, PhD, which focuses on academic success and well-being. She is the 2017-18 Chair of the University Committee on Affirmative Action, Diversity, and Equity Committee for the University of California Senate and served on the Executive Council of the American Sociological Association from 2014 to 2017.