The best week of my life! 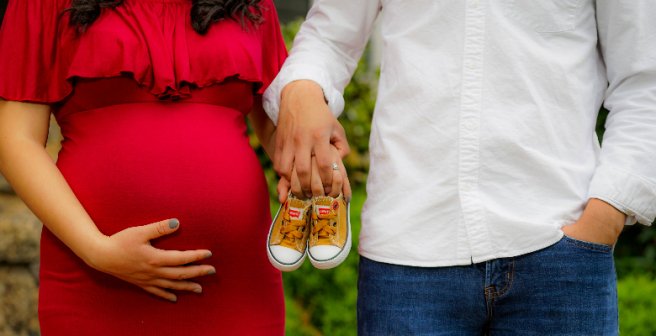 My week started off with a trip to the ultrasound place. We both were looking forward to it for a week because we would have gotten the envelope that had the sex of our baby in it.

Only, baby had other plans. The moment that she put the wand onto my stomach, we looked up and saw that our baby is very much, in fact, a boy. Phil’s heart had been set on a gender reveal party next weekend, but after that, we pretty much called and told everyone our news. I knew he was a boy from the moment I found out that I was pregnant. Sometime in my late teens/early 20’s, I had a dream that I was in a room with all of these babies. They all looked too small to even walk, so I was shocked to see them running around. I followed them up a flight of stairs until one fell backward and into my arms. I was amazed by how beautiful he was with his soft blonde hair and huge blue eyes. A voice from behind me told me that his name was Dylan and that he “wasn’t ready for me yet.” Then I woke up.

I knew I had met my future son, and I knew eventually he would be ready for me. I just knew that this was him when my 5 pregnancy tests all turned positive. Only, Dylan never really fit him and for the longest time, I wanted to name my son John Dylan, John for my grandfather and Dylan for the dream. Phil is on this Phil the third thing, but I really feel that it’s too much to put on a kid and kids need their own names and their own identities.

We’ve been kicking around John Philip which I really love it because it honors both our grandfathers who are no longer with us and gives our son his own identity. We have time to decide, but I’m really rooting for the latter choice. I was very close to my grandfather when he was alive, and I know that I was his favorite. I took his death really hard in high school and in a lot of ways, I think losing him really put me on the path I took as an adult. He would be nearly 100 years old today. I wonder what he would think of all of this and how he must be up there smiling thinking about becoming a great-grandfather.

I thought this was going to be my big news for the week, but it seems that life also had other plans. Yesterday as I checked my phone for the time, I saw a Gmail notification from my university. I didn’t breathe the entire time the email loaded. Coming in a whole FIVE DAYS before I was supposed to receive my results, it was the email containing my pass/fail notice on my doctoral comprehensive exam. And…I PASSED!!! I am officially a doctoral candidate and am now only waiting for my university to assign my doctoral mentor and committee before I plunge into dissertation. If I follow my plan, I will be done in a year and a half. I really can’t wait. I even hope I get there sooner because I am ready to be done and moving on with my life and career.

Katherine Kuzma-Beck Hart is an Adjunct Professor of English at Mercer County Community College. This story was published on February 13, 2018, on Katherine’s blog (available here), and has been republished here with her permission.

The best week of my life! 4 min read

Why I am questioning pursuing a PhD 10 min read

I had a miscarriage during my fieldwork 4 min read