The Breakthrough Prize awards researchers a total of $21.9 million 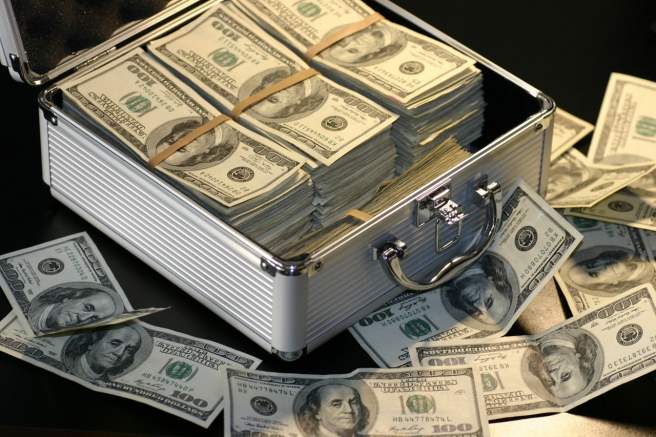 The richest award in science, the Breakthrough Prize, was presented on November 8 to researchers belonging to the fields of physics, life sciences, and mathematics. This year, a new category was added named “Breakthrough Junior Challenge” for students who created the best science or mathematics themed video.

The winners of the prizes for the year 2016 as declared on the official website by the Breakthrough Foundation are:

The 2016 Breakthrough Prize in Fundamental physics

The Breakthrough Prize in Fundamental Physics recognizes “major insights into the deepest questions of the Universe.”

This prize was awarded to five experiments investigating neutrino oscillation and will be shared equally among all five. The teams include: Daya Bay (China); KamLAND (Japan); K2K/T2K (Japan); Sudbury Neutrino Observatory (Canada); and Super-Kamiokande (Japan).

Workshop
Helping authors get their manuscripts submission ready: Workshop at Jeonju Presbyterian Medical Center, South Korea
Editage conducted a workshop for the audience who were…
595 views

In total, the five teams are comprised of more than 1,300 individual physicists, and all members will share in the recognition for their work. Additional information and the full list of the prize-winning team members are available on the official website of the Breakthrough Prize.

The 2016 Breakthrough Prize in Life sciences

Edward S. Boyden (Massachusetts Institute of Technology) and Karl Deisseroth (Stanford University and Howard Hughes Medical Institute) for the development and implementation of optogenetics – the programming of neurons to express light-activated ion channels and pumps, so that their electrical activity can be controlled by light

Helen Hobbs (University of Texas Southwestern Medical Center and Howard Hughes Medical Institute) for the discovery of human genetic variants that alter the levels and distribution of cholesterol and other lipids, inspiring new approaches to the prevention of cardiovascular and liver disease

Svante Pääbo (Max Planck Institute for Evolutionary Anthropology) for pioneering the sequencing of ancient DNA and ancient genomes, thereby illuminating the origins of modern humans, our relationships to extinct relatives such as Neanderthals, and the evolution of human populations and traits

The 2016 Breakthrough Prize in Mathematics

The Breakthrough Prize in Mathematics honors “the world’s best mathematicians who have contributed to major advances in the field.”

Ian Agol (University of California at Berkeley and Institute for Advanced Study) for spectacular contributions to low dimensional topology and geometric group theory, including work on the solutions of the tameness, virtual Haken and virtual fibering conjectures

The Breakthrough Prize was founded by Sergey Brin and Anne Wojcicki, Jack Ma and Cathy Zhang, Yuri and Julia Milner, and Mark Zuckerberg and Priscilla Chan. Reportedly, the awards were presented to the winners in an Oscar-style ceremony that was hosted by the founders of the prize and Graydon Carter, the Vanity Fair editor, at NASA’s Ames Research Center in Mountain View, California.