Why I switched thesis labs in graduate school
A day in the life of a trans PhD student
What does a PhD weekend actually look like?
Dreaming of the 'Dr.' title
Even in the face of failure and rejection, I'm proud of…

The first rotation is always the hardest 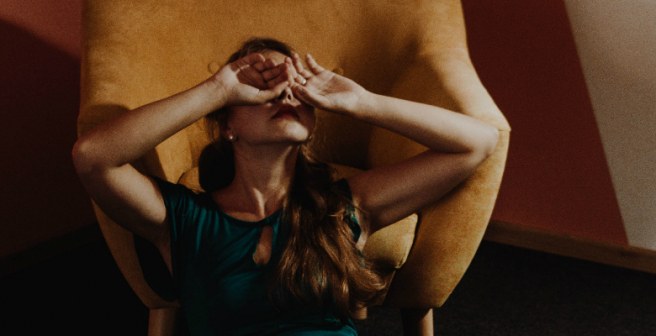 Though it may be difficult, it is also one of the best times of graduate school because there is less pressure on your productivity while you work on research that is likely not related to your future thesis, as you may not even choose that lab as your thesis lab. The emphasis of this time is much more to get to know the lab, the professor, the area of research, and figure out if this is a place that you would like to spend the next five or so years of your life working. If you’ve read my previous post “Picking a thesis lab is a lot like dating,” you hopefully understand how picking a thesis lab pulls at your emotions just like dating. Let’s just say my first rotation came with a rollercoaster of emotions.

From the time that I first looked into research at this school, there was one lab that stood out from the rest in appealing to my research interests. I read some of the recent work of the lab and met with one of the graduate students during my interview weekend since the PI (primary investigator, or professor) was out of town. Over the summer, I looked more into their papers and sent an e-mail to the PI to introduce myself as an incoming MD/PhD student, give a background on my research experience, and explain how the lab’s research fits with my research interests. I asked if they would be willing and able to take a rotation student from my program this fall and if they’d like to meet once I moved to campus.

The PI agreed on meeting and so, soon after I made my move, we met to discuss the potential of me rotating in the lab. There was some concern regarding my position as an MD/PhD student because of previous experiences with MD/PhD students trying to rush through their PhD to get to their clinical years. I reassured them that I was there to get a full PhD, that on the spectrum of PhD to MD, I was much more on the PhD side having planned to go that route alone for most of undergrad. Nonetheless, I was warned that PhDs tend to take a little longer in the lab, though the publications are often stronger than others. This time frame is perceived to be detracting to MD/PhD students as our education is already so long.

As one goal of the lab is to identify small molecules that have an anticancer effect, my desire to become an oncologist seemed to appeal to the PI. We felt that the first rotation would be best for me to be in the lab since during the second, they’d be getting chemistry students joining the lab (these students don’t rotate, they just have to get to know PIs by going to lab meetings and whatnot; then officially join a lab at the end of October). Our rotation assignments are ultimately decided by a committee to best fit everyone’s interests, so the PI helped make sure that we were matched by requesting me as a student in addition to me listing the lab as my first choice.

The lab assignments were released and we were matched! Before I had received my official assignment from our program, the PI had already found out and contacted me late on that Friday afternoon. Within 20 minutes of receiving their e-mail, I was at their office to discuss what I would be doing during my rotation and I spent the weekend reading papers to prepare. I was very excited to get started in the lab!

My assignment began that Monday and I started it by going to the 8 am lab meeting before my 8:30 class. I briefly talked to the 5thyear graduate student who was supposed to be my mentor and the PI introduced me to the lab. Being that it is a large lab, I didn’t really get to know many other students’ names but at least they got mine.

Following class, I met up with the graduate student and began my safety training. Most of the lab was in one building but three of us were in another, a few blocks away, so I didn’t really get a chance to meet many others in the lab. There was an older MD/PhD student in the lab, who I had talked with over the weekend at our retreat, who warned me that social cliques were strong in the lab, so I had to be extra careful to be on everyone’s good side. I was also warned that there was a hint of dislike toward MD/PhD students or at least biochemistry students as everyone but the one MD/PhD student was a chemistry grad student. Being separated from most of the lab made it difficult for me to get to know others and work on getting on their good side.

At my first subgroup meeting on the second day of my rotation, I met with my PI, a collaborating vet, my mentor grad student, a post doc, and another grad student who were all working on a similar research topic. There we learned that the post doc had got a new job and would be leaving in the next month. To help with his work, my rotation project was then changed to complement his work in which he synthesized potential prodrugs – so much for spending my weekend reading papers to prepare for my rotation.

This shift in my rotation project took me away from biology to a much more analytical chemistry perspective. In fact, it was similar to my research in undergrad. My mentor graduate student gave me some papers to read about the topic and after that I went to the post doc mostly for help, instead of the graduate student. I was okay with this because I was having a difficult time getting to know the student and I was becoming frustrated with having a mentor who did not seem too happy about having to help me. I know that it’s very important to know and get along with your fellow students but you just get to a point where it’s hard to continue to try. In fact, that was one of the most challenging parts of my rotation. They were 5th year students and had their thesis to focus on so it’s understandable that they were less receptive to helping a new student who wouldn’t be helping progress their thesis, but it still didn’t make my experience better.

Though it was a large lab, I was incredibly surprised by the amount of attention I received from the PI. I was frequently given papers that they thought were interesting and would be valuable for me to read, and then we would meet and discuss them to make sure I understood their value and talk about how they applied to our ultimate goal. It was through this that I was led in the direction of a possible area of work for my thesis and so by the end of my rotation, I knew what would best benefit the lab and myself as a potential research project. I liked the way this was done so that I wasn’t just told “this is what I would want you to do,” but more that I was directed toward that area of research, ultimately coming to it from my own experience in reading papers. I had many friends who did not have much interaction with their PI during their rotation, so I felt fortunate to be able to speak with mine regularly.

As I said, my rotation came with a rollercoaster of emotions. Some of the high points were actually getting assigned to the lab which was of high interest by many students, successfully optimizing an HPLC method for my analysis, and impressing the PI by not only reading the papers they gave me to read but finding others and bringing up what I read in those when we discussed the papers. Nonetheless, with the highs came the lows. As I previously mentioned, I was frustrated with not getting to know many students and having the ones who were supposed to mentor me not being too receptive. In time, I was able to meet more students and had some invite me to lunch, but the set-up of the lab made it difficult as it was many small rooms instead of a big open lab; so everyone was separated. Another low point was hearing from another MD/PhD first year who was interested in the lab that the PI had told him that they decided their lab didn’t fit with our MD/PhD program. After talking to other people in the group, I was reassured that they wouldn’t be showing interest in me if they thought that being MD/PhD actually would be detrimental to my success in their lab.

Ultimately, I left the lab after my five-week rotation with a good impression. I could see myself being highly successful in the lab, so now the real dilemma comes from deciding whether I could be more successful in this lab or one of the other two that I will be rotating in. I told the PI I would be in touch in the following weeks as I begin to experience a new lab because my interest in joining the lab may affect how many new chemistry grad students they take. Whether or not I decide that a large lab full of chemists is the best place for me, I do really like this PI and this research, and I would love to form collaboration if I choose a different lab so that we can still work together.

Hanna Erickson (@MDPhDToBe) is currently an MD-PhD Candidate at the University of Illinois. This story was published on October 8, 2013, on Hanna’s blog, MD, PhD To Be (available here) and has been republished here with her permission.