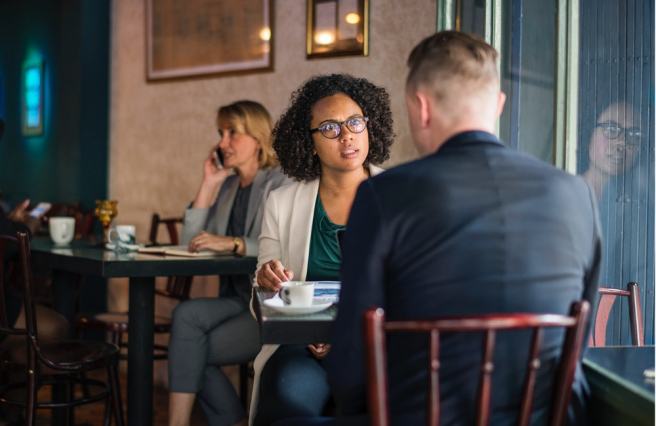 The research methods I planned to use for my PhD research were never a secret. This is because, as part of my PhD application in 2017, I was expected to disclose the research methods I intended to use. Among those methods, I positioned a largely qualitative online survey. Little did I know, that this data collection method was completely opposed to what my supervisor had in mind and expected of me.

Primarily, I come from a qualitative research background; I only dabbled in quantitative methods briefly during my Bachelor’s degree, as part of a mandatory research methods unit. But, since I understand the advantages of both methods, I proposed a mixed-methods design for my PhD research – that, and I wanted/needed the funding from my research council to do my PhD.

In my PhD application (which my supervisor himself approved), I was very forthcoming about my intended research methods. I mentioned that the quantitative aspect of my mixed-methods design would start and stop with descriptive statistics for my survey, and that the rest of my research would be solely qualitative. I thought this would satisfy my research council and my supervisor, but I could not have been more wrong!

My justification for proposing an online survey was sound. There was no way my supervisor could argue this; even if he tried. His problem lay in that he thought the survey would be a waste of time and that I would not gain any helpful data from this method. I can only assume that his aversion stemmed from being an ethnographer and never having been previously subjected to quantitative methods.

Throughout the planning and designing process of my survey, my supervisor let me be. His feedback was sparse but I did not mind; I was well aware that survey research was outside of his expertise. In order to facilitate (or looking back, humour) my proposed research, my supervisor even suggested books and other staff who might have been able to assist me, but it was clear he was not interested in that part of my research. His lack of interest I could understand and take. However, his complete disapproval I did not expect.

As time passed, due to my own confidence in my methodology, I went ahead with my survey without my supervisor’s input. So, he was unaware that I was proceeding without his final approval. I guess he was waiting until the last minute to try and persuade me not to go ahead with my survey, despite knowing the time and effort I was ploughing into the design. Much to his disdain and sheer horror, at the meeting in which he was planning to tell me to scrap my survey, I told him I had already made it live and that I already had half the responses I needed. In that meeting, entitled to his own opinion, my supervisor did not hold back in telling me exactly how useless he thought my research would be.

I walked away from that eventful meeting both sorry and motivated. I was sorry that I had clearly upset my supervisor by essentially ignoring parts of his advice – this I could not change, but I did set out to rectify it as best as I could.  However, I was also motivated to show him my vision. I strategized that if I could convince my sceptical supervisor that my survey had purpose, then this would be my biggest battle and my greatest preparation for any viva. I knew from that meeting that the one person who hated my survey the most, was the one person who also had to support me through it; this was a strength in itself because I knew he would not let anything wrong about it slip.

Because I was determined to address all the weaknesses my supervisor thought my survey would have, I ended up creating a robust sampling strategy which would have otherwise been the greatest unforeseen flaw in my research. My sampling strategy is what made my survey the success it was, and is one of the major reasons why it has surpassed similar surveys done in the past. In many ways, I am lucky my supervisor was so critical of how my survey would pan out, else I might not have been as proud of my survey and possibly even proved my supervisor’s concerns.

I will not lie, it was a disconcerting feeling to know I was working against my supervisor’s desires. I have a lot of respect for him and his opinions, but for my own integrity and satisfaction, I had to do what I felt would be best. I had a deep-rooted feeling that my research method was justified and that while he could not see my vision, I hoped that in time I would be able to show it to him. Nonetheless, the ten-month journey from data collection, through analysing my data, and writing something to show my supervisor was quite lonely. I knew he would not want to discuss my analysis or how I intended to present my data. I knew anything I did with my survey would have to be self-directed and that he would not be likely spare much time on anything to do with my survey until he had to, from a departmental perspective. I knew that any answers I was looking for, I would have to find myself.

I am very fortunate that everything I set out to achieve through my survey, I was able to. I am thoroughly aware that I took a great risk, and that everything my supervisor feared could have in fact become a reality. But I persevered anyway, and I do not regret my decisions. Judging by how amazed he was with my data and my findings, I think I managed to convince my supervisor that my survey was not a waste of time in the end. He is still doing his level best to make sure I have an answer for every aspect of my survey, especially anything that is remotely quantitative about it. But I am not deterred, and I will continue with my research as proposed. I am, however, somewhat grateful that my supervisor has regained interest in my research, can now see why I had to do what I did (I think), and can even see how my research links to his. But none of this will stop me from grumbling about anything I possibly can...

Academic Grumbles (@AcaGrumbles) is a PhD student in England, UK.