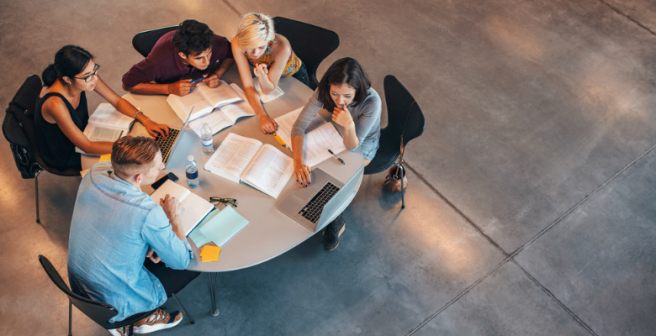 Scientific advancement has its roots in knowledge and data sharing. Unsurprisingly, in recent times, the success of research projects is determined not just by the publications they produce, but also by the data they make available to the wider community. Many journals have recognized the ineffectiveness of published research that is unsupported by the underlying data, and have made it mandatory to submit supportive data along with manuscripts.

The benefits of sharing data are immense: research findings can be validated through replication of studies or a new hypothesis may originate from the same dataset. Although most researchers agree that data sharing is the scientific ideal, there exists a widespread skepticism regarding making their data publicly accessible. According to a large survey Wiley conducted, these are some of the primary reasons behind researchers’ hesitation in sharing raw data:

Despite this, many researchers do share their data. While a number of studies have focused on the reasons behind researchers’ hesitation to share data, data sharing practices, and how data can be shared, the motivation behind data sharing has not been explored in depth. Recently, Knowledge Exchange (KE) – a partnership between organisations in Denmark (DEFF), Finland (CSC), Germany (DFG), the Netherlands (SRUF) and the UK (Jisc) – published a study “Sowing the seed: Incentives and motivations for sharing research data” that provides an international perspective on issues related to research data management and sharing. This report attempts to uncover the reasons behind the decision of researchers to share their data. KE conducted interviews with research groups and individual researchers across disciplines and found that the incentives behind data sharing fell into four main areas:

The study also points out that when researchers talk about ‘data sharing’ they are referring to a variety of different ways in which research data are exchanged with other researchers, such as private management sharing; collaborative sharing; peer exchange; sharing for transparent governance; community sharing; and public sharing.

The KE report makes some detailed policy recommendations for research funders, learned societies, academic institutions, publishers and data centers with the viewpoint of encouraging and supporting data sharing among researchers. However, it was evident from the study that funders play a seminal role in developing data sharing policies that would ensure that the shared data is not misused. It is also vital for funders and publishers to consider the sensitivity of data while chalking out formal data policies. Moreover, it falls upon the funders to reward researchers who share quality data.

The advent of big data has massively expanded the capacity to store and share data. Therefore, data sharing is an important step toward promoting open science and providing more avenues for scientific advancement. Data sharing is central to science, so a change in the collective attitude toward data sharing would catalyze the progress of science.

10 Must-know data management tips for researchers
What if your research data is stolen or lost in a lab…
7.9k