Top 10 books and other resources on academic writing for researchers 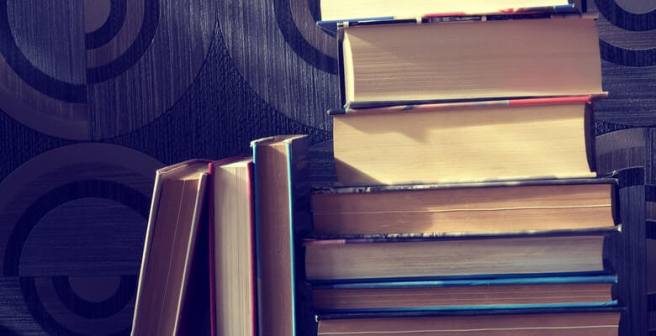 In his book 10 Novels and Their Authors, William Somerset Maugham, the well-known 20th-century English writer, recounts that one day, he was asked by a publisher to make a list of what, in Maugham’s opinion, were the ten best novels in the world. Talking of that list, Maugham adds:1 “Of course my list was arbitrary. I could have made one of ten other novels, just as good in their different ways as those I chose, and give just as sound reasons for selecting them.”

As I attempted to list the top ten books or other resources on academic writing, I remembered those words and took comfort in that. However, the purpose of this article is more practical, and although others would make a different list, I like to think, as Maugham did, that “in all the lists most of those I have chosen would find a place.”

The other consideration that has driven the choice of books for researchers is to focus on books that will show you how to be a competent writer over time by showing you what good writing is and what it takes to be able to write well, although I have also included three resources for researchers to help you during the task of writing, sources that are more in the nature of reference tools similar to well-known style guides—which I have excluded deliberately, simply because they are already widely known. For the same reason, I wanted to highlight some of the lesser-known books for researchers (actually, for academic writers) that deserve to be more widely known.

That said, here, in random order, is my list of the top ten resources for researchers.

Few have subjected academic writing to such scrutiny as Helen Sword has done, and the results of her study are for everyone to use. She began by asking ‘more than seventy academics from across the disciplines to describe the characteristics of “stylish academic writing” in their respective fields’. She then analysed ‘books and articles by more than one hundred exemplary authors recommended [to her] by their discipline–based peers’ and analysed in great detail a corpus of a thousand articles from ten disciplines taken from the top journals in each discipline. Helen <www.helensword.com> also offers a free test of how good your writing is at <https://writersdiet.com/>.

2. Words of Science and the History Behind Them

Words of Science also has a companion volume, namely More Words of Science, both written by Isaac Asimov, that most prolific of science writers perhaps of all time. Although far from recent (the books were published in 1959 and 1972), any academic writer will do well to dip into these books now and then because, as Asimov puts it, ‘scientific vocabulary is the bridge by which we enter the land, not the wall that keeps us out.’ The books are arranged alphabetically and consist of short essays, each on one selected word. The essays not only explain what the word in question means but also how it was derived, how it is used, and, where required, how it is pronounced. Some may think these two books to be an odd choice for this list of books for researchers but it is not—after all, words are the building blocks of any writing.

For those who find it hard to find the time to write or suffer from the writer’s block, Paul Silvia has come up with some excellent advice. At fewer than 150 small pages, How to Write a Lot (2nd edition, 2019) is packed with lots of practical advice and shows that productive writing is a skill that people can learn.

A history of academic peer review
Although peer review is a fundamental quality control…
2.6k

4. On Writing Well: The Classic Guide to Writing Nonfiction

As the subtitle claims, this is indeed a classic, the 6th edition of which was published in 2001. William Zinsser wrote the first edition in 1976, when most of the writing was done either by hand or using a typewriter. As Zinsser puts it, the ‘word processor made good writers better and bad writers worse.’ However, On Writing Well is a concise and readable guide that teaches the ‘craft of writing warmly and clearly.’

5. The Sense of Style: The Thinking Person’s Guide to Writing in the 21st Century

Steven Pinker is a scientist who studies cognitive psychology. On top of that, he is a best-selling author of such books as The Language Instinct and Words and Rules. Illustrated with examples of good writing and poor writing, The Sense of Style is ‘designed for people who know how to write and want to write better’ and is one of the more recent books for researchers.

Mental health and well-being resources during the COVID-19 pandemic
In the first part of this republished webinar series,…
2.3k

Again, as the subtitle claims, John Swales and Christine Feak draw on their considerable experience of as writing instructors at Michigan’s English Language Institute to show how writers can tackle different kinds of writing. This first-hand experience makes their book one of the top resources for researchers.

7. Simple and Direct: A Rhetoric for Writers

Jacques Barzun wrote several memorable books for researchers, academics, and scholars. The Modern Researcher is one of the more widely known of those books. Barzun cared for scholarship and was also particular that the fruits of scholarship be expressed simply and clearly. In Simple and Direct, he writes not only about choosing the right word and arranging the chosen words in clear syntax but also touches upon the right tone and the need to revise your writing.

Whereas nearly all the books for researchers mentioned so far are for background reading to master the craft of academic writing, The Editor’s Manual <https://editorsmanual.com/> is a website to be used more as a reference to look up bits of specific advice while engaged in actual writing or revising. The contents are divided into four main categories, namely usage, punctuation, style, and grammar, so that users can quickly find specific and relevant information in settling a particular query.

A handy writing tool, the academic phrasebank <https://www.phrasebank.manchester.ac.uk/> is a particularly useful resource for researchers who are struggling to paraphrase – trying to express the relevant findings of your fellow researchers in your own words instead of copying them verbatim – (and, in the process, escape the ‘similarity check’ that may point to plagiarism). The phrasebank groups typical phrases used in academic writing by the typical sections of a research paper, such as introduction, method, and results, so that users can turn to the more common phrases that are often used in the respective sections.

Designed to cater to those who are learning English specifically for purposes of academic study, this dictionary supports meaning of each word with example sentences drawn from authentic academic texts. I had reviewed this book a few years ago,2 and it was the first resource that came to my mind as I began compiling this list of books for researchers. The print version comes equipped with a disk, which contains a writing tutor for ready reference.