Trees in the Amazon make their own rain 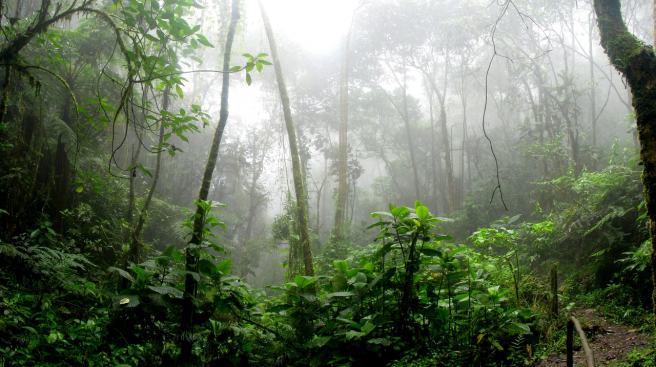 Rainfall begins sooner in the Amazon and the source of this has always remained a mystery. A lot of research was conducted previously to study this but the phenomenon had continued to confound the researchers. The water vapor was visible but the scientists weren’t able to trace the source. The new research, which is published in the journal Proceedings of the National Academy of Sciences (PNAS), studied water vapor data from NASA's Tropospheric Emission Spectrometer (TES) on the Aura satellite. After analyzing the data, researchers discovered that the clouds that were seen at the end of the dry season were a result of the evaporated water from the forest itself.

Rong Fu, a climate scientist at the University of California, Los Angeles who was involved in the study stated that the increase in the ‘rain’ coincided with the rainforest growing and an overall increase in fresh leaves. This growth in leaves directly influences the process of photosynthesis, which is the plant’s ability to transform energy. During photosynthesis, water vapor is released from small pores on the underside of their leaves thereby creating clouds.

In a 2012 study, scientists had tried to study the connection between the trees in the Amazon and rain. They discovered that plants release tiny salt particles that help the atmosphere get ready for rain. But the new study effectively establishes that plants play an important role in creating and regulating the rainy season.

The research also throws open a long-standing debate about the importance of plants with regard to weather. Debunking the traditional view of plants merely being passive, the study indicates that they can play an active role in creating rain. Additionally, the study also highlights how practices such as deforestation will have to be curbed to address drought. Researchers are now keen on studying rainforests in the Congo to understand if the same phenomenon is at play there.