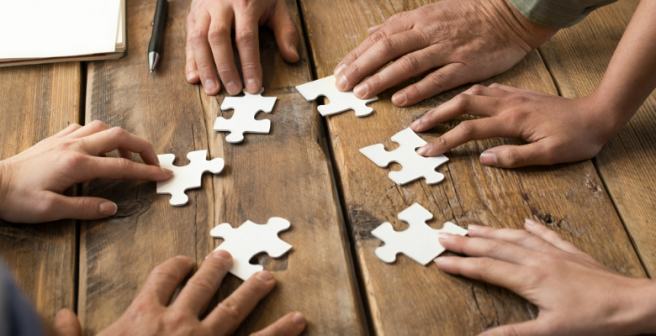 Globally, science and technology is making great strides. Remarkably, developing nations are fast catching up with the developed nations in terms of R&D investment, technological advances, research output, and research outreach. To map these changes and understand the latest trends across the world, the US National Science Foundation (NSF) put together a report Science & Engineering Indicators 2016 that was released in January 2016. This detailed report serves as a resource for federal agencies to design policies and understand the leanings of various nations when it comes to research. Let’s take a look at some of the most significant highlights of the report.

Worldwide, the expenditure on R&D came up to an estimated $1.671 trillion in 2013, which means it has doubled in the last decade; the figure in 2003 was $836 billion. The expenditure of United States forms 27% share of the global total, making it the leading nation in terms of R&D performance. China comes a close second with 20% of the global share, totaling $336.5 billion. Its investment is almost equivalent to the total investment by the European Union. The countries that form the next tier in terms of R&D investment are Japan, Germany, South Korea, Russia, the UK, and India.

Collaborations are on the rise

The statistics show a tremendous spurt in collaborations. According to the report, “The percentage of publications with authors from different countries rose from 13.2% to 19.2% between 2000 and 2013.” Increased R&D expenditure, improvement in communication technology, a growing number of trained researchers are deemed to be the pillars behind increased collaborative projects. The field of astronomy reflects the highest number of collaborative ventures with half of its publications having international coauthors. Remarkably, US authors collaborate most frequently with Chinese authors: 18.7% of U.S. international publications have coauthors from China. On the other hand, China and Canada have unusually high percentages of U.S. participation in their own internationally coauthored publications (45.6% and 44.4%, respectively).

Course
How to prepare and plan to write
A well-planned and well- written research make sense…
2.7k views

East and Southeast Asia is turning into a hub of scientific development, joining the ranks of North America and Europe. The R&D spending in this region has accounted for about one-third of the global increase in R&D spending over the 2003–2013 period. While in 2013, the U.S. had an R&D intensity of 2.7%, Israel and South Korea had a ratio of 4.2%. Moreover, South Korea and Taiwan have experienced rapid growth in patenting and in intellectual property exports, and the resulting income gained in these regions has increased over the decade.

Developing nations tend to reflect rapid growth rate, which is typical at early stages of economic and technical development. In comparison, developed nations tend to show a slower pace of growth. This allows the developing nations to get closer to the developed nations in terms of progress rate, a trend that is clearly reflected when one looks at the progress China has made in a decade in its R&D investment, science and engineering output (its share being larger than that of the U.S.), and global share of publication (tripled from 6% in 2003 to 18% in 2013). Other developing nations that have made promising progress include India and Brazil.

Infographic
What's the score: How the G20 nations performed in research in 2018-19
An infographic depicting the 2018-19 research…
1k view

Knowledge flow can be observed by looking at the citation patterns of various regions. The factors that influence these patterns are culture, geography, and language ties, and perceived impact. Predictably, U.S. publications receive the maximum number of citations, most of which are cited by Canadian and United Kingdom authors. The report observes that while researchers are most likely to cite a work in their native language, they often make references to works published by foreign researchers.

Discussing the report, Dan Arvizu, chairman of the National Science Board, observes that, “The scientific landscape is increasingly multipolar.” With collaborations on the rise and the emergence of new citation and knowledge flow patterns, the world of science and research is clearly undergoing a huge transformation. Policy makers, institutions, and funding bodies would have to consider these factors when making decisions about grants, funding, and collaboration.