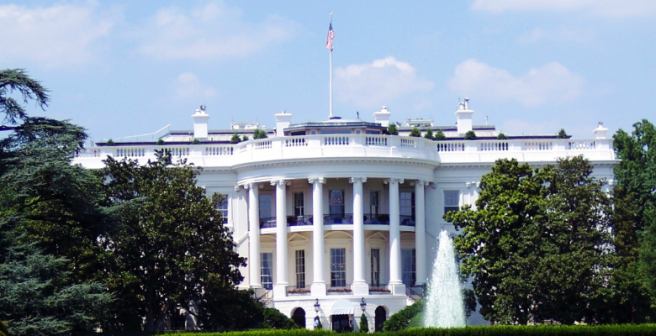 US President Donald Trump announced his budget proposal for the fiscal year 2020 demanding major cuts in the spending of several government science agencies, for the third time in a row.

The budget for the fiscal year that begins on 1 October calls for a slashing of federal research initiatives while increasing the investment in quantum information science, wireless 5G communications, and advanced manufacturing, and artificial intelligence. Kelvin Droegemeier, the president’s science adviser, said that the budget “promotes responsible spending [by] prioritizing high-impact programs that have been shown to be effective.”

According to the proposal, several federal agencies would experience funding cuts. A 13% cut is proposed in the spending of the National Institutes of Health (NIH), while a 12% cut is proposed for the National Science Foundation (NSF). This means a $5 billion cut for the NIH, restricting it’s spending to $34.4 billion, whereas the NSF’s funding will be brought down to $7.1 billion dollars. Joel Widder, a research lobbyist at Federal Science Partners and a former NSF public affairs officer notes that the funding for NSF in this budget proposal is even lower than what it was in the 2015 budget.

The budget proposal also includes a plan to replace the Agency for Healthcare Research and Control (AHRQ) with National Institute for Research on Safety and Quality, a new addition to NIH’s current 27 institutes, a move that was earlier rejected by Congress. Benjamin Krinsky, associate director for legislative affairs at the Federation of American Societies for Experimental Biology in Rockville, Maryland, called Trump’s proposal “a disaster for science” and added that he believes Congress is not likely to accept this proposal since it also rebuffed his earlier proposals.

Is it usual for a peer reviewer to demand an executable file to check results?
I have just received a decision letter for my…
9.8k

Apart from NIH and NSF, the budget for the National Aeronautics and Space Administration (NASA) would be cut down by 2%. The proposed budget of $21 million focuses mainly on the administration’s goal to send astronauts back to the moon. Likewise, the funding for NASA Science will be cut by 8.7%, bringing it down to $6.3 billion while the budget for Earth science will be trimmed down to $1.78 billion, which means a reduction by 7.8%. A major downsizing of 29% will also be seen in the astrophysics budget, reducing it to $845 million.

The administration also demanded to shrink the budget for the US Environmental Protection Agency (EPA) by 31%, bringing it down from $8.8 billion dollars to $6.1 billion dollars. Elgie Holstein, senior director for strategic planning at the nonprofit Environmental Defense Fund, expressed his dissent over the administration’s failure to address climate change in the budget and the subsequent cut in EPA’s funding. Similarly, the Department of Energy Office of Science is set to lose nearly 17% of its current funding as the proposed budget stands at $5.5 billion.

Remarkably, the budget for the US Food and Drug Administration will see a significant raise of $362 million, totaling it to $3.3 billion. Stephen Grossman, deputy executive director of the advocacy group Alliance for a Stronger FDA in Silver Spring, Maryland, welcomed the move. “The agency will be able to apply new monies to important programs,” he said.

This draft of the proposal is just the beginning of the 2020 budget discussions and it remains to be seen which of Trump’s proposed cuts get an approval by Congress. Many scientists and agencies have expressed their disapproval and concerns over this proposal. Rep. Eddie Bernice Johnson (D-Texas), chair of the House Committee on Science, Space, and Technology, said, “This proposal is simply absurd and shows a complete disregard for the importance of civilian R&D and science and technology programs.” As Congress rejected similar demands raised by the Trump administration for cut in science funding in the past two years, Benjamin Corb, director of public affairs at the American Society for Biochemistry and Molecular Biology in Rockville, Maryland said, “I look forward to Congress rejecting these budget cuts, just as they have rejected all the other cuts the president has proposed.”

Learn about final checks and revisions before manuscript submission

How do you see the U.S. federal budget shaping up? Do you have any thoughts on the cuts to scientific funding? Please leave a comment below to tell us what you think!