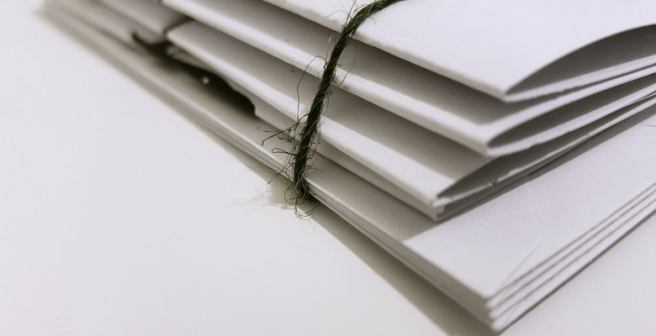 In a decisive move, the Biden-led administration recently announced a reversal of restrictions implemented by the Trump administration in June 2019 on government-funded research using fetal tissue. The National Institutes for Health (NIH) will no longer convene the Human Fetal Tissue Research Ethics Advisory Board to review new external grants, but will continue to require that researchers obtain consent from donors, do not pay for such tissue, and follow any state laws governing the research. The announcement by the NIH has cleared the way for government funding of research on treatments for several ailments, including COVID-19. Biomedical scientists will now be able to resume the use of fetal tissue from elective abortions, in a regulated manner, for crucial research projects.

The announcement was met with mixed reactions

The announcement reignited scientific, ethical, and moral debate on the use of fetal tissue for medical research. Anti-abortion advocates decried the policy change and vowed to make it an issue in their campaign to flip control of the House of Representatives and Senate in the mid-term elections. The National Right to Life Committee condemned what it called a “sickening decision” by President Joe Biden’s administration. Tony Perkins, president of the Family Research Council, wrote in a statement that taxpayers now will be forced to pay for “barbaric experiments” using tissue from abortions “instead of using ethical and effective alternatives.”1 Other organizations, like the Charlotte Lozier Institute, have been pushing for the use of alternative methods of research.2

On the other hand, The International Society for Stem Cell Research (ISSCR) the largest professional organization of stem cell researchers, welcomed the return to evidence-based policymaking and the lifting of what it called “arbitrary restrictions.” They stated that research funding should be based on “the scientific and ethical merit of each proposal.”

Figshare - A data sharing platform for academics and journals
While pursuing his PhD in stem cell research, Dr. Mark…
19.7k

In spite of its controversial nature, many medical and scientific breakthroughs including the development of vaccines, owe their success to fetal tissue research. One of the key features that makes fetal tissue research useful for biomedicine is that they are uniquely adaptable, capable of replicating quickly, and don't have the same immune response as adult cells. Lawrence Goldstein, a distinguished professor at the University of California San Diego School of Medicine, said because these cells are not fully developed, they can be useful for many things - like trying to develop replacement organs.3Fetal cells, sometimes referred to as “immortal cells” are used to create cell lines and cell cultures that can be grown indefinitely in the lab and used as a stable medium for experiments. As an example, a 2017 study estimated, that a well-known cell line - WI-38, played a fundamental role in the development of vaccines that have saved up to 10 million lives globally.4

The controversial politicization of research

Given its invaluable importance, the recent ban by the Trump administration on fetal tissue research has proved detrimental to possible medical breakthroughs. Interestingly, this was not the first time that fetal tissue research came under the scanner. Former US President Ronald Reagan had in 1988 placed similar restrictions on federal funding for fetal tissue studies, which stayed in place until President Bill Clinton overturned them in 1993 during the first year of his term.5

In 2019, the Trump administration, under pressure from allied anti-abortion groups made it mandatory for scientists seeking federal funds to provide elaborate justifications of their need for human fetal tissue, and set up an ethics board to review these proposals. The board quickly became filled with anti-abortion ethicists who rejected all but one of 14 funding applications.  Unfortunately, this meant that a number of critical research projects suddenly came to a halt.

Scientists however, were quick to point out that despite objecting to fetal tissue research and directing that the ban on it be imposed, Trump personally benefited from it last year when he contracted Covid-19. He was treated with monoclonal antibodies developed using fetal tissue obtained through abortion.6

Positive impact of fetal tissue research on medicine over the years

Fetal tissue research, which dates back to the 1930s, has led to the creation of one of the biggest medical advances of the 20th century: the polio vaccine. Scientists have used it to create vaccines and to improve a wide variety of techniques used in medicine, such as in vitro fertilization. It has also been used to study birth defects, eye diseases, Parkinson's and Alzheimer's disease, AIDS and spinal cord injuries.

According to the American Medical Association, fetal tissue has also been used to study the “mechanism of viral infection and to diagnose viral infections and inherited diseases, as well as to develop transplant therapies for a variety of conditions.” In fact, over 322 million illnesses were prevented by vaccines developed through fetal tissue research between 1994 and 2013, according to the Centres for Disease Control and Prevention, along with 732,000 premature deaths. The vaccines also saved $1.38 trillion in “total societal costs” during that time frame.8 Ongoing research using cells derived from fetal tissue includes work on neurodegenerative diseases such as Parkinson’s, Alzheimer’s, amyotrophic lateral sclerosis, spinal cord injury, stroke, retinal disease, and age-related macular degeneration.