Patent trolls: What they are and how they affect innovation…
Patents 101: What are patents and how do you acquire them?
How to prepare a provisional patent application
Elsevier patents online peer review system; sparks debates…
Are you gearing up for the 2017 Nobel Prizes? 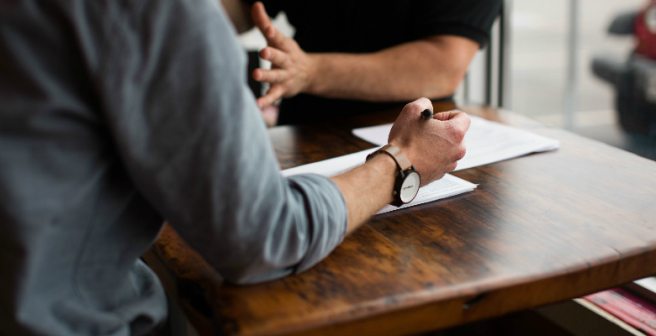 A fierce legal battle has ensued between two research groups over the patenting rights of the CRISPR-Cas9 gene-editing technique. CRISPR, short for ‘clustered regularly-interspaced short palindromic repeats,’ was hailed as one of the biggest breakthroughs of 2014 as it could likely rid humans of deadly diseases and help in growing organs in labs, among many other applications.

Jennifer Doudna of the University of California, Berkeley; and Emmanuelle Charpentier, of the Helmholtz Centre for Infection Research, have both applied for a patent over the use of CRISPR technology in mammalian cells. However, the U.S. Patent and Trademark Office (USPTO) declared that these patents interfere with those granted to Feng Zhang, a scientist at the Broad Institute in Cambridge, who already owns around 12 patents that detail the use of CRISPR.

The legal dispute mainly arose because Doudna and Charpentier, who were affiliated to the University of California when filing their patent application in March 2013, whereas Zhang filed his application in October 2013. However, under a special expedited review program requested by Zhang’s institution, he was granted the patent in April 2014 before the original application by Doudna and Charpentier was considered. Therefore, the University of California requested the USPTO to review the patent and begin an interference proceeding so that the actual inventors of the technique are justly granted the patent.

Previously, USPTO honored the first inventor with a patent. However, the rule has changed after 2013 and now patents are awarded to those who apply first. Since Doudna and Charpentier filed for patents before the change in the law, it is possible that the older rule may be considered in their case. Patent disputes among institutions are not uncommon but they are rarely as intense as the one in question. Arti Rai, a legal scholar at Duke University in Durham, says, “This seems more bitter than disputes I’ve heard of in the past.”

Q&A
How to handle a dispute regarding ownership of biological samples?
Researcher A collected (under the PI Researcher B and…
6.4k views

A lot rests on the outcome of this legal proceeding. Whoever wins the patent would benefit monetarily: any company that hopes to use the technology commercially would have to acquire license patents from the winning party. In fact, many companies have emerged that want to use the CRISPR technique and have been raising a decent amount of money from investors who think the technology could be used commercially to develop new treatments. For instance, Editas Medicine, a Cambridge-based startup company that is interested in the CRISPR technique, recently declared that it has planned a $100 million initial public offering.

The USPTO has termed Doudna as the “senior party” and Zhang as the “junior party,” suggesting that prima facie Doudna seems to be the first inventor of CRISPR. However, for a fair decision, both the parties will have to provide adequate evidence to prove that they were the first ones to invent the technique.  USPTO has appointed a panel of three expert judges who form the Board of Patent Appeals and Interferences to determine which party should rightfully own the patent.

On a positive note, both the institutions have made the technology free for use for basic research and intend to continue doing so. It remains to be seen who ultimately emerges with the patent.

Control of CRISPR, biotech’s most promising breakthrough, is in dispute (accessed January 15)

CRISPR Dispute to Be Decided by Patent Office (accessed January 15)