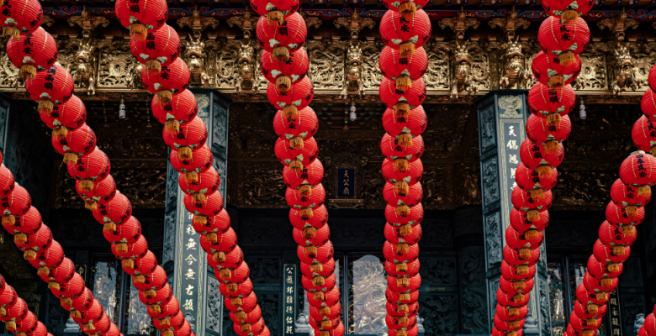 China is the top annual producer of PhDs in the world today, having surpassed even the US since 2008. Despite the fact that post-graduate programs in China resumed only in 1978 after being stopped completely during the turmoil of the Cultural Revolution, there has been an exponential growth in the number of PhD graduates in China. In 1978, only 18 students were enrolled for doctoral courses, but since then, the number has grown at an average rate of 24% per year, with the last decade witnessing an exceptional spurt of growth: in 2002, only 14,368 doctorates were awarded in China, but by 2005, the number had nearly doubled (27,677) and by 2010, it was four times of what it was in 2002 (48,987). Since an educated workforce is the key to economic development, it is no surprise that China, with its rapidly growing economy, has set ambitious plans for educational development and reform. According to official information published on the website of the Chinese Ministry of Education, the country aimed to award 125,153 doctorates in 2011, which is about two and a half times more than the number of PhDs actually awarded in the previous year.

There has been a PhD boom across the globe over the last decade. However, in most countries, such as the US and Japan, this is a growing cause of concern as academia does not generate enough jobs to absorb all the PhDs, and the industry sector is unable to accommodate the surplus. The result is that many PhD holders are bound to take up jobs that lack status or security, are poorly paid, and do not utilize their knowledge and experience.

However, the situation in China is not as alarming as in other countries as the country’s rapidly growing economy and consequent capacity building provide more employment opportunities. However, the trend in the recent years is somewhat disconcerting for the Chinese government as unemployment among new postgraduates was higher than for undergraduates from 2010-2012. The government is trying to address this problem by increasing the number of professional PhDs and by moving research from academia to industry.

The main cause of concern, however, is the low quality of Chinese PhD graduates and an increasing mistrust in the Chinese tertiary education system. Those with PhD from China have problems getting placed internationally. Even in their home country, a PhD degree obtained from a Western university tends to be regarded as superior, and the top positions in the leading universities and institutes require a training or postdoctoral degree from abroad. As a result, overseas study has become increasingly popular among China's young scientists. However, once they go abroad to study, most often, they get a job there and do not come back. This is a vicious circle which is leading to a continuous drain-out of the top talents in the country.

What are the reasons behind the poor quality of the postdocs churned out by Chinese universities? Many attribute it to the short duration of the PhD program. It takes just three years to get a PhD degree in China, as opposed to 5-7 years in the West. Additionally, the enrolment in PhD programs has increased by around 23.4% annually since 1982. However, the number of qualified professors needed to supervise such doctorate programs has not increased at the same rate. According to a recent study, on an average, the professor student ratio in doctoral programs in China is 1:5.7, which is much higher than the average ratio internationally. Moreover, many of the existing supervisors are not well-qualified. Also, there is no quality control system and no clear mechanism for weeding out incompetent students. The faith in the system has been further shaken by the rise in instances of academic corruption, such as officials or businessmen obtaining PhD degrees unscrupulously using money, power, or influence.

China is aiming to address the quality issue by recruiting more scholars from abroad to supervise the existing programs. In an attempt toward quality control, Chinese universities and institutions have also started to introduce thesis committees and the system of rotations. This will ensure that the system is not hierarchical and that no single person or group of persons can wield too much of influence over the system. Major initiatives are being taken to reform the tertiary education system. Hopefully, in the coming years, China will be the lead producer of PhDs in terms of quality as well.

Where does China stand in the global PhD boom? 4 min read