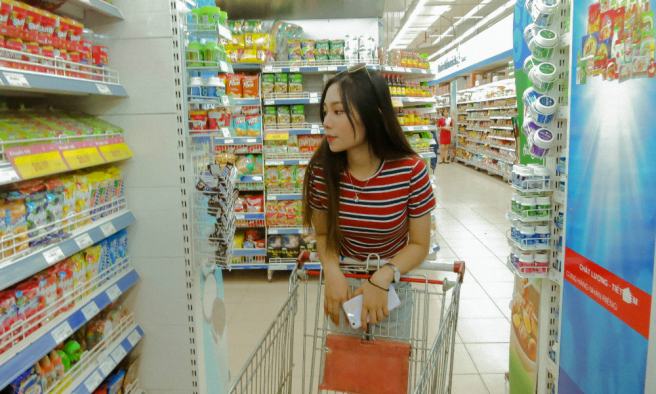 The high school was the one I graduated from seven years ago. When I arrived, I discovered that they had changed the names of the houses. Two are now named after past students who became prime ministers. These names, printed in giant bold letters, hung overhead in a symbolic way as my fellow alumni and I ate pre-careers-night biscuits.

I was one of two speakers for the “science” careers session. In an email, I was given a list of suggested topics to cover. What has your career pathway been? What are some job titles of people you work closely with? What is one aspect of your current job that you love/hate?

I’m not sure I had even considered what I do as a “career.” Having a “career” implies some kind of purpose. So far, my purpose has been to avoid job hunting for as long as possible. I tried not being a student, once; it was disconcerting. I had far too much time and money. After working for six months, I panicked and applied to do a PhD.

Being a PhD candidate is a kind of confusing limbo between “student” and “professional.” I have a student card, but I’m not eligible for student concessions on public transport. I have an income, but it’s a scholarship rather than a salary. Whenever I fill in surveys, my answers end up with bizarre contradictions that make me sound like a drug dealer. Are you a full-time student? Yes. How many hours per week do you work outside of your studies? 2. What is your weekly income? >$500.

I always pictured a “career” as a series of steps leading up a mountain. The journey is sometimes tiring and tough, but there are exciting things to see and do along the way. You persevere, the view gets better and better, and some day, you reach the summit and all your hard work pays off.

In reality, I’m not so sure that a career has any kind of endpoint.

Instead, I think a “career” is more like going to a supermarket. Everyone needs to get food from somewhere. The place you go to get food isn’t necessarily better than any other place, but it’s a place that works for you. Some days you might feel excited and grateful for where you’re going. Other days you resent it. You didn’t consider the local supermarket when you signed your lease, but hey, this is where you ended up. You might notice that the stuff at your supermarket is too expensive, or of poor quality, or there isn’t much choice. You might think about trying some other place. But then, this is the place you know, it’s convenient, it’s close to you, and changing your routine just seems so difficult.

Your career, like going to a supermarket, is not always an exciting topic of conversation. But when I tell people that I’m doing a PhD in zoology, there is often a blink of surprise, followed by either “Oh wow! That sounds really interesting!” or “Oh wow, I assumed you were still in high school” (I was once asked for ID when going to an MA15+ movie; I was 22.). I do enjoy it when people are interested in what I do. But if someone is enthusiastic about my work, I feel the need to match their enthusiasm. Sometimes this is great. Sometimes this can help me remember why I love zoology, and why I decided to study it in the first place. Other times, I feel as though I’m telling a long, animated story about buying potatoes, desperately hoping that someone will interrupt me.

Because of all this, when I talk about what I do, I feel like I’m treading a fine line between lying and being far too honest. The optimistic lie is often what people expect to hear. Sometimes I’ve said it so many times that it feels true. The pessimistic truth, told at the end of a bad day, feels bitter and ungrateful.

In the context of a high school careers evening, this becomes even trickier. I spent a week figuring out how to avoid bringing even more confusion and fear to an auditorium full of teenagers.

What are some job titles of people you work closely with?

What is one aspect of your current job that you love/hate?

In the end, only six students came to my presentation. Perhaps that was for the best.

Anne Aulsebrook (@AnneAulsebrook) is a PhD Candidate (Zoology). This story was published on April 20, 2017, on Anne’s blog, My Research and Other Failures (available here), and has been republished here with her permission.

The most difficult aspect of research is to find a good problem to work on, says Dr. Tim Hunt 11 min read