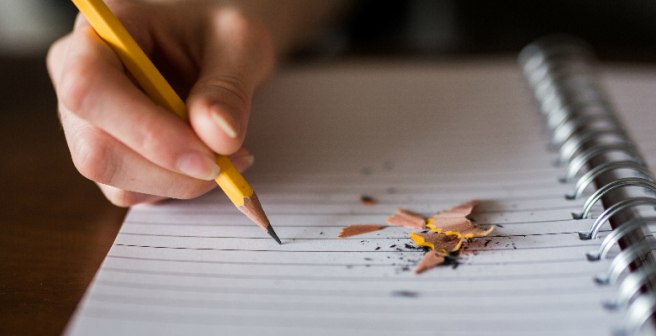 A series of unplanned events led me to a copy of Charlie Munger’s famous speech titled “The Psychology of Human Misjudgment” and got my brain whirring. In the speech he lists “24 Standard Causes of Human Misjudgment.” As someone who handles research manuscripts for a profession, the concepts Munger discusses in his speech made me think of their possible applications in research. So in this article, I want to present the three mistakes that I think researchers should be aware of while conducting their study.

Let me begin by giving a brief background about Charlie Munger. He is an American businessman and philanthropist who holds the position of vice chairman in Berkshire Hathaway. Munger delivered several speeches of which “The Psychology of Human Misjudgment” is well-known.

In this speech, Munger lists several illogical mistakes in our thinking (referred to as misjudgments) that lead us to false conclusions. He uses those concepts to explain various phenomena around us, for instance, why planes crash and what makes people stay in terrible marriages. He even gives the example of B.F. Skinner, who despite his ingeniousness, was criticized for behaving like a “man with a hammer” to whom every problem was a nail.

As you go over the transcript, you can’t help but relate those misjudgments to your personal life and to the people around you. For example, that one summer you came home from college and everybody but you saw how much weight you had gained (or lost)—well, that was contrast effect at play. And if a researcher like B.F. Skinner was prone to misjudgments, as Munger has described, then it’s probable that researchers across fields might be faced with similar challenges leading them to making mistakes.

What to do if I have withdrawn my paper by mistake?
By mistake, I clicked on "Author Decline to Revise"…
4k

In fact, the past decade has seen quite a few failures in replicating published studies. Ethical oversights aside, where might the researchers be going wrong? This question made me go over Munger’s transcript once more, this time with the goal of relating misjudgments to research.

Now, I have drawn these parallels based on my perception, so as you read on, think of me as someone who has tried to apply what she read, and had fun all the while. I do hope that this discussion encourages you to think about these mistakes when you are conducting your research, and it helps you as much as it has helped me in my personal and professional life.

Let’s now look at the three mistakes researchers might fall prey to.

1. Commitment and consistency can sometimes do more harm than good!

Did you ever catch yourself saying “That’s two hours of my life I’m never getting back,” or something to that effect, while walking out of a movie? If so, then you were probably a victim of the commitment and consistency principle. According to this principle, once we make a commitment, we stick to it, or in other words, we carry on despite having an inkling of unfavorable results. Why? Throwing away what we have invested (in the given example, the price of the movie ticket) seems a bigger loss than the loss we’ll incur eventually if we continue along that path. Besides, we don’t want to look fickle-minded and change our beliefs or decisions every now and then, so we stay consistent.

Publication Coach: How to conduct your research

Short email-based lessons on how to plan, manage and conduct research…

Can a researcher become the victim of this erroneous thought pattern? Is it possible that despite their research clearly heading nowhere, researchers might simply lose sight of when to stop or change their track? Objectively speaking, it’s possible.

Imagine you are at an advanced stage of your research, and one random click on a database has led you to a paper that completely refutes your hypothesis. If you accept the possibility that you might be on a wrong track, would you not consider persisting on your project regardless, and see if it might get accepted? The pull of staying committed and not abandoning the project might be strong, preventing you from exploring the other end of the possibility. So beware!

2. Picking cherries is fun but cherry picking is not!

Let’s begin with an example: Jack has completed his study only to find that a mere 50% of the results support his hypothesis. He is disappointed. But instead of presenting the results in their entirety, he decides to present only the positive results and sweep the negative results under the carpet. This behavior of selectively picking the parts that one thinks are the best while ignoring the others is known as cherry picking.

A researcher is expected to have an objective outlook where he/she should present data transparently and honestly. If cherry-picking creeps in when a researcher is analyzing or presenting data, he or she may manipulate it, harming science.

Science is “the slaying of a beautiful hypothesis by an ugly fact.” So when faced with unexpected results, it is best to find faults with your theory and try to fix them. If that does not work, you should present the results as they are.

How would you calculate the number of hours between, say, 8 a.m. and 5 p.m.? Perhaps you would use 12 p.m. as the basis since it serves as an anchor, a familiar point, where we can get a head start.

So when does anchoring become a mistake? That is when we choose the wrong anchor. Let’s say you are looking at shopping deals in a market. As a point of comparison, you might check the prices on an online shopping app, which means the prices on the app become the anchor to your decision. But what if the prices on the app itself may be too inflated? Being unaware of how reliable your anchor is might lead you to making an incorrect decision.

Now let’s relate this principle to academia. As a researcher, if you rely too heavily on the first study you come across, or on any study for that matter without checking its credibility, and use it to design your own study, then that anchoring will only block your research project from succeeding.

It is possible that researchers might face situations where they might commit the mistakes we discussed. So they need to be mindful of these mistakes influencing their decisions while conducting research or interpreting results. After all, science builds upon itself, so it’s vital that every piece of published research is accurate; the cumulative effect of studies being riddled with mistakes can be disastrous. So be aware and steer clear of these mistakes that may cloud your judgment!

Did you find this article interesting? Have you made any of these mistakes at any point? Do comment and let us know.

Disclaimer: All views expressed here are the author's own and not necessarily endorsed by Editage Insights.

Tips for effective literature searching and keeping up with new…

A young researcher's guide to writing a literature review

Why I decided to publish my Master's thesis 4 min read