5 Humorous resources for chemistry researchers to keep their ion 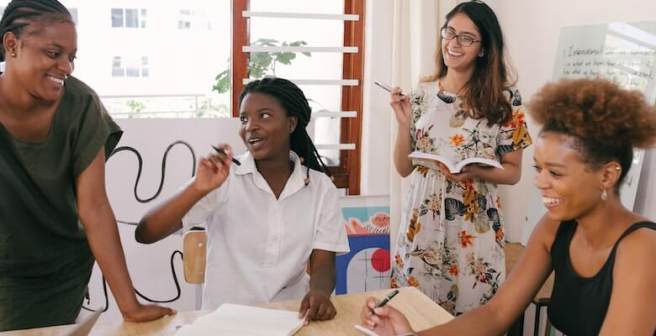 Comic strips, humorous blogs, and other sources of memes have long been part of academic culture. For example, xkcd is influential in geek culture and has many followers in academia, and I remember the Bio-Rad PCR song parody being passed around in earnest by molecular biologists. Chemistry is no exception. Fun chemistry-related media can be a great way for chemists to relax and unwind while still staying engaged with their field. These resources can provide a light-hearted and entertaining way to learn about developments and concepts in chemistry, as well as to brush up on familiar topics. Additionally, keeping up to date on and reposting materials such as comics and blogs can help chemists connect with the wider chemistry community. Let’s take a look at some noteworthy chemistry-focused humor sites that deserve a place in your bookmark list.

Sketch Chemistry is a webcomic published on the Chemical & Engineering News website from the American Chemical Society. It was produced in collaboration with cartoonist Brendan Burkett. This comic is definitely for the chemistry nerds out there. Most comics are single-panel visual gags that take a good knowledge of chemistry to grasp. The comic is quite attractively drawn and each panel would certainly make a good lecture slide when explaining concepts in chemistry. The artist also has his own webcomic ChemScrapes. Both comics update sporadically over the year.

No, not the lipophilic stain. This Canadian YouTuber started off as a laboratory technician before making YouTube videos as his full-time job. He has racked up an impressive 4.71 million subscribers on YouTube at the time of writing and gains millions of views on each video. While his work is mostly directed towards a lay audience, he performs rather fascinating experiments with unusual goals, such as creating his own superconductors at home. He has a good sense of humor and does not mind showing his failures as well as his successes. It’s definitely worth checking out his archive to see his some of his attempts to synthesize unique compounds with minimal reagents and equipment.

Honorable mention: Another channel in a similar vein is Explosions&Fire. This channel is slightly less active overall but videos are much like the name suggests—eye-catching and a little dangerous. There is a lot of comedic banter throughout his videos, and I enjoyed his video on reactions between sodium and chlorine solvents.

Reddit has thousands of communities for just about every interest, so it’s no wonder that they have a subreddit dedicated to chemistry memes. In typical Reddit fashion, it’s a fairly anarchic mix of user-submitted content, but there is a lot of activity and it boasts a good archive to delve into. There are a lot of fun memes with themes ranging from the difficulties of studying chemistry, to the familiar struggles of organic chemists, to puns.

This one is less chemistry-specific, but it nonetheless features chemistry prominently. As the headline says, Improbable Research focuses on “research that makes people LAUGH…then THINK.” While the site itself has plenty of humorous articles, Improbable Research is best known for its “First [sic] Annual Ig Nobel Prize Ceremony and Lectures,” a humorous yearly celebration of unusual or imaginative findings in research. This event is hosted at Harvard University and includes many rather silly traditions, including attendees pelting the stage with paper airplanes and a little girl tasked with interrupting speeches that go on for too long. This event also contains brief speeches by awardees as well as musical numbers and skits. You can find an extensive archive of their videos on the official YouTube channel.

The Ig Nobel Prize for Chemistry is not awarded every year, but recent awardees have included research analyzing the volatile organic compounds emitted by humans to aid film classification boards and a Japanese study estimating the daily saliva output of a five-year-old child.

Experimental Error is a column published on the Science website and written by Adam Ruben, who besides being a scientist and writer is a stand-up comedian. He has argued in favor of the value of humor in science, and his own writing is witty and engaging. His column does not focus on any specific scientific discipline, but a great aspect of it is that he discusses vital issues in research and academia, including the many relatable difficulties with publication and careers that so many academics across disciplines face. I found reading it both enjoyable and informative. It has no apparent fixed schedule but a new article is published almost every month.

Have we missed any of your favorites? We’d love to hear more about them in the comments!

When academics encounter a challenge, we face it head on 15 min read