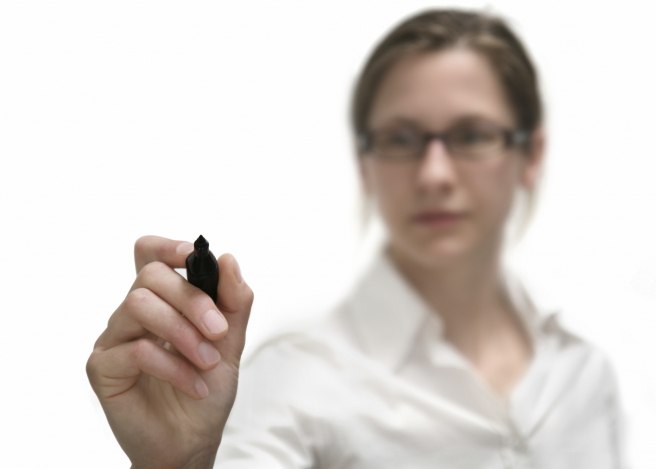 ‘What are tuber crops?’ asked a chemical engineer. He was part of a group of budding agricultural researchers who were being given a tour of a research institute specializing in tuber crops. The reply was fast and terse: 'Tuber crops are those crops in which the polarity of growth is reversed.' In discussing the craft of explaining science to the public, this exchange always comes to my mind, a perfect example of the well-known COIK fallacy (clear only if known). Once you know or understand something, you cannot 'unknow' it; scientists writing for non-scientists find it hard to write from the perspective of those who do not know science. This is where editors, who are the intermediaries between the author and the reader, have a major role to play, namely that of a naive reader.

What are the common features of good science writing? To find out, I examined a large sample of effective science writing, drawn from (1) articles published in the Best American Science Writing series, published as an annual volume since 2000, (2) winners of the Royal Society prize for the best-written science book1 for the general public, (3) anthologies such as the Oxford Book of Modern Science Writing2 (edited by Richard Dawkins) and From Creation to Chaos: classic writings in science3 (edited by Bernard Dixon, former editor of New Scientist, a British science weekly), and (4) relevant material available on the Internet. All these sources used a few common tactics to explain science, a few of which are discussed below (and have featured earlier). Editors working with scientists writing for the general public, and scientists themselves, will find the tactics useful.

1. Give examples. Many abstract concepts are learnt essentially by examples. 'The part of the visible spectrum with wavelength ranging from 495 nm to 570 nm' may be precise but hardly enough to grasp the concept of 'green-ness,' whereas 'the same colour as that of grass or fresh leaves,' although imprecise, does the job very well.

2. Use analogies. Sometimes, authors need to be prompted to come up with appropriate analogies, which serve to link the new to the old or the unknown to the known. When the Transportation Research Board offered $1000 for the best 'translation' into English of a term used in transport engineering, namely 'through-put maximization,' the winning entry (by Paul Hasse, a science writer) used an analogy4: 'Car-flow on a road is like pouring grains of rice through a funnel. Pour too slowly, the flow is even but it takes longer: pour too fast, the funnel is clogged. The optimum speed is that which moves most cars per hour.'

3. Pose questions and answer them. Questions serve to focus the mind. Questions and answers form an important routine in the way children acquire language. Here is Susan Greenfield in The Human Brain: a  guided tour5: ‘Why should the sodium channel suddenly open in the first place? To pose the question in another way, What triggers an action potential? After all, it would be completely pointless and almost a paradox to have a signal that was generated completely at random. Imagine the telephone ringing at odd times throughout the night, but there being no caller on the other end of the line’. Notice how she deploys an analogy as well.

4. Indicate pronounciation and supply etymology. Isaac Asimov, perhaps the most successful and prolific science writer, often made it a point to indicate how a key scientific term is pronounced and to show how it has been derived. This tactic also helps readers to remember new terms.

5. Paint pictures with words. Using concrete words, mentioning such details as colour, shape, size, texture, and so on makes writing vivid. 'Light air, wind speed 1–6 km/h' and 'Light breeze, wind speed 7–12 km/h' are precise enough as categories in the Beaufort scale of wind force, but the corresponding descriptions, namely 'direction of wind shown by smoke drift, but not by wind vanes' and 'wind felt on face; leaves rustle' are so vivid that they launched a copy editor on a quest to find out more about Beaufort6. And here is Darwin on Ficus repens7: 'Ficus repens climbs up a wall just like ivy; and when the young rootlets are made to press lightly on slips of glass, they emit after about a week’s interval, as I observed several times, minute drops of clear fluid, not in the least milky like that exude from a wound. This fluid is slightly viscid, but cannot be drawn out into threads. It has the remarkable property of not soon drying; a drop, about the size of half a pin’s head, was slightly spread out on glass.’

6. Set context and emphasize significance. Whatever the initial motivation that gets scientists started on their work from analysing the chemical composition of spider silk to black holes, scientists soon forget how esoteric or arcane their research topic may appear to readers. However, to get non-scientists interested, scientists must make an effort to explain why their research is important, how it can prove useful, and where it fits in the larger picture. Scientists tend to get down to details too soon but must be cajoled into setting a proper context for their work.

In his foreword to A Field Guide for Science Writers, Timothy Ferris8 warns that the work of science writers is often underestimated; science writers are 'too often assumed to be mere interpreters or translators rather than “real” writers.' This applies even more to the work of editors who help scientists to explain science to non-scientists, but professional editors should not let such lack of appreciation affect their work—which must be its own reward.

For further reading, you can refer to this related post: How does the non-scientific community perceive science?

[1] Currently known as the Royal Society Winton Prize, the award is meant for authors of science books written for a non-specialist audience <http://royalsociety.org/awards/science-books/>

[4] The contest was the brainchild of Douglas B MacDonald, the Secretary of Transportation in Washington State, and was part of the effort to explain to the public how variable highway tolls linked to demand may help in managing congestion. <http://onlinepubs.trb.org/onlinepubs/news/86AM/MacDonaldAward.pdf>

5 Easy tips to avoid accidental plagiarism
Even if you don't intend to plagiarize, you may…
62.7k

Why write only research papers? Write for a broader readership 3 min read