Why I think failing in grad school proves I'm doing great
Brain weasels, black dogs and dealing with depression…
Doing research on a low energy budget: PhD life with…
An unexpected illness: The effect of pushing myself to…
Learning to say no without feeling guilty 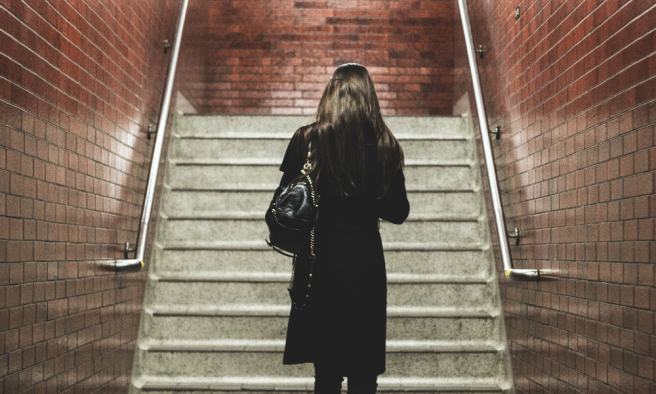 As a grad student with an invisible chronic illness, I have both the luxury and the misfortune of being able to blend in with everyone else. I go to the same classes. I sit in the same seats. I muddle through the same research. But behind the scenes, I fight silent battles that no one else knows about.

I live with several conditions including myalgic encephalomyelitis (ME), chronic pain, and PANS; with all the mental illnesses that accompany it: obsessive-compulsive disorder (OCD), anxiety, depression, attention deficit hyperactivity disorder (ADHD), and more. So if my body isn’t acting up in some way, it’s entirely possible that I’m still struggling mentally, or vice versa, or maybe everything is flaring up all at once. Sometimes, it feels overwhelming, but after years of being sick, I’ve learned to function quite well.

I’m lucky to have supportive friends/colleagues and a sympathetic advisor, but until you’ve lived with a chronic illness yourself, it would be impossible to completely understand all of the struggles I face and the tough decisions I have to make just to get through a day. However, chronic illness is surprisingly common, so if you don’t have one yourself, there’s a good chance that someone you know does. But perhaps you can get some idea of what people like me face by taking a peek into a typical day in my life…

My day doesn’t start until at least 8:30 AM, because I need more sleep than your average twenty-four year old. And as soon as I wake up, I’m already in pain: my hands are swollen stiff, and my usual headache has already begun—I’ve been too busy to make it to the chiropractor in the last week, and now I’m paying for it. It takes a few minutes to convince myself to get out of bed and face the day, but I’m finally motivated, knowing I have an assignment due in four hours that I’ve barely started.

I stumble over to my micro fridge and then heat up some leftover eggs, worrying the entire time about how I could possibly get everything done in time for class—while simultaneously scolding myself for procrastinating once again.

I live on-campus in the dorm located a block away from my lab, and there’s a cafeteria downstairs. Yet, I rarely make it there for breakfast. In fact, I barely make it there at all for a couple of reasons. First, my food sensitivities mean it can be difficult to find anything that I can eat when everything is full of gluten and heavily processed ingredients.

Second, due to ME, I have an extremely limited energy budget that I have to use for an entire day of grad school; even going downstairs at the beginning of the day sometimes takes up more energy than I can spare.

And so, leftovers it is, once again.

After swallowing the fistful of pills that keep me functional, I realize I’m down to the wire and have no time left to procrastinate—so, of course, I have to have a panic attack now.

All too often, I get into a feedback loop where my ADHD makes me lose track of time and procrastinate, while my anxiety already makes it hard to get work done because I’m afraid it won’t be good—and then putting off my assignments makes me more anxious because I have so little time left, and then it’s even harder to concentrate!

After collecting myself, I now have exactly an hour to write an entire report. This day might finally be the first one, in seventeen years of school, when I fail to turn something in.

Nevertheless, being able to churn out a thousand-word paper in half an hour is a perk of having a secret second career as a writer. But, I’m kicking myself knowing that the ADHD has made me work under these stressful last-minute circumstances once again. Why do I keep doing this to myself?

By 12:20 PM, class is in ten minutes, and I scramble to pack up my things and print out my paper as I walk out the door. I’m going to be late… But did I really unplug my hair iron? Did I really print out the right assignment? Did I really remember to lock my room? I’ve already gotten to the elevator, but my OCD worries get the best of me, and I have to turn around and go check everything again, just to be sure.

Somehow, I make it to class right as the lecture is about to begin. Even though today is my favorite class, I’ll be fortunate if I can pay attention for even one-third of it, and I know I’ll have to go home and reteach myself everything. If it’s not my ADHD making it hard to focus in class, then it’s my pain.  And if it’s not my pain, then I’m fighting OCD intrusive thoughts. Not to mention that another one of my symptoms from PANS is tics. And if it’s getting close to the time for my monthly IV infusion that keeps it all at bay, the tics will start up again—and then I have to concentrate on suppressing them in order to not involuntarily say something random in the middle of a lecture (by the way, despite the stereotype, the vast majority of those of us with Tourette’s don’t yell obscenities.).

By 1:45 PM, I have to stop by the lab and set up something for my assistantship supervisor. We’re meeting tomorrow, and I’m going to get in trouble if I don’t finish this—but I’m already worn out enough from class and writing this morning’s paper that I feel like I should sleep. But if I make the trip home to get some rest, I’ll then have to make another trip back to the lab later—which would take most of my remaining energy. And so, I have to push through and get this done now so I can have the whole evening for myself.

Although everyone has limits, and grad school can be exhausting for anyone, with my ME, the stakes of overdoing it are higher, and my limits are lower. Whenever I exceed my energy budget, my symptoms will flare up within a couple of days: it will be like I have the flu and a brain full of mush for up to a week afterwards. This is what we call a “crash,” and it means spending a few days in bed and not being able to think clearly enough to get anything done.

Therefore, each day is a series of energy calculations and a game of weighing costs versus benefits of any given task. I know that pushing through and going to the lab may very well result in a “crash,” but I know it’s necessary, and it’s about to be the weekend. Plus, I conserved a lot of energy yesterday, so I have a little more than usual to spare today. I might not crash after all, but if I do, I have a few days to recover before next week begins.

Despite all of these struggles, for me, the hardest part of having a chronic illness in grad school isn’t dealing with academics, it’s the social isolation. I have just about enough energy for getting through a day and taking care of myself enough to keep the worst of my symptoms at bay. It’s rare that I have the energy to go to big social gatherings or concerts or shows or anywhere more than ten minutes away. When I do go out with friends, it’s just for a couple of hours to the bar a block away, and my alcohol intolerance means getting a club soda—and then I’m home by 10 PM.

I spend so much of my time alone in my dorm, just resting and conserving energy so that I can get through each week. Sometimes, I wonder if it’s worth the social sacrifices, the constant planning, and the relentless anxiety it takes to be in grad school with my conditions. Sometimes, I wonder if academia simply isn’t the place for people like me—people who have a malfunctioning brain and body to contend with day after day after day.

But then I realize that academia needs people like me. As frustrating as it can be to live with my challenges, I’ve come to see that being neuro-divergent and having disabilities has imbued me with insights and perspectives that not everyone has. The brain that can’t stay focused on a task and generates bizarre anxieties is the same brain that can see hidden connections and conjure out of the box solutions.

Therefore, it’s critical that colleagues and professors be aware not only of what they see I can do, but also of the unique struggles I face to make it happen. I don’t want anyone to lower their expectations of me because of my illnesses—but I do want the accommodations that could give me an equal chance to succeed.

So if you know someone who lives with a chronic illness, whether physical or mental, ask them if there’s anything they need. Ask how they’re doing from time to time, and be willing to listen if they tell you the truth. Keep inviting them to outings even if they keep saying no, because they might finally feel well enough for it one of these times—and we hate feeling forgotten and left out because of our limitations. And when you do invite us, think about making it somewhere nearby where we don’t have to walk too far if we’re not having a good day.

But above all, just treat us like you would anyone else—you don’t have to say anything special when someone reveals their condition to you, and you don’t have to constantly worry about us. Ultimately, we’re just like everyone else, and we just want to be included and be seen in the same ways that you are.

This story has been shared by Iris Ainsley (@DreamingPanda1).