Academia or industry: Field-specific career options and trends for PhDs 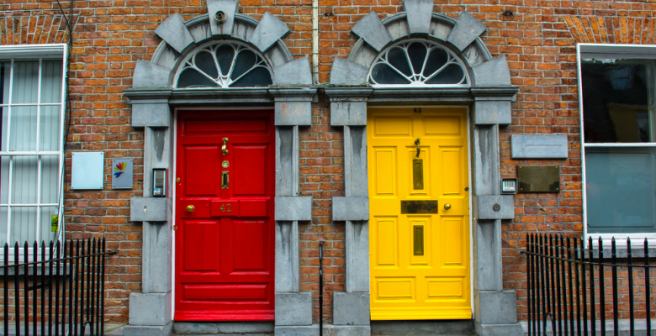 “Should I stay in academia or join the industry?” is a critical question every PhD student or postdoctoral researcher faces as he or she draws closer to completing research. While academic research is often regarded as a preferred career path for postdocs, industry holds as much allure with the wide spectrum of options it offers to newly minted researchers. One of the much highlighted issues concerning PhDs and postdocs across the globe is the severe lack of faculty positions, making it extremely competitive for those aspiring to choose the tenure track. An additional factor, here, is that options for employment or further research vary by discipline or research area, which puts additional pressure on researchers to make an appropriate career choice. This post will take a closer look at the typical career paths available to researchers from five broad scientific fields – the life sciences, physics, chemistry, mathematics, and engineering. The idea is to help PhDs and postdocs from these disciplines know more about the variety of career paths available to them as well as current employment trends in their field.

A whole range of scientific disciplines are covered under research within life sciences, including biotechnology, pharmacology, physiology, microbiology, genomics, and more. Researchers who choose an academic career in this field find themselves largely working at the bench, and the progression is fairly well defined. They can aspire to become a senior research fellow or a professor, or be a part of research councils. Those who want to join the ranks of industry can look to progressing to senior scientific research or management roles.

In terms of salaries, industry is known to pay higher salaries compared to academia. The Scientist’s annual Salary Survey in 2014 (which studied the compensation received by life sciences professionals in the U.S., Canada, and Europe) noted that in the life sciences, academia paid 30% less compared to industry. Apart from this, a major difference was observed in the compensation levels in different countries. For instance, life scientists in industry in the U.S. and Canada earned an average income of $129,507 in 2014, whereas their European counterparts earned an average of $92,326. Also, over the years, there has been a remarkable increase in the salaries offered to researchers from genetics, genomics, and immunology. Dishearteningly, gender differences are a reality in the life sciences when it comes to the compensation received by female researchers, particularly in the higher ranking positions. That is, female researchers do earn less than their male counterparts. The gap, however, varies: for instance, in Asia and Latin America it is small whereas in the U.S. and Canada, it is very high.

Overall, for the life sciences, academia and industry are rather conventional vocational paths, and some researchers have moved into science communication, consultancy, and even entrepreneurship. Their success in these areas may inspire some researchers to follow suit.

A PhD in physics can open many avenues, including astrophysics, materials science, particles and fields, and even finance! A faculty position with a focus on research does attract most researchers who attain a PhD in physics. However, there seems to be a dearth of jobs in academia. According to a paper published in 2012 based on the Survey of Earned Doctorates conducted by the National Science Foundation, only 21% of physicists held a tenure-track position whereas 34% were employed by the industry.

On a positive note, a Phd in physics could open up some interesting non-academic career positions such as quantitative analyst, medical communications specialist, and operations research analyst. Data collected by the Statistical Research Center at the American Institute of Physics (AIP) indicates that about 10% of PhD physicists who go into private industry (which means 5% of all PhD physics graduates) join the finance sector. The data also shows that a year after finishing their PhDs in physics, about 60% pursued postdocs; almost half of all physicists work in industry, while only about 35% work in academia. When it comes to compensation, typical starting salaries for physics PhDs in the private sector range from $80,000 to $100,000, which exceed the salaries offered to their academic counterparts. Further, those employed in the non-STEM division of the private sector earned more ($200,000) than those employed exclusively in physics ($150,000).

According to Karen Kaplan, Editor of Nature’s Careers section, “The applied-research nature of physics-related professions often makes a stint in academia less than useful.” Probably, this is the reason why more researchers with a physics PhD consider industry jobs rather than continuing in academia.  “A postdoc could even be a drawback for physicists considering the private sector. Many of Europe's industrial employers prefer to hire applicants who have a PhD and a 'clean slate',” says Maria Allegrini, a physicist at the University of Pisa in Italy and a member of the APS Committee on International Scientific Affairs. As is true of most STEM fields, although the number of women occupying faculty positions in physics is low, it has been gradually increasing; in 2010, it reached 14%.

Apart from the options academia provides, the field of chemistry offers its PhD holders other vocational paths. Industry now employs chemistry PhD holders not just for producing pharmaceuticals; companies that deal with producing food, nanomaterials, glass, and even medical devices require the skills of people with deep knowledge of one of the branches of chemistry. Some of the leading branches in chemistry research are organic, analytical, and physical chemistry.

The most recent survey, conducted in 2014, by the American Chemical Society indicates that in the U.S., the unemployment rate of the chemistry workforce (indicating those with advanced or research degrees in chemistry) has reduced. In terms of compensation, government and industry pay comparable salaries of $126,000 and $116,100, respectively. Academia, in comparison, offers up to $76,900, which is far less. The survey findings also showed a wide gap of up to $20,000 in the salaries earned by men and women. Overall, the median salary of inexperienced chemistry PhD graduates was $85,000, which showed a 13% jump from 2010.

One of the most common academia-related careers for mathematics PhD holders is faculty positions at colleges and universities. As per the National Science Board's (NSB's) 2012 Science and Engineering Indicators report, mathematics fared as the top discipline in which graduates ended up in faculty positions. In industry, there are more jobs available in the applied areas of mathematics, including network analysis, life insurance, finance, and some areas in computer science. Among these, the finance and insurance sectors are the largest employers of mathematicians.

Academic jobs in the engineering field are highly competitive and include tenure-track and non-tenure track positions in higher education institutions. In industry, the global demand for qualified engineers is high. The field of engineering is lucrative as it attracts some of the highest salaries in industry, with computer engineering, chemical engineering, and geological and mining engineering offering the highest compensation. According to a report published by American Institutes for Research, more than half of PhD holders in STEM were working in non-academic positions. Among them, the largest share worked in private for-profit companies but a substantial proportion worked in government positions.

Although pursuing a vocation in academia or industry is usually viewed as a crucial decision at the start of a researcher’s career, there are inspiring examples of many researchers who have attempted to change their paths and attained success. While switching from academia to industry is a more commonly observed trend, some researchers have transitioned to the ivory tower after tasting success in the industry. They are even highly valued because of their unique perspective and skills, and the access to new networks that they bring with them. The choice of vocation depends on several factors—your preferences and priorities when it comes to compensation, the work-life balance you aspire for, the skills you have, and so forth. Whether you choose to remain within academia or shift to industry, or decide to carve out a career path for yourself, the passion to learn more will help you climb the ladder of success. Good luck with your job search!

How to write a statement of problem for your research proposal
The statement of the problem is a crucial part of a…
19.5k

Do you know of any other career options in these fields? Or, do you have your own experience to share? Share your comments below.