Inadequate representation of women in STEM research: The "leaky pipeline" 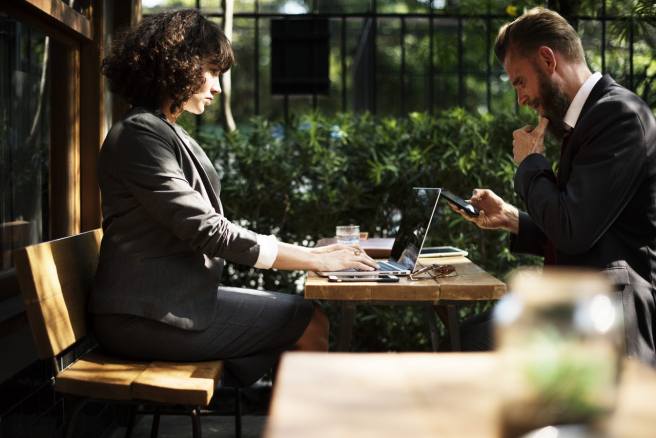 Scientific and technological innovation is key to ensure sustainable development and progress of the society and to address global challenges such as climate change, epidemics, and income inequality. Naturally, there is an increasing demand for professionals in science, technology, engineering, and mathematics (STEM). However, women, who represent over 50% of the world population, are often underrepresented in these fields. The UNESCO Institute for Statistics reports that women constitute less than 30% of scientific researchers worldwide.

This lopsided representation of women can be attributed to various factors. At different stages of life, distinct social-psychological factors contribute to the high attrition rate of women in STEM fields, often called the leaky pipeline, as suggested in a review article by Dasgupta and Strout. The article focuses on three developmental periods: (a) childhood and adolescence, (b) emerging adulthood, and (c) professional life; and describes how specific learning environments, peer relations, and family characteristics pose as obstacles in each period, leading to gender differences in STEM participation and achievement. Let us take a closer look at the three developmental periods.

Children get familiar with gender roles and expectations mostly according to gender stereotypes: girls are oriented to be communal, focus on family and activities emphasizing interpersonal relationships, while boys are oriented to explore the physical world and activities focusing on problem solving, financial gain, etc. For example, American cultural messages associate mathematics more with boys than with girls, which make girls like mathematics less than literature, leading to performance differences in STEM subjects between girls and boys. Second, parents play a critical role in deciding their children’s academic interests, and their support determines the girls’ motivation to persist in science and math. Third, peer acceptance and same-sex friends’ interest influences adolescent girls’ pursuit of STEM. Further, personal goals associated with occupational values affect STEM education. Females are more interested in communal goals than males, and a common misconception that STEM topics (unlike social work, nursing, teaching, etc.) do not serve communal goals makes females drift from STEM careers.

Can you give a research title for the STEM strand?
7k

Women in college feel a lack of belonging to STEM fields, especially, physical sciences, computer science, engineering, and mathematics, which arises from the widespread stereotype that such fields are guy things. This results in underperformance and subsequent attrition. Secondly, men typically outnumber women in STEM college courses (a factor of at least 3:1) and the lack of female peers results in a lower sense of belonging and reduced interest. Moreover, it has been shown that while interaction with female STEM professors helps to boost confidence of female students and influence their professional growth, female college students encounter only few female role models or mentors who are faculty or leaders in STEM departments.

Once women advance in their STEM careers, the first barrier they experience is when they apply for jobs. Among male and female candidates with identical resumes, faculty (both male and female) from various science departments in U.S. universities evaluated the male candidate to be more competent and deserving a higher salary, reports a survey carried out by Yale University researchers. As an extension of these findings, a similar scenario is expected to be prevalent in case of professional evaluation and promotion. Moreover, women are less likely than men to feel a sense of belonging in STEM departments. Junior women faculty is also less likely to receive adequate professional mentorship. Finally, bearing and parenting children has a greater impact on women’s STEM careers than their male counterparts. A different dilemma is experienced in job searches by women who have their partner in STEM career, referred to as the two-body problem, where the former’s career is often deprioritized.

5 Differences between a research paper and a review paper
Scholarly literature can be of different types; some…
101.8k

In their review article, Dasgupta and Strout recommend evidence-based solutions and policies to overcome the aforesaid obstacles at different stages, to augment women participation in STEM fields. Interactive and laboratory sessions of school students with faculty members and researchers in STEM departments should be actively organized to enhance interest in STEM subjects. Informal STEM activities like coding clubs, science summer camps, etc., that are organized around real-world problems have shown to generate interest among girl students. Further, in extracurricular STEM projects involving teamwork, teams that have a gender parity or female majority attract better contribution from girls. All these activities should have a large presence of female scientists and engineers because evidently, female students are positively influenced by real-life female role models in STEM. Similarly, for female college students, interaction with women peers across STEM departments, including senior women faculty and researchers, is likely to help them overcome stereotypes, enhance confidence, and offer a sense of belonging to such subjects. In case of women in professional STEM careers, gender-blind reviews of job and grant applications, fostering an inclusive atmosphere in STEM departments, adopting policies to allow balancing work and family responsibilities, professional support in overcoming gender barriers, etc., can help mitigate their attrition.

In a nutshell, two major factors common to all developmental stages are responsible for the underrepresentation of girls and women in STEM fields: cultural stereotypes associating science and engineering subjects with men, and a lack of belonging for women in the STEM community. Dedicated programs and policies need to be developed to address the gender bias and improve female participation and contribution in STEM.

In this light, STEM and Gender Advancement (SAGA), is an ongoing global UNESCO project to reduce gender gap in STEM at all levels by exploring the dynamics that affect women’s STEM careers and framing suitable policies at national, regional, and global levels. Successful implementation of these policies worldwide will expedite women participation in STEM and facilitate complete utilization of women’s scientific potential, which will aid in the sustainable development and promote global scientific and technological excellence.