Breaking down the barriers of untranslatability in transnational literature 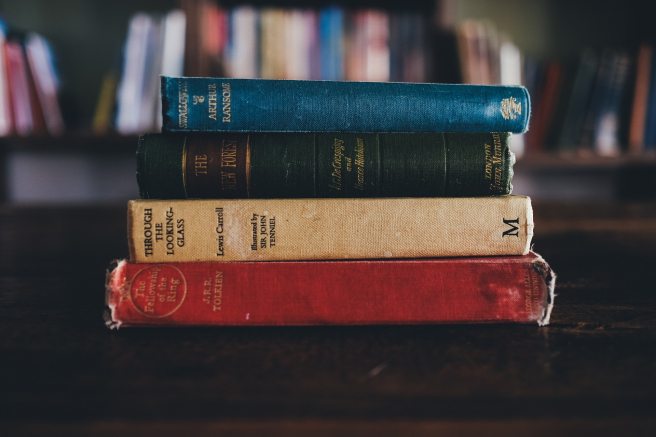 Literature is the window to a culture. However, there are concepts and ideas that may be untranslatable because they are unique to that culture. In such a case, what does a translator do? This is the basis of the four papers, written by Prof. Youngmin Kim from Dongguk University, Seoul, Korea, that looks at the impact of translated literature at local and global levels and the challenges experienced by translators when they encounter ‘untranslatable’ material.

When translated from the language it was originally written in, literature transcends the boundaries between nations and cultures, creating transnational world literature. Sometimes these bridges become passages that help create something new. Prof. Kim’s papers on transnational literature collectively reflect upon the phenomena of connecting the dots between other works of literature and cultures, and the attempts to articulate the sense of ‘strangeness’ one encounters when discussing world literature, which then transforms into an exchange of ideas between the cultures creating a “World Republic of Letters”.

However, when one is involved in translating, there are often multiple occasions when one finds it difficult to translate a particular word, sentences, a paragraph, or a series of statements. It is a basic assumption of cultural translation that what appears to be initially untranslatable because of cultural differences can be overcome if the translator becomes attentive to the nuances and the other’s voices, and challenges the cross-cultural venture beyond the space of untranslatability. In order to convey accurate meaning, the translating process needs the translator to feel and endure the original text. Thus, the core question is: How can a translator approach a literary text with the concepts of the familiar and that of the foreign while attempting a faithful translation of literary texts? Prof. Kim suggests an interactive map of world literature studies. In his papers, he has demonstrated how the very concepts of ‘scale’ and ‘distance’ are related to the literary landscape, and how this helps in mapping the scale of the politics of representation. He believes that “Glocalization” is a convenient theoretical lens with which one can view this world. According to Prof. Kim “Glocalization is a double movement of the up-scale and down-scale: the simultaneous and contested shift up-scale towards the global and down-scale to the local in response to ever-changing economic, political and cultural pressures”. He calls this the ‘poetics of scale’. The rationale for this poetics of scale comes from the poetics of “cultural translation” in world literature.

Translation of literary works from one language to another will be most accurate and representative, when the translator works within a glocal framework i.e. balancing the familiar with the unfamiliar. They need to liberate the original work from the trappings of exact language translation and allow it to communicate the essence of the work based on human intellect, emotion, and understanding. Professor Kim adds “untranslatability is simply positioned in the mind of original language user. The contact zone or border zone of untranslatable original language has to be transgressed and translated by way of an enduring and sustainable collaboration of translation studies and world literature scholars as well as engaging with colleagues in other disciplines.”

Diagnostic tests for COVID-19
This infographic offers a snapshot of the common…
3.4k

Dongguk University, founded in 1906, is located in Seoul, South Korea. It comprises 13 colleges that cover a variety of disciplines and has local campuses in Gyeongju, Goyang, and Los Angeles. The university has 1,300 professors who conduct independent research and 18,000 students undertaking studies in a variety of disciplines. Interaction between disciplines is one of the strengths on which Dongguk prides itself; the university encourages researchers to work across disciplines in Information Technology, Bio Technology, CT, and Buddhism.

Dr. Youngmin Kim is a Professor at the Department of English, Dongguk University, Seoul, Korea. He is also Distinguished Research Professor and the Director of Trans-Media World Literature Institute of Dongguk University. He currently serves as the Editor-in-Chief of Journal of English Language and Literature (2013-2020), the Vice-President of Ethical Literary Criticism (IAELC, 2012-Present), and the Vice-Chair of International Association for the Study of Irish Literatures (IASIL, 2009-2020). He is also the President of Deans’ Association of Private University Humanities Colleges of the Republic of Korea (2017-2019). He was an advisory committee member of the Harvard University Institute of World Literature (IWL) (2013-17).

A journal editor and a publisher talk about how the publishing process really works
Dr. Donald Samulack, President US Operations, Editage,…
3.7k

Prof. Kim has written books on Modern and Contemporary Poetry, Critical Theory, Cultural Studies, Lacanian Psychoanalysis, World Literature, and Transnationalism. His current interest includes transnationalism and cultural translation, world poetries in English, and interdisciplinary border-crossing humanities, and digital humanities and digital culture. He has attempted to investigate the humanities, based upon this genealogy of emerging transnational cultural logic.

Prof Kim has shown how 21st-century cultural phenomena around the world have transformed itself into the cultural logic of transnationalism, hybrid cultural identities, diasporic life-styles, cross-national commodification of cultural products, and flexible citizenship. His ongoing 3-year project (2017-2020) on “Trans Media, World Literature, and the Digital Humanities” is a continuation of his efforts to enhance the transnational and translational spirit of the liminality and converging technology with humanities. In this project, he aims to identify a method for materializing/articulating/visualizing the interface between new media and world literature in the context of the digital humanities and postmodern sublime.

The translation process is not a neutral and transparent negotiation between two languages - Prof. Youngmin Kim 14 min read