Challenges postdocs face and how mentors can help build their career 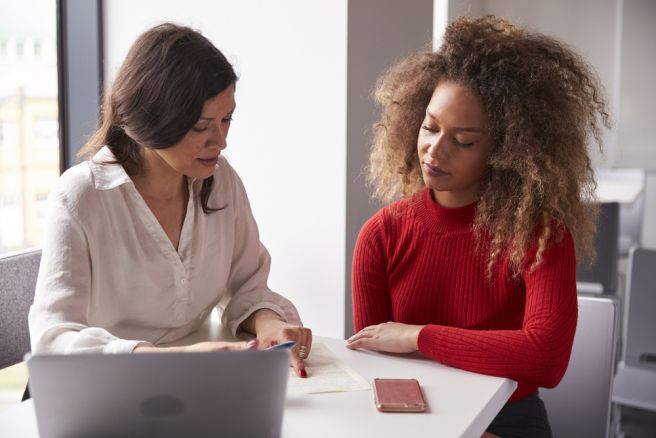 Postdocs are the next generation of researchers in the making. They are the workforce that ensures the smooth running of labs, and yet they are often subjected to extreme pressures. Apart from the stress of publishing papers and doing lab work, another intimidating challenge postdocs face is building their independent career as researchers. As a newbie, establishing a lab and getting funding may seem daunting, and only a supportive mentor or principal investigator can propel a postdoc into a successful academic career. The relationship between mentors and postdocs has been a topic of much speculation, and reports abound of dysfunctional labs that are a result of fallouts between postdocs and lab heads. Such relationships gone afoul can be detrimental to the postdocs’ academic career. What are some of the most common causes of rift between mentors and postdocs? What should a postdoc do to avoid these problems? This article attempts to answer these questions. Let us begin by looking at the problems frequently reported in labs.

1. A demanding lab head can lead the lab in a wrong direction

It is a fact that academia is a highly competitive arena and those who are able to make significant contributions and groundbreaking discoveries reap the most benefits. This often puts pressure on lab heads to make significant advances in their research field, and many lab heads pass this pressure down to the postdocs. Charles Wood, chair of physiology and functional genomics department at the University of Florida, says that some labs follow the “executive” model wherein the principal investigator defines specific experimental outcomes and expects the trainees to produce them. Wood says such expectations and pressures can be disastrous as there is hardly any room for the trainees to deviate from the predefined path or even learn through mistakes. It can even push postdocs to commit misconduct because they may become desperate to show the principal investigator the expected results. Years of working under such a mentor can scar the junior researchers. “Once they leave the lab, students either drop out of science or go on to run their own labs on the same model,” observes Wood.

Postdocs work with principal investigators for a couple of years before venturing out on their own. Several of them go on to establish their own labs. A supportive principal investigator can play a huge role in the success of the postdoc. When postdocs leave labs, their mentor can allow them to take the research project along so that the postdocs can continue researching on the topic. This can prove to be immensely helpful especially since starting a new research project from scratch and getting funded for it can take several years for newly independent researchers. “Such 'project porting' is crucial for the success of young scientists and should be a fundamental right for postdocs,” states Ben A. Barres, an American neurobiologist at Stanford University. He strongly believes that good mentorship is vital for scientific advancement, and stresses that mentors should discuss career prospects with their trainees and be generous to ensure their success. If mentors do not support postdocs and disallow them from working on the same research topic or deny them recommendation letters for jobs, it can stunt the growth of the postdoc and, in turn, the research field.

What are the challenges faced by international students?
170

3.Competitive attitude can be damaging to both postdocs and mentors

In connection to the previous point, if lab heads allow postdocs to take the research projects with them but compete directly with the new labs, it can be a huge setback for the inexperienced researchers. With limited experience and funds, they would hardly stand a chance against well-funded labs of their mentors. Barres says, “It is well known among senior investigators that mentors who are ungenerous to their trainees have a lower rate of trainee success, and their area of research suffers as a result.” Further, he notes that some lab heads may respond differently to the same situation. They may leave the research projects if the postdocs plan to work on them, considering them as “a half-eaten pie.” In both the scenarios, little progress can be expected. Wood, on the other hand, highlights a different competitive attitude when lab heads pit trainees against each other to get quick results. The postdocs who emerge as “winners” get credit, authorship on a paper, etc. This can lead to a suspicious and stressed workplace that is not conducive to learning and appropriate mentoring.

How can postdocs select a good mentor?

A mentor can have a long-lasting impact on a postdoc’s future prospects. But each postdoc is also responsible for their own career and should make informed choices before accepting a position in a lab. “Before accepting any position, a postdoc should carefully investigate all the details, including the responsibilities required, the opportunities offered, and the experience of "recent graduates" on the job market,” advices Thomas R. Cech, president of the Howard Hughes Medical Institute (HHMI) and 1989 Nobel Laureate in chemistry. Most labs have policies that define whether a postdoc can continue working on the same research project after they leave the lab. These should be discussed before zeroing in on a lab. “Graduate students should investigate the training track records of labs of interest, and discuss these labs with their PhD advisers, programme directors and thesis committee members,” Barres adds.

Is there a way to bring more awareness and recognition to mentorship?

Throwing light on how a mentor should be, Barres states that good mentors are extremely generous and concerned about their trainees’ career. Therefore, they give postdocs academic freedom as well as provide continued support long after they have left the lab. “As with good parenting, I believe that one should give to one's trainees until it hurts to do so,” he says. Most mentors are accomplished researchers, but might not be able to fit in the role of a mentor due to the lack of any formal training. Mentoring work is often overlooked by universities too. However, an increasing awareness of this issue is prompting grant committees and universities to consider the track record of mentors. Howard Hughes Medical Institute, Maryland, for instance, considers a mentor’s training record while renewing a lab’s funding. Pointing out the upside of this awareness, Barres says funding agencies are making efforts at ensuring a smooth transition of postdocs from trainees to independent lab heads. NIH's Pathway to Independence (K99) Award and the K01 Postdoctoral Mentored Career Development Award from the US National Institute of Neurological Disorders and Stroke both focus on helping postdocs in career advancement. However, Barres feels that to emphasize the importance of being a good mentor, science award committees should consider a researcher’s track record as a mentor. “Why should we honour those who don't support science's next generation?” he questions.

A researcher’s responsibility doesn’t entail only producing good quality, pioneering research. As mentors, they need to nurture the next generation of researchers and make them capable of exploring new and exciting possibilities in the research field. Researchers face competition from their peers, but rivalry between early career researchers and senior researchers can only spell catastrophe for science. If accomplished researchers also take on the role of teachers, science would make progress by leaps and bounds.

Challenges faced by postdoctoral researchers in the US and the UK

8 Rhymes to help you during tough postdoc times