Researchers develop a new α-gel that can revolutionize…
(Re)Generation next: Novel strategy to develop scaffolds…
New model explains unique transport dynamics of complex…
Researchers explain how a droplet moves on a solid surface
The shape of water: What water molecules look like on the… 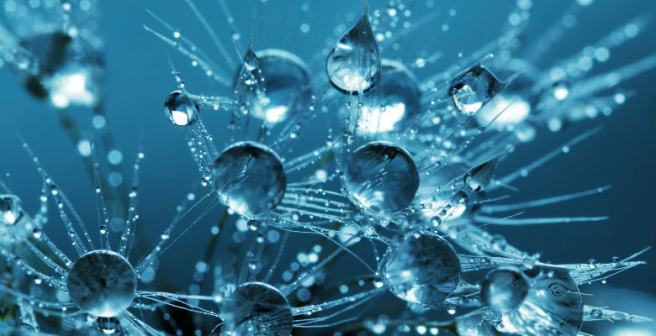 Colloidal suspensions are heterogenous mixtures of particles with diameters of about 2–500 nanometers, which are permanently suspended in a second phase, usually a liquid. Owing to the small particle size of the suspended material, a colloid does not separate into its characteristic components even if allowed to remain undisturbed, nor can the suspended material be separated through filtration. Colloids are distinguished from other types of mixtures by several important distinctive properties, one of which is the electrokinetic force in colloidal suspensions, also known as the “zeta potential.”

Prof Hiroyuki Ohshima of Tokyo University of Science has been a lifelong theoretical researcher of electrokinetic phenomena such as the movement of colloidal particles in an electric field and electrostatic interactions between colloidal particles. He has recently summarized some of the major findings in his field in a review published in the journal Advances in Colloid and Interface Science. He asserts the importance of zeta potential in colloidal surface chemistry. According to him, “the dispersion stability of colloidal particles, which is one of the most important issues in colloid surface chemistry, greatly depends on the zeta potential of the particles.”

Zeta potential is calculated based on the electrophoretic mobility of the particles. Until now, the no-slip boundary condition of the fluid, which assumes that the fluid will have zero velocity relative to the boundary, has been applied when calculating the zeta potential. However, while this condition is applicable to particles with a hydrophilic (“water-loving”) surface, it cannot be applied to particles with a hydrophobic (“water-shy”) surface. In this case, the Navier boundary condition, which considers the relative velocity of the fluid, is applied.

In the Navier boundary condition, the effect of the hydrodynamic slip is characterized by the slipping length. When the surface is hydrophilic, the slipping length is considered to be zero, and it progressively increases with the increase in hydrophobicity of the surface, where the molecules of the particle surface weakly interact with the molecules in the surrounding phase so that liquid slip occurs. In accordance, an infinitely large slipping length theoretically corresponds with a completely hydrophobic surface. From this information, theoretical calculations show that electrophoretic mobility and sedimentation potential increase with increasing slipping length.

According to Prof Ohshima, what is more interesting is that if we accept the possibility of the presence of a slipping surface on a spherical solid colloidal particle, we can observe that the electrokinetic properties of this solid particle will be hydrodynamically similar to those of a liquid drop.

These findings highlight the importance of reconsidering how the electrokinetic properties of hydrophilic and hydrophobic surfaces vary and showcase how they affect the dynamics of colloidal suspensions. Prof Ohshima concludes, “We have constructed a general theory describing various electrokinetic phenomena of particles with a sliding surface. By applying this theory, we could expect a more accurate evaluation of zeta potential and colloidal particle dispersion stability in the future.”

Title of the original paper: Electrokinetic phenomena in a dilute suspension of spherical solid colloidal particles with a hydrodynamically slipping surface in an aqueous electrolyte solution

Tokyo University of Science (TUS) is a well-known and respected university, and the largest science-specialized private research university in Japan, with four campuses in central Tokyo and its suburbs and in Hokkaido. Established in 1881, the university has continually contributed to Japan’s development in science through inculcating the love for science in researchers, technicians, and educators.

With a mission of “Creating science and technology for the harmonious development of nature, human beings, and society”, TUS has undertaken a wide range of research from basic to applied science. TUS has embraced a multidisciplinary approach to research and undertaken intensive study in some of today’s most vital fields. TUS is a meritocracy where the best in science is recognized and nurtured. It is the only private university in Japan that has produced a Nobel Prize winner and the only private university in Asia to produce Nobel Prize winners within the natural sciences field.

Prof Hiroyuki Ohshima is a Professor Emeritus and the author of this review article, and currently belongs to Faculty of Pharmaceutical Sciences of Tokyo University of Science as a contract professor. He has been conducting theoretical research on electrokinetic phenomena such as the movement of colloidal particles in an electric field and electrostatic interactions between colloidal particles for about 50 years and has been involved in the publication of about 393 research articles. In 2016, Prof. Ohshima was awarded the 29th Khwarizmi International Award. He was also selected as one of Asia’s top 100 scientists for 2017 (The Asian Scientist Magazine, June 2017).