Climate change can cause over 15,000 virus transmission cases among mammals 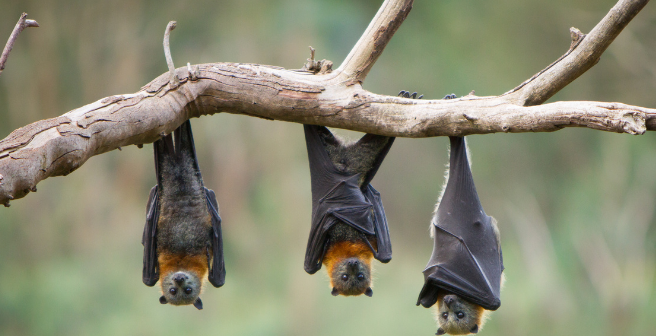 In a recent study published in Nature1, researchers caution that over the next 50 years, climate and land use change will lead to new encounters between mammals, increasing the risk of viruses jumping between species. According to the authors of the study, it could result in over 15,000 new cases of virus transmission among mammals.

Currently, there are around 10,000 viruses “circulating silently” among wild species away from human contact. As soaring temperatures will force such species to look for cooler areas to inhabit, many mammals will encounter each other for the first time creating new opportunities for virus transmission.

In a five-year long study, Gregory Albery, a disease ecologist at Georgetown University, and his colleagues modelled the movements of 3,139 mammal species (most relevant to human health) under a range of climate change scenarios. Kate Jones from University College London, who is involved in modelling interactions between ecosystems and human health, labels this study as “a critical first step in understanding the future risk of climate and land-use change on the next pandemic”2.

Models suggest that if the earth warms by 2 °C, certain areas, termed as “spillover hotspots”3, will have the highest instances of virus transmissions. This includes regions rich in biodiversity and high population density in Asia and Africa like India, eastern China, Indonesia, the Philippines, the Sahel, the Ethiopian Highlands and the Rift Valley, as well as some densely populated European zones4.

While Ignacio Morales-Castilla, a global-change ecologist at the University of Alcalá, Spain believes the modelling and simulations of the study are “technically impeccable,” he also points out at some of the limitations of such forecasting exercises. For instance, factors such as the species’ adaptability to rising temperature or their ability (or inability) to physically cross barriers are hard to predict. On the other hand, flying mammals like bats are known to accumulate viruses and are less likely to be affected by physical barriers.

Similarly, such transmission from wild mammals to humans is more multifaceted and involves several other factors. According to Jones, “Predicting the risk of viral jumps from mammals into humans is more tricky, as these spillovers take place in a complex ecological and human socio-economic environment”.

Elements that are more controllable like rising costs of healthcare need to be urgently discussed to avoid future implications of such spillovers. Researchers of the study have called on governments to not only improve disease surveillance but also boost healthcare infrastructure to beat such a threat.

Colin Carlson, a co-author of the paper urges, “We have to acknowledge that climate change is going to be the biggest upstream driver of disease emergence, and we have to build health systems that are ready for that.”

How SARS-CoV-2 transmission can be prevented and controlled
An infographic summarizing the most important measures…
4.1k

Climate change can cause over 15,000 virus transmission cases among mammals 3 min read