Common errors in the usage of abbreviations in scientific writing 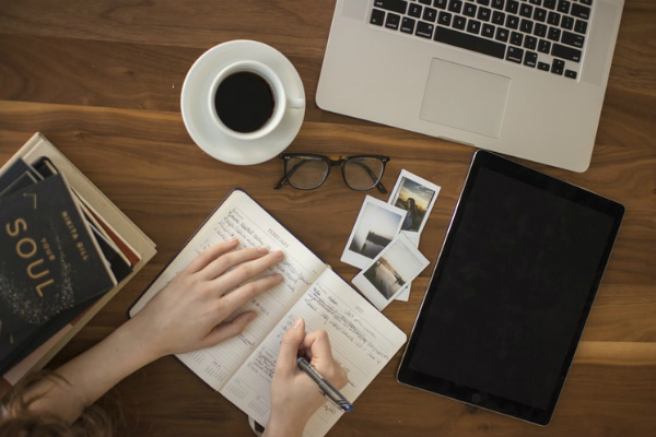 Abbreviations are shortened forms of words and phrases and are a common occurrence in research manuscripts as they can help make highly complex technical writing more concise and easier to read. However, they can also cause a lot of confusion, and make communication unclear if they are not used with caution. Consider these sentences:

One of the most important skills for proofreading a manuscript is ATD. Poor ATD can result in embarrassing factual errors like not defining abbreviations at first mention.

Confused what we are talking about? Don’t yet start looking up what ATD stands for. Here, we have used it to mean “attention to detail.” For all you knew, when you first read, it could have meant “advanced technology demonstration,” “achieving the dream,” or something else that does not quite make sense in the context of the sentence.

Here’s another example, this time, from the abstract of an actual manuscript:

We developed a program that included SST for students and CMT for teachers.

Either the abbreviations in this sentence are very common in the author’s specialized field or the author has coined them himself/herself. Because the author is so familiar with them, he/she may not have realized that the target readers, some of whom may not be from the same discipline, may not understand them. Ideally, the author should have written the sentence as follows:

How can I improve the usage of "the" in my manuscript?
The editor of my manuscript has asked me to improve my…
24.1k

We developed a program that included social skills training (SST) for students and classroom-management training (CMT) for teachers.

In this article, we will provide some tips on the use of abbreviations. Make sure you pay attention to these best practices when using abbreviations in your research writing.

Example: We analyzed the results of the computational fluid dynamics (CFD) simulations to determine fluid flow and to detect cavitation in centrifugal pumps.

In the above example, the term CFD is fairly common in mechanical/civil engineering fields, but might not be clear to an interdisciplinary audience. As a best practice, once you have finished writing the entire manuscript, use the “Find” or equivalent function of your word processor to locate abbreviations and check if they are defined.

3. Make sure you use abbreviations that are standard in your field: In the physical sciences, we often use shortened forms for elements (e.g., Si, Cu, C, O, N) and measurement units (e.g., s, h, min, m, kg, K, J). It should be noted that these shortened forms need not be explicitly defined upon first use, but should always be indicated using the standard format (spelling as well as capitalization).

Example: FFT is fast Fourier transform—“Fourier” is a given name of a person, so it is capitalized, but the other terms can be retained in lowercase lettering.

11 Tips for writing a great research paper abstract
The Abstract plays a decisive role in whether people…
10.5k

5. Be careful when using alphanumeric abbreviations: Many shortened forms are alphanumeric, and generally, there is a rationale behind these combinations. The numerals before/after the letters simply indicate a detail associated with a parameter. For example, a system may have different degrees of freedom depending on the number of independent variables (2-DoF, 6-DoF, n-DoF). Over time, the numerals become part of the names (2D, 3D). Appropriate combinations of letters and numerals are therefore chosen depending on the meanings that need to be conveyed.

Here, “n” represents the number of independent parameters of the system.

This is a brief way of representing the principal scores of an analysis. The numbers indicate the order or priority of the set of correlations between components and variables.

Always confirm if the designations you are using convey your meaning accurately. In the above examples, the positions of the letters and numerals cannot be interchanged, as this would make the notation non-standard.

6. Use of Latin abbreviations: Scientific writing often uses a few Latin abbreviations, such as “e.g.”, “i.e.”, and “et al.”  All of these are used in lowercase and the usage of period should be as per convention. Missing or misplacing a period is akin to misspelling for these abbreviations. Now let’s take a deeper look at these:

How to use tenses in scientific writing
The usage of tenses in a language as versatile as…
4.8k

3. Two types of defects (i.e., cracks and bends) were investigated for each alloy.

4. Two types of defects, i.e., cracks and bends, were investigated for each alloy.

1. Bjeg et al. (2016) show that the aspect ratio of the room determines whether the airflow is two- or three-dimensional.

2. Previous reports (Bjeg et al., 2016) indicate that the aspect ratio of a room determines whether the airflow is two- or three-dimensional.

We have looked at some general styles and conventions for using abbreviations. When using abbreviations or acronyms, it is always advisable to verify the term as well as its usage, particularly with respect to capitalization, standardized convention, spelling, and use of period(s). In addition to these, individual journals may have special instructions regarding approved terms and styles. These requirements should be specifically noted and followed to achieve a concise, technically correct, and well-written manuscript.