7 Common errors in the usage of symbols in scientific writing 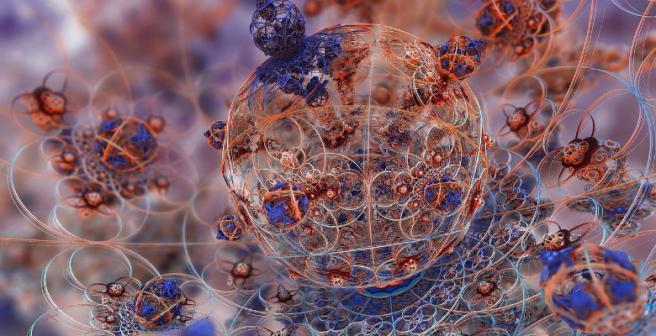 Presentation of scientific information is one of the primary goals of scientific writing. Numerical data and symbols serve to enhance accurate reporting of findings. Symbols are also a means to represent complex data in very simple mathematical format. Scientific writing requires the use of many symbols, such as the degree sign, periodic table symbols, and formulae. Therefore, it is important to understand the standard style conventions associated with using symbols to avoid misinterpretation and convey your intended meaning clearly. Applying these style conventions will help your manuscript look polished and professional. In this article, we have highlighted some common errors in the usage of symbols that we have come across in physical science and engineering papers. We have also explained some of the important style conventions that you need to follow when using symbols.

To insert some of the special symbols discussed below, first type out the unique four-digit hexadecimal character code; then, highlight/select this code and press Alt+X. You will find that the correct symbol has been inserted into the document. For example, the hyphen can be inserted by typing 002D, then selecting the code and pressing Alt+X. We have mentioned this four-digit code for each of the symbols discussed below for your convenience. Alternatively, you may also insert the correct symbol by using the Symbol tab on the Insert menu of your word processor.

Authors often get confused between the hyphen, en-dash, and em-dash and often use these interchangeably. However, this can look unprofessional and create a negative impression on reviewers. Here are the basic rules governing these three symbols:

How can I improve the usage of "the" in my manuscript?
The editor of my manuscript has asked me to improve my…
22.7k

Example: In the experiment, the temperature—in addition to the pressure—was varied.

Note that this is a matter of style and can differ by country or even publisher; therefore, it's best to follow the convention preferred by your target journal.

2. Spacing between numbers and symbols

Non-alphabetical symbols or units that accompany numbers are always closed up with the numerals. Thus, the percentage (%), degree (°), and prime (′) signs are generally are set up close to the numerals they follow. The same applies with currency and mathematical symbols as well.

Open access policies and mandates around the globe
This infographic presents the number and distribution…
0.9k

One possible exception, however, is the degree Celsius (°C). Some authorities require a space, whereas some require it closed up to the numeral; therefore, it’s best to check which style your journal prefers.

3. When to spell out symbols or units?

When a sentence begins with a range of numbers, the first number is spelled out unless the sentence is recast in an alternative form. The second number can be indicated as a numeral, and the accompanying symbol or unit is appropriately abbreviated.

If a symbol must also appear after the first number, then it is spelled out after both the first and second numbers of the range.

When a symbol or unit is used in a sentence without accompanying numerical information, it is always spelled out.

Examples: A few millivolts to several volts; the resistance is of the order of several megaohms; the difference was a less than a few percentage points.

Once again, these rules may have some variations based on the styleconventions followed by your target journal.

In compound units derived from the basic SI units, the product should be represented using the center dot (‧)—also called the raised period or half-high dot—and not the multiplication symbol (×), series dot/period (.), or star/asterisk (*). This also avoids confusion regarding prefixes to units. For example, “mN” indicates millinewton, which is very different from “m‧N” that represents meter-newton.

How CrossRef reaches out to publishers globally
In this short snippet, Rachael Lammey, Product…
9.5k

5. Use of hyphen between numbers and units

Only when a measured quantity is used as a modifier to a noun and when the unit of measurement is spelled out, only then is a hyphen placed between the number and unit (e.g., “a 5-meter length of wire”, “12-Volt battery”). But when the quantity is not a modifier to a noun, the hyphen should not be used (e.g., “a wire of length 5 m” or “a battery of 12 V.”) Additionally, when the symbol of the unit is used, even if the quantity is a modifer, the hyphen should not be used; rather, a space is left between the numerical value and the unit symbol (e.g., "a 5 m length of wire”, “12V battery”).

Example: A 20 m2 area was chosen for the scale model simulations.

Example: A 20-square meter area was chosen for the scale model simulations.

Some symbols for units of measurement involve the use of Greek alphabets or diacritical marks. However, authors sometimes use similar looking Roman alphabets instead. For example, authors sometimes use “u” instead of “µ” and “A” instead of “Å”. You should take care to use the correct symbols for units. Most typefaces have these symbols as part of their character set; you can look them up in Character Map (Windows).

Another way to insert these symbols is to use Insert/Symbol from the menu bar of Microsoft programs. However, this should be used only if the other ways are not available to you.

How to use tenses in scientific writing
The usage of tenses in a language as versatile as…
4.1k

Chemical elements and symbols are often used in physical sciences and engineering, and abbreviated forms were developed to avoid the hassle of writing out lengthy and complicated formulas using the full forms of the chemicals. The following are some general rules regarding the use of chemical symbols:

Here, the different elements need not be first defined before use as the symbols are standardized.

Example: For these studies, thin-layer chromatography was performed using acetone–alcohol–water (1:1:2) [not acetone:alcohol:water (1:1:2)] as the solvent.

Example: Molecular dynamics simulation has been performed for investigating the glass transition of Pd–Ni (not PdNi) alloy nanoparticles in the solidification process.

Here, PdNi is incorrect because this is not a chemical compound but an alloy.

Appropriate use of symbols ensures that your academic manuscript is accurate in addition to being well organized and presentable. Consistent use of the pointers mentioned herein will convey your work in an understandable manner with no room for loss or misrepresentation of information.

Using the correct symbols: the degree sign and the multiplication sign
With modern word processors, we no longer have to make…
59.6k