The cost of reformatting papers, awareness of open access, the effect of misrepresented citations, and more (Good reads, October 2019) 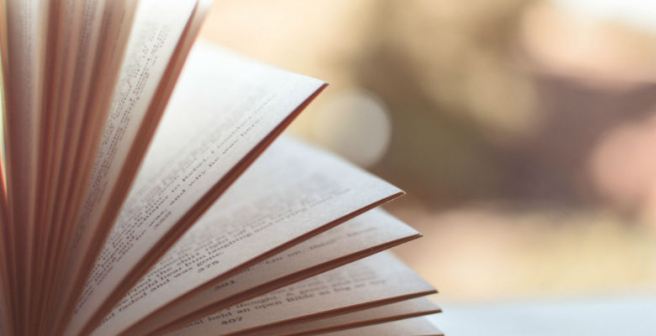 Here we are at the end of an exciting month! October was one of the most happening months of this year as the scholarly community came together to celebrate the World Mental Health Day. Several conversations focused around raising awareness of being mentally healthy and the need to support those who are facing mental health issues. We at Editage Insights joined the conversation by supporting launch of a global survey by Cactus Foundation to understand the research environment in which academics operate. Apart from this, academia also celebrated Open Access Week. And this is not all! To catch up on this and more, read on!

1. How much does it cost to reformat research papers? A new study takes a deeper look at the journal publishing process – in particular, at the resubmission workflows for rejected manuscripts, i.e., situations where manuscripts that are not accepted during the first submission are reformatted by authors and resubmitted to another journal for consideration. This study attempts to “understand the magnitude of the burden imposed by the current resubmission process.” The authors randomly selected research articles from twelve journals (also randomly picked) from the InCites Journal Citation Reports database, and approached the first or corresponding authors of resubmitted articles to capture their views on the process of reformatting and resubmitting their manuscripts. They found that the authors are not satisfied with how the resubmission process works because the time spent on preparing and reformatting the manuscript for a new journal leads to publication delays and increased economic burden.

2. Careless citations distort scientific literature: An article published in Nature explores how careless citations distort the scientific literature and perpetuate science myths. Criticisms of some scientific ideas are often misrepresented by citing researchers who either read the articles superficially or read but misunderstand them. This is corroborated by a recent analysis that has reviewed all the papers citing a 2000 study that challenges the Hawthorne effect — a theory suggesting that people change their behavior if they know they are being observed. The new analysis found that most of the 196 papers miscited the 2000 paper, saying that it affirmed the Hawthorne effect rather than questioning its validity. A similar pattern of miscitation was observed for two earlier papers critiquing the Hawthorne effect. While initially these papers were cited correctly, over time, the interpretations became distorted, and the papers were increasingly miscited claiming that they confirmed the Hawthorne effect rather than critiquing it. Such miscitations, by their sheer volume, can distort the literature by spreading misrepresentations or half-truths, resulting in proliferation of scientific myths.

3. What cost do research funders bear to lead science? In this post, Kyle Myers, an assistant professor at the Harvard Business School, has explored an interesting aspect of research funding. He says that there are “investigator-initiated” grants where the researchers decide the ideas that are reviewed for funds and “mission-oriented” grants where the policymakers decide which topics to provide grants for. At times, researchers have to adjust their trajectories in order to apply to targeted grants. He wanted to explore how these adjustments occurred and the expense the funders had to bear to incentivize researchers to change the course of their study. He studied a subset of the National Institutes of Health’s (NIH) “targeted grant mechanisms” and found that “substantial sums are necessary to induce scientists to make even minor changes to the type of projects they pursue.” Understanding these costs, he says, are important for policymakers to understand to make better decisions on how to direct the funds.

Could you provide a list of open access (OA) publishers that publish articles free of cost?
As an emerging researcher, I have affordability issues…
84

4. Awareness of open access in academia: During Open Access Week 2019, Taylor and Francis released a report that talks about researchers’ intent to improve access to research and their awareness of how they can go about doing so. 66% of the authors who took the survey were not aware of 11 open access initiatives indicated in the survey questionnaire. Only 5% of the survey respondents knew about Plan S, which has been the topic of discussion among the global academic and publishing community. There was also a lack of consensus about author’ support of the principle of open access. “There is clearly much more that publishers, funders, librarians, and open access advocates need to do to raise awareness among researchers of the OA options available to them,” said Caroline Sutton, director of open research, Taylor & Francis. A copy of the report is available on the Taylor & Francis Newsroom Embargo Area.

5. Pursuing the academic life outside academia: ‘Should I consider a career outside academia?’ is a question many PhD students and graduates find themselves asking. This is due to several factors: lack of tenure positions, irregular and low-paying adjunct professor opportunities, and the demands of higher education institutions. In this piece, Warren Hoffman, a PhD in American literature, urges postdocs and PhDs in waiting to tweak the question, and ask: Can I have a rewarding intellectual life outside academe? To elaborate, he proposes that instead of seeing how the learnings from your PhD can help you secure a job and career, you should see how they can help you continue pursuing intellectual curiosity and rigor. Hoffman has engaged in various writing and theatre roles outside the realm of academia himself, leading up to his current high-profile position as Executive Director, Association of Jewish Studies. He did so by drawing upon the valuable skills of reading, writing, and critical thinking imbued during the time he did his PhD. Periodically, he even takes up adjunct roles, but more to satiate his thirst for teaching than for the pay, as he has a steady and satisfying main job. No surprise then that many academics seem envious of his having got the best of both worlds. In some cases, then, the answer to the question ‘Can I think of a fruitful career outside academia?’ seems to be a definite yes.

We hope you enjoyed our top picks for this month. Have you come across an interesting conversation that would make for a good read? If you have something you’d like to share, please do so in the comments section below.

Do browse through our previous Scholarly Communications Good Reads collections where we regularly feature more such interesting discussions from the scholarly publishing world.