Getting back out in the field after cancer
Post-fieldwork struggles: Taking it one page at a time
I was diagnosed with multiple sclerosis three years ago
From collecting dead mice as a child to getting a postdoc…
What it's like to be a paleontologist mom

Dealing with the post-fieldwork blues 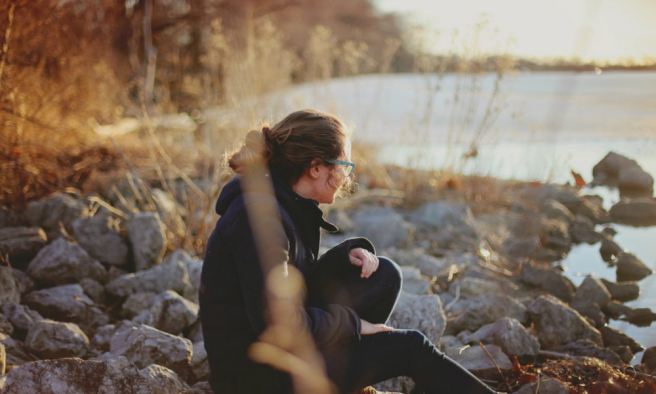 As is the case with a lot of scholars nowadays, I don’t really have a single fieldwork site. My thesis focused on Persia, but to keep my archaeology skills up, I have signed on to supervise numerous excavations around the world.

The project closest to my academic research topic, and the one I was most keen to pursue in the future, was the excavation I joined last spring in Iraq. The project was directed by Stony Brook University, but the team that they put together was a real international hodgepodge. We were excavating domestic structures at Ur, trying to better understand the transition in social systems between different periods. My own aim was to better understand the archaeology of the region, make some contacts, and visit the National Museum of Iraq.

In the museum, during our last week on site trying to photograph as much as my phone camera could handle

We worked 6-day weeks. On regular days, work started at about 5:30 am. Early on in the season I made sure I was awake early enough to have breakfast, but after a while I just started waking up as late as possible to get the extra sleep in. We worked in the field for 3 hours, training students, digging and recording the site, and then had a short break for second breakfast. We continued excavating until 1:30 pm when we headed back to the dig house, which in this case was also our place of residence, for lunch. After lunch it tended to be a race for the shower, unless the water wasn’t running, in which case we just dealt with being mildly covered in dust for the rest of the day.

Before heading back to do paperwork or post-processing of artefacts and samples, we had a short break which we either used for napping, or for getting work done from home. As I was in the final 6 months of my PhD at the time, I tried to fit in some writing or job-hunting. In the afternoon, work started again. The day’s site notes were digitised; pottery was counted, weighed, identified and drawn, as were bone samples. Small finds were washed, recorded and photographed. Environmental samples were sorted and identified. Somewhere between all that, we ate dinner. By the end of the dig, we were working till just before midnight, often with Indiana Jones or some other classics playing in the background. Our days off also soon became work days. The first two weeks we spent our days off visiting the marshes or seeing important local figures, but by the end of the trip, we were just using them to catch up on our workload. It was incredibly intense, but the site was incredible and the knowledge we were gaining made it all worthwhile. It also helped that I was working with a great team of archaeologists, workers, and students, and I was paired up with an amazing “trenchmate.” She got me through the difficult days of being rained out or digging through a minor sandstorm. I honestly can’t imagine going through the whole ordeal without her.

One of the most difficult things after the excavation was probably the dissolution of my support network. The archaeological team went through a lot together. We were actually initially denied entry to the country on a visa technicality, so we all experienced a lot of anxiety and frustration together before we even started excavating. During excavation, the proximity could be frustrating, and we all needed some time to ourselves, but most of the time we relied on each other to cope with the hard work and little sleep. After being cooped up with the same people every day for 9 weeks you tend to become very close (that, or you decide you never want to see them again in your life). It can be extremely difficult going back to an environment where you don’t have people to share your experiences with.

Most of us on the Stony Brook team were not based at the same institution, so we couldn’t band together to deal with our post-excavation dips. Though even in cases where I have been at university with my dig-mates, the change in environment can in some cases undo a lot of the bonding that occurred on site. I was lucky that I had a trip to the US planned only 3 months after the dig ended so I got to visit some of the other team members and have a proper debrief after the fact. But you can easily feel quite isolated after an excavation, and it can be hard to explain your experiences to others who weren’t there. The explanation always ends up being something between, ‘I am so exhausted I want to cry’ and ‘I loved it so much I want to go back right now.’ The reassurance of well-meaning partners, friends and family can feel ingenuine and it can often feel like time didn’t progress in the same way for them at home. It is easy to feel disconnected and out of the loop. Keeping in touch with a few people from the dig can really help, especially when you have only just returned home. Just having someone to complain to who is going through the same thing can be extremely cathartic. Our “trench” team on the final day of excavating

The other major issue of post-fieldwork blues is the change in pace, you come home and suddenly the intense structured schedule you were working to is gone, and you have to find ways of managing your own time and tasks again. Often you will find all the energy that got you through on 4-5 hour nights is suddenly gone, and you just feel exhausted and drained. The important thing at this point is to give yourself time to breathe and recover without spiralling into inertia. In the past, I have sometimes come back from fieldwork and just slept for 24 hours straight. While this can feel necessary at the time, it is really important to get back into a rhythm as soon as possible. I am personally awful at finding a decent routine and can often slip into a nocturnal state where I can’t seem to wake up in the mornings, but can’t switch off at night. By organising your day so that you get a decent 8-9 hours, you can avoid the “lie in bed and feel nostalgic” routine that many of us go through after fieldwork.

There is the additional problem of coming home to a monstrous pile of work that you couldn’t keep on top of while you were away, or even worse - coming home to a lack of activities to keep you occupied. Once again, this is where planning comes in; before you set out on your fieldwork, make sure your colleagues know you are going, and try to organise your work so you aren’t just putting everything off. If you are looking at a gaping hole post-fieldwork, it might be good to start planning a project or trip before you even leave. It may sound overzealous but having something to look forward to is key for maintaining positivity in the post-fieldwork slump. On a day-to-day level, making sure to plan something where you get out of the house and socialise can be very useful, even if it is just grabbing coffee with a colleague or going to the office to print something. If you normally work from home, this might be a good time to try working at a library or coffee shop, just for a few hours a day to get out of the house.

For some people, post-fieldwork blues is just the odd sigh at the sight of a field snap on Facebook, but for others it can mean a destabilising slump that lasts weeks, if not months. Either way, you need to be kind to yourself, and make sure to get help when you need it. Fieldwork can be an amazing experience, but is also an intense one, and if you are struggling to deal with life, going “back to normal” afterwards, just remember you are definitely not alone.

This is a story by Dr. Annelies Van de Ven (@archaeoa1), published on March 13, 2018, on the blog 'Field Secrets' (available here) and has been republished here with permission.