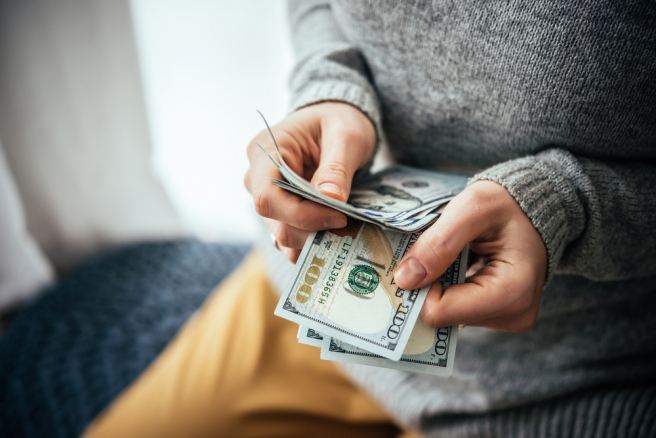 In November 1895, Alfred Nobel made his famous will, according to which most of his estate, worth 31 million Swedish Kronor (SEK) at the time (currently equivalent to about 200 million USD), was to be converted into a fund and used for the establishment of a prize, what we know of today as the Nobel Prize. The income from this fund was to be “distributed annually in the form of prizes to those who during the preceding year have conferred the greatest benefit on mankind." Thus, apart from the honor, prestige, and recognition that the Nobel Prize offers, the winners also gain financially from it. Every year, the winners receive a gold medal, a diploma, and a prize amount which is decided by the Nobel committee.

In 1901, the Nobel Prize money amounted to SEK 150,782 (currently equivalent to about 980,000 USD). It increased over the years, reaching 10 million in 2001. In 2012, the prize amount was reduced to 8 million SEK ($ 1.1 million) because of the global financial crisis, and has remained the same since. A million dollars is by no means a small amount even after it is taxed. Sometimes the prize money is shared by up to three people in which case the amount each person gets is lowered. Even so, whatever is left is still a significant amount. What do the Nobel Prize winners do with the prize money? Do they make expensive purchases for themselves, spend it for further research, or use it for a charitable cause?

Some of the Nobel winners have used the prize money for furthering scientific research. Marie Curie, won the Nobel Prize in Physics in 1903 along with her husband Pierre and Henri Becquerel for their work on spontaneous radiation, and they used the prize money for further research. This decision evidently reaped its rewards, as Marie Curie received the Nobel Prize again in 1911, this time in Chemistry, for discovering the elements radium and polonium.

Some philanthropic Laureates such as Albert Einstein and Paul Greengard have donated the Nobel Prize amount to institutions or people that have supported them. Albert Einstein won the Nobel in 1921 and left the entire prize money to his first wife Mileva Maric and their two sons. Possibly, he wished to show his gratitude to his wife, who, being a scientist herself, had assisted him in his work. Surprisingly, Einstein had made this arrangement in a notarized document at the time of their divorce in 1919, two years before he got the Nobel Prize! Neuroscientist Paul Greengard donated his 2000 Nobel Prize money to Rockefeller University, where he has been a professor since 1983, as a mark of gratitude. He then established a new award, the $50,000 Pearl Meister Greengard Prize for women with the intent of countering bias against women in science.

Some Nobel Laureates have simply donated the sum for causes they supported. For instance, Günter Blobel, winner of the 1999 Nobel Prize in Physiology or Medicine, donated the entire sum for the restoration of a cathedral and construction of a new synagogue in the city of Dresden, Germany. George Smoot, co-winner of the 2006 physics prize, donated the amount to a foundation that matched the funds to support scholarships and fellowships. Smoot said, “This was effective, as if I had taken the prize, the United States and California would have taxed away half of it … This way much more funds went to young people in a way that may change their lives in a major way to the good.” John Mather, co-winner of the 2006 physics prize, donated his portion of the winnings to his John and Jane Mather Foundation for Science and the Arts, which supports dance, student fellowships, travel grants for NASA interns, and other projects.

Interestingly, many scientists also spend the amount on real estate, children’s education, payment of taxes, or fancy purchases. Wolfgang Ketterle at the Massachusetts Institute of Technology, co-winner of the 2001 physics prize, spent his share on a house and his children's education. Physicist Richard Feynman, who won the award for physics in 1965, said he would use it to pay his income tax for the coming years. When Sir Paul Nurse won the Nobel Prize for Medicine in 2001, he decided to buy a high-end motorbike. Economist and MIT Professor Franco Modigliani who won the award in 1985, apparently used part of the amount "to upgrade his laser-class sailboat." Phillip Sharp, co-winner of the 1993 medicine prize used the money to buy a 100-year-old Federal style house. A fellow winner, British biochemist Richard Roberts, reportedly used the sum to install a croquet lawn in front of his house.

Deciding how to spend the prize money can take time. For one, new Laureates become so busy attending meetings, lectures, etc., that they are hard pressed for time. “I've not managed to think about the prize money. There have been great demands on my time," said Serge Haroche, joint winner of the 2012 physics prize, although he said he would probably look into real estate.

Nobel Prize facts part 2: Laureates by field and country
In the first part of the Nobel Prize Facts series, we…
8.2k

Laureates who cannot think of any appropriate expenditure save the prize money for future use. "Back then, I did nothing particular with that money," says molecular biologist Christiane Nüsslein-Volhard, winner of the 1995 Nobel Prize in Physiology or Medicine. Nine years later, she donated a large part of her prize money to a charity she established to support women working in science in Germany.

Among the latest winners of the Nobel, the winner of 2017 Nobel Prize in Physics, Rainer Weiss of the Massachussets Institute of Technology (MIT), has decided to donate the prize money to his university. On the other hand, the 2017 Nobel Prize winner in Economical Sciences, Richard Thaler, joked that: "I will try to spend it as irrationally as possible!"

For winners of the peace prize, the decision is often easier as most of them are public figures, such as politicians, activists, and organizations. Many, like the US President Barack Obama in 2009 and the European Union in 2012, donate to charities. Others, like the 2006 winner Bangladeshi economist Muhammad Yunus and the 2008 winner, former Finnish President Martti Ahtisaari, use the funds for social welfare projects.

While everyone is curious to know how Nobel Laureates plan to spend their prize money, needless to say, it is the honor associated with the prize that matters the most. As Philip Sharp, the 1993 winner of the medicine prize, rightly says, “Receiving the prize is a cultural event, not a financial one."