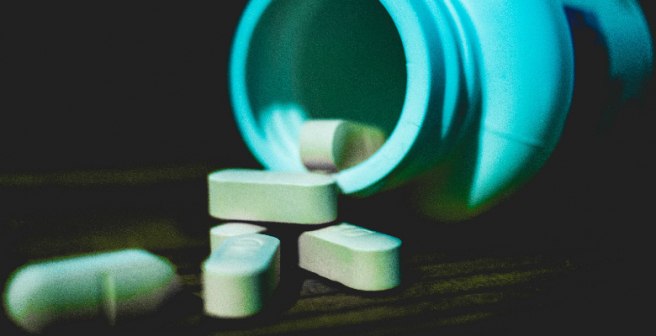 Clinical trials are considered a key research tool in discovering new drugs, treatments, and devices, and testing their safety and efficacy before they are used extensively. It is mandatory for researchers to register clinical trials and report the outcomes within a stipulated period of time. While researchers follow these best practices, many indulge in what is known as ‘outcome switching.’ When a trial report does not include outcomes that are part of the pre-registration, or publishes additional new outcomes without any underlying explanation, it is considered to that the trial has switched outcomes. Outcome switching is concerning because it affects the transparency of research and deviates from the norms of clinical trial reporting, thus threatening the integrity of medical research. Moreover, the impact of inaccurate reporting of trials on healthcare can be immense, which is why this phenomenon warrants attention.

One of the most infamous examples of outcome switching is Study 329, a clinical trial conducted in North America by GlaxoSmithKline to study the effectiveness of the drug paroxetine in treating depression in adolescents. The trial outcome reported positive results, and the drug was widely used by clinicians: in the year 2002, 2 million prescriptions for paroxetine were given in the U.S. to adolescents and children. However, some researchers expressed concern regarding the drug’s efficacy, and a closer examination of the trial data revealed the evidence of outcome switching. It was found that while the trial had pre-registered 2 primary and 6 secondary outcomes, 19 additional outcomes that were not a part of pre-registration were measured. Of these, only 4 were positive and the trial report mentioned them as if they had been the main outcomes, while the negative effects had been downplayed. It was discovered that the drug was ineffective in treating depression and, in fact, increased suicidal tendencies. Following this, clinicians were prohibited from prescribing paroxetine. While this drug was prescribed in a specific geographical area, during public health crisis when drugs are tested to cure pandemics like swine flu and Ebola, outcome switching could have a massive impact internationally.

Accurate reporting of outcomes is important not only to further medical research but also to counter the reproducibility crisis that science is facing.
Because trial outcomes help healthcare practitioners and public make informed decisions about their treatments, guidelines have been developed to ensure that all trials conform to established standards; for example, CONSORT is used for Randomized Control Trials (RCTs), STROBE for observational studies, and STARD for diagnostic studies. Researchers are expected to follow the relevant guidelines, and journals are expected to accept papers that conform to the guidelines. But does this happen? A paper published in May 2015 in PLOS ONE evaluated the extent of outcome switching and selective reporting between registry entries and published reports among leading medical journals. The authors reported that of the 137 RCTs published in 6 months, 18% had discrepancies related to primary outcomes, 15% changed the primary outcome, and 64% had differences relating to pre-specified non-primary outcomes and introduction of new non-primary outcomes. The extent to which clinical trial reports are commonly botched even in high ranking journals is worrying.

Due to the risks associated with non-compliance to clinical trials guidelines, efforts are being made to highlight any cases of outcome switching and correct the scientific record. Ben Goldacre, a Senior Clinical Research Fellow at the Centre for Evidence-Based Medicine and a founder of the AllTrials campaign, launched a new initiative called the COMPare Project. He and his team look for discrepancies in a published trial’s registry entry and reported outcomes, and when they do, they point out the problem to the journal. So far, they have evaluated 67 trials published in high-ranking journals: New England Journal of Medicine (NEJM), JAMA, The Lancet, The BMJ, and Annals of Internal Medicine. In the 67 trial reports, a total of 301 pre-specified outcomes were left unreported, whereas 357 non-pre-specified outcomes were added without any data to back them up. When Goldacre’s team alerted the journal editors about specific papers published in their journals, their responses were varied. While some were prompt in issuing correction notices, others showed wariness and even dismissed the concerns. Though Goldacre agrees that most journals are committed to improving the standards of trial reporting, stringent compliance policies are hardly observed. “There seems to be a rather odd cultural blindspot around policing it (the outcome switching phenomenon),” he remarked.

Outcome switching is a concerning issue, and one that needs to be addressed promptly. Authors, journal editors, and trial sponsors should commit to embracing the best practices associated with clinical trial reporting. Considering the scientific, ethical, and moral implications of the outcomes they publish, authors should maintain transparency and accuracy in reporting trial data. On their part, journal editors should actively work towards ensuring that guidelines are followed and take action – by either issuing corrections or retraction notices – when discrepancies are spotted. Finally, sponsors who initiate trials should feel responsible for overseeing the transparency and scientific accuracy from the registration of trials to outcome publication. Accurate reporting of outcomes is important not only to further medical research but also to counter the reproducibility crisis that science is facing.