50 Motivational quotes and tips, 1 for each week of 2019
Chasing the Next Big Thing: Research, replication, and…
A dis-proven hypothesis and why it's not the end of the…
"Preprints have enormous potential to revolutionize peer…
How to choose the research methodology best suited for your…

How the fear of the unknown made me achieve the impossible 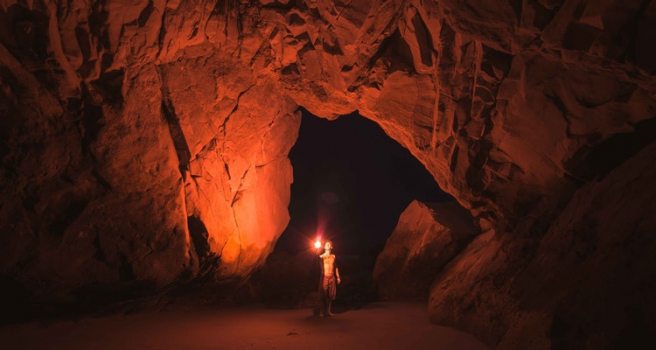 A professional content designer, creator and developer with expertise in business and project modelling

Before the big data explosion, I had always wondered how big data could be managed (though I did not know what it would be referred to as then). Around 2002, when the use of technology saw a great increase, I became fascinated by how technologies such as fingerprinting and voice recognition systems worked. And so, whenever I would come across such systems, I would always take a peek at them to see if there was anything that I could tally with my existing knowledge. I am sure others would have found my peculiar interest to be very weird.

In 2005, when I got into university for my first degree, I thought of taking up a course that would help me build a solid understanding of data science. I thought my love for physics (and the physical sciences in general) would help me in my aim of understanding data science and so, I chose to study physics. Little did I know that Providence had another agenda (as it always does), and it was going to correct my choice and set matters straight. So it was, for reasons unknown to me, I was later shipped to the department of computer science where my new classmates and I became pioneer students of that unit then. Initially I was perplexed by what happened, but later on I came to believe that that was what I wanted.

A lecturer in the department, an associate professor at that time (let’s call him Professor D), who loved the ambiguities of data as much as I did and always talked about how data is the live wire of existence, convinced me to find love in the modelling and simulation, operations research and data theory courses that he taught. He is excellent, and an “all-rounder” as an academic— at least that is what I call him. Even though his courses were rather mind-numbing and abstract for me, I did not allow that to stop me from befriending a juggernaut like him— a rare privilege around here. And so, I decided to get close to Professor D — but we became so close that I was more or less like a son to him.

Fast forward to the end of 2015, when I took up a Master’s degree in Information Technology (IT) at my country’s National Open University, I was really excited to do something different in academia. I wanted to come out as a truly “tech-altered” fellow who stood out among his peers – an uncommon scenario in a third-world country like Nigeria. Consequently at the time of writing my dissertation, we had the opportunity to exhibit our knowledge in the field and express ourselves in the best way possible. Everyone was doing something quite familiar in the IT world, from creating websites to analyzing existing tech tools. But not me – because I wanted to slay! I wanted to discern and explore how the “oyibos” (those we refer to as white men) have succeeded in understanding this mammoth data concept, working with and taming big data. It really amazed me in the most potent way possible and I was hell-bent on finding out.

So I reached out to Professor D, whom I had left behind after graduating from the university. Though there was not much of social media from 2008 to 2015 in Nigeria, I still kept in touch with him for those seven or so years using emails and traditional phone calls.

I asked Professor D for advice on what I could do for my dissertation to ensure that I stand out. And boom, he said “Big data.” The first word out of my mouth was “What?” and he went on to say “Rex, nothing would be as satisfying for me and as soothing for you if not big data and analytics.” I quivered with excitement at the sound of that, but chuckled a bit at the same time in anticipation of when I would complete the work and carry the self-acclaimed title of “Big Data Researcher.”

I started thinking about what I was going to write, where I was going to begin, and why exactly were people now referring to data as big. Often I would also freak out and unnecessarily extend my worries to Professor D. He was completely unfazed by me panicking like a rookie pushing buttons indiscriminately while playing a video game. Instead, he was always there to guide me as much as possible, and sometimes provide emotional support whenever I felt frustrated with my work. All this he rendered without asking for anything in return.

Surprisingly, I used to fall ill sometimes knowing that I was going to embark on an exploratory journey that required an immense understanding of data, but I would get better the minute I started working on the project. It was as if accomplishment in the field was the antidote to my illness. It invariably became clear to me that I had to choose big data as my research interest, or else I would be haunted by the thought of it for life.

Professor D always created time out of his demanding schedule to explain the big data concept to me as much as he could, continually convincing me to see the many reasons why this particular research interest was just the right one for me. I remembered him advising me to go a step ahead by taking online courses, reading whitepapers, attending seminars, watching Microsoft and Google webinars, following accounts like IBM and Harvard on social media, etc. – to “just do something, anything,” for the sake of achieving my aim and creating a new research dimension on data essence and usability in Nigeria.

There was an occasion where he told me of a theory called the Penrose staircase, and how it related to the avoidance of utilizing big data inferences in our society. This theory is similar to the round-robin model in computer algorithms where entities keep going back and forth in a delusive space with a self-deceptive perception of growth. After careful consideration, I realized that these theories are not just hypothetical utterances to sweeten an academic discussion, but they contained lessons for my personal context. They helped uplift and balance my determination, dexterity and drive to ensure I did not go about an elusive, vicious circle of assumed progress while doing my thesis. I laughed and wailed at most of the ideas he brought on, but I never swept them under the rug.

We examined so many data frameworks and read so much that we became research and study buddies. Professor D was excited about our new routine because it enabled him to develop his understanding of the subject also and get great materials for his forthcoming inaugural lecture on what he titled “Decismatics: Advancing A Kernel Discipline For The Decision Science Universe”— which centered on utilizing mathematical models in manipulating raw data to make 100% clear-cut decisions.

Sometimes we stayed up late in his office, even until 2 am, discovering and talking everything big data. And if I could no longer go back home, Professor D would get me to check into a nearby hotel for my safety as well as to ensure that I could conveniently resume our research and discussions about the peculiarities of big data without skipping a day.

Granted, I have always wanted to be different from the lot, doing something that I admit would make me stand out, but I never imagined working on something this ambiguous, demanding and time-consuming. I also realized that my childhood love for data and questions about how it is managed would come back to haunt me if I left them alone.

Now, if you fast forward to this day, I am an entrepreneur and co-founder of a startup that works with digital data archiving, information development, and content management. I could not be more grateful for all that I went through especially with the help of Professor D, in my pursuit of understanding big data, and how I eventually confronted and conquered my fears of the subject by not allowing it to overwhelm me. Up to this day, I have overcome major odds in my life and succeeded in penning down one of the first exploratory studies of big data and analytics in my country, Nigeria. Today, I have come to realize that sometimes in life, recognizing what it is we fear most (and learning ways to get past it) may be just what we need to achieve the impossible.