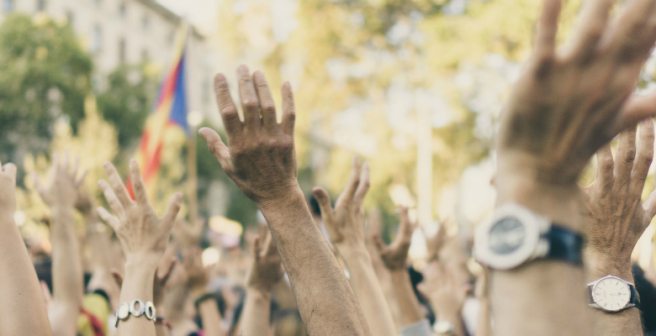 The Hungarian parliament passed a law on July 2 that will transfer the control of academic institutions under the Hungarian Academy of Sciences (HAS), the country’s oldest scientific institute, to the government, in spite of the protests from the academic community. While the government states that their intention is to promote research, the global scientific community believes that this move is a threat to academic freedom.

The 200-year old HAS manages a network of 15 institutions and 150 research groups with around 3000 researchers affiliated with these institutions. According to Reuters, currently, the government funds the academy, and the academy then allocates the funds to the institutions under its supervision. However, as per the new law, a government body called Eötvös Loránd Research Network, mainly consisting of government-appointed delegates, will take over the institutions managed by the academy.

As reported in this article, the new agency will have the power to use the assets owned by the academy as well as the research projects and scholarships acquired. In addition to that, the government will also have the power to start new institutions and shut down existing ones. The prime minister of the country Viktor Orban will helm Eötvös Loránd Research Network, thus all the institutions will be under his direct control.

The government’s decision has been met with criticism and protests from the research community. Thousands of protestors held demonstrations in Hungary on Tuesday to express their displeasure with the law that they believe will curb academic freedom. According to The Scientist, researchers fear that they will be forced to conduct research in areas that are of interest to the government. Lydia Gall, a Human Rights Watch researcher said that “There is a general fear among the scientific community that their research will be controlled by the government.”

I have moved to a new institute but want to publish research done in previous institute. What should my affiliation reflect?
It has been four months since I have transitioned from…
15.1k

Researchers have also expressed concerns about the potential brain-drain in the country due to the restrictions. According to Liviu Matei, head of the Central European University, a group of Hungarian researchers (their affiliations were not disclosed) has already planned to move to Sweden as they are unable to continue their work in their home country.

Defending their decision, government officials said that, “Every forint of state funding spent on research must generate concrete returns for the Hungarian economy and eventually for Hungarian society.”

Orban’s government has faced backlash from the research community several times in the past years due to its reforms that academics have deemed as a strike on research autonomy. For instance, the government had withheld HAS’s funds in December last year as part of its reforms to boost scientific innovation and increase competitiveness in the country. Apart from that, the Central European University was forced to move its programmes to Vienna, Austria in December 2018, a decision which was seen by the Hungarian people as an “attack on academic freedom.”

The European research community has expressed solidarity with the academy by writing several open letters to the Hungarian prime minister in the past several months, including the latest one by the heads of 10 leading institutions of Germany.

The legislation is likely to come into effect after it has been officially approved by the Hungarian president János Áder.

How do you think the new law will affect Hungarian research in the years to come? Do you think this will impact global research as a whole? Please share your thoughts in the comments section below.

8 Rhymes to help you during tough postdoc times
Often PhD graduates find it difficult to deal with the…
1.7k