I'm a globe-trotting scientist... But I'm still looking for…
The anatomy of a graduate student's desk
A typical day in the life of a statistician
What's the PhDealio?
I can't believe I've been a PhD student for more than a…

I never meant to become addicted to coffee 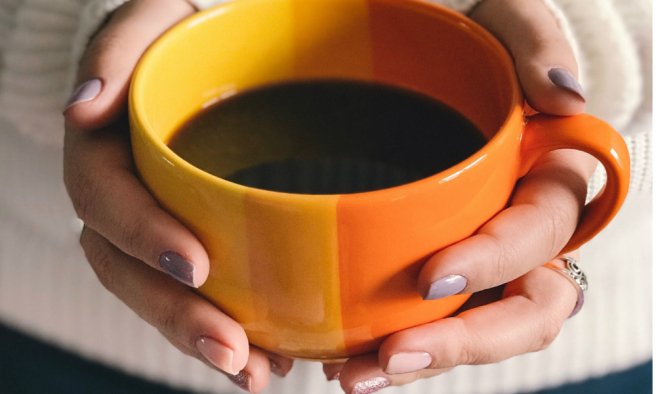 I never meant to become addicted to coffee.

In fact, I almost made it all the way through college with barely touching the stuff. Sure, I’d occasionally indulge in a white chocolate mocha (a guilty pleasure) to get me through finals week, but I generally didn’t need caffeine to keep my brain afloat. But that all changed during the second semester of my senior year when I enrolled in a Latin American history class.

Don’t get me wrong; Latin American history is anything but boring. However, the combination of the class taking place from 3-4:15 in the afternoon and the professor speaking with a barely audible, essentially monotone voice (case in point: I sat in the second row and had to strain to hear him) made it very difficult to stay awake. And so on Tuesday and Thursday afternoons, I got in the habit of picking up a cup of coffee from my sorority’s kitchen. Thanks to this little boost, I managed to make it through the class… but I also began the downhill slope of my coffee addiction.

I spent the next year at the Kanakuk Institute, where daily classes from 8 am to noon made coffee an essential part of my daily routine. About halfway through the year, I learned the hard way that I needed coffee to stay awake. One of my classmates thought it would be funny to pull a prank on the rest of us. When he was on “breakfast duty,” he swapped the fully-leaded coffee grounds for decaf. We all filled up our travel mugs and headed to the morning’s lecture, completely unaware of his bait-and-switch. That is, until we began falling asleep in class and noticed him laughing in the back of the room. Although his joke was well played, our decaffeinated state made us all very, very unhappy.

Since starting graduate school five years ago, I’ve come to terms with my coffee habit. I try to keep it in check by only having two or so cups a day, though during exams and finals season, this number inevitably increases. Occasionally, I detox by going cold turkey, especially over Christmas break when my brain doesn’t need to be engaged with schoolwork. And overall, I’ve learned that, generally, if I have coffee within my “caffeine window” of 8 am to 11 am, I won’t have any withdrawal symptoms. Sometimes, though, I can get away with skipping my daily cup of joe and be just fine; it all depends on how tired I am, what I’m doing, and how active I am that day. For instance, if I’m out and about running errands or exploring a city, I may not need coffee. But if I’m reading at an archive, then caffeine is pretty much essential.

A couple weeks ago, I relearned this lesson the hard way. I was in Warsaw, doing my last bit of research at the Polish version of the State Department archives. This archive was only open from 9 am to 3 pm, which are fairly limited hours compared with other archives. Plus, it was closed on Friday. Since I didn’t get into Warsaw until Monday, this meant that I would only have three days to plough through as much material as possible. Using my trusty Google Maps app, I figured out my route for the 45-minute trip on two buses. I figured at least one of the bus stops would have a bakery nearby where I could grab a cup of coffee. But as you’ve probably guessed, I thought wrong. Not only was there no coffee shop anywhere in sight, but the archive itself was at the end of a long residential street essentially in the middle of nowhere. And unlike the German State Department archive, which has a vending machine for coffee (and even for milkshakes!), this archive had nothing. I was up an archival creek without a caffeinated paddle.

At first, I thought I’d be fine. After all, I am fine sometimes when I go without coffee. And besides, I had some ibuprofen in my backpack if I started to get a headache. Plus, I needed to work so intensely that a wave of adrenaline should have kicked in at some point.

And neither did the ibuprofen. By 1 pm, I had a splitting headache, I could barely keep my eyes open, and my Polish comprehension abilities had reverted back to a beginner level. To quote many a millennial, I literally couldn’t even, and the struggle was unbelievably real. At some point, I realized that my plan to tough it out simply wasn’t going to work. If I were to make it through the afternoon, I was going to need a caffeine injection STAT. Leaving the reading room, I asked a security guard (in broken Polish) for directions to the nearest gas station. Ten minutes later, I was halfway through an XXL-size cappuccino and felt significantly better. The caffeine had kicked in, and I knew I was going to make it through the day.

As I was waiting for the bus that afternoon and thinking about my day, a thought struck me:

How does my need for caffeine compare to my desire for Jesus?

I’ve been a Christian for many years now and have consistently carved out daily time with God for the last several years. And yet if I’m honest with myself, these “quiet times” can often become an item to check off my list rather than an actual encounter with my Savior. Especially when things are good and life is going well, it’s easy for me to slip into a routine in which these times are rushed, or if I am busy, non-existent. So while I may sing songs about loving Jesus and desiring His presence, these lyrics far too easily become empty words and good intentions, rather than an actual reflection of my heart.

Yet that’s not the way I want to be, nor is it the abundant, Spirit-infused life that I see in Scripture. The Psalmist talks about craving God, saying that “as the deer pants for the water brooks, [his] soul thirsts for God, the living God.” And elsewhere, we are told to desire Him above all else and to rejoice in His presence. Put differently, if we love God, we should increasingly crave His nearness; our souls should need Him in the same way that our lungs need air or, to continue the above analogy, that my body needs coffee.

But if I’m honest, this is often not the case for me. All too often, I don’t crave Jesus, and I certainly don’t desire Him above all else. When I fail to spend intentional time with Him, my day tends to look pretty much the same; my soul doesn’t show withdrawal symptoms until much later. And even then, this frequently comes in the form of “I should read my Bible” rather than “I desperately need this time with God.”

Yet while this revelation is convicting, I take comfort in the fact that I want to want Him. This seems to be a good place to start. I am praying that the Holy Spirit would grow in me this thirst for Jesus and this hunger for His nearness and His presence, so that He would truly become my heart’s greatest desire.

And with that, my brain is now tired… time to find another cup of coffee. Stefanie Woodard (@steffikrull) is a PhD Candidate and Dean's Teaching Fellow at Emory University in Atlanta. This story was published on August 9, 2017, on Stefanie’s blog, In Plain Sight (available here), and has been published here with her permission.