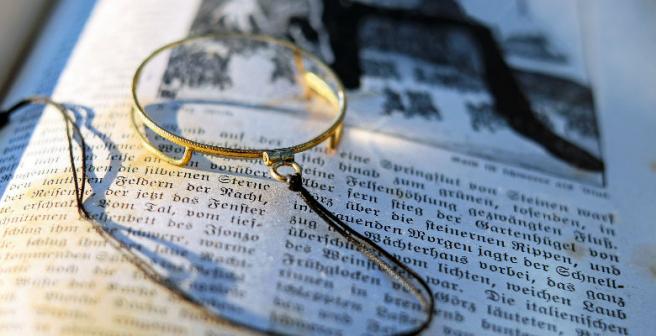 In recent years, India has emerged as one of the leading countries in terms of research volume. As per Elsevier’s 2018 Research Intelligence report, the country is the fifth largest producer of research publications, only behind scientific superpowers such as the US, China, the UK, and Germany. When it comes to India’s ranking in Asia, as per the Scimago Journal and Country Rank database (which includes papers published between 1996 and 2018), India ranks among the top Asian countries in terms of research output, alongside China and Japan.

However, India’s research performance on parameters such as citation and collaboration has not been as stellar. In terms of citation, the country ranks 10th in the Elsevier report and 14th in the Scimago database. In terms of international collaboration, the country has even seen a marginal decline in recent years, as per the STM Scientific Publishing Report 2018. Additionally, in the past few years, the country has witnessed the rapid proliferation of predatory journals, putting a question mark on the quality of much of its research output.

Various stakeholders in the country – including the government, statutory bodies, and private institutions – have been working to deal with the challenges impacting the quality of the research output. In this article, we will take a closer look at these challenges as well as how the stakeholders are addressing them. The challenges include:

The University Grants Commission (UGC), India’s statutory body for higher education, has in the past year been reviewing several components of the PhD system, perhaps with the view that today’s PhD holder is tomorrow’s researcher.

In May this year, amid growing concerns that doctoral papers in recent years have been short on novelty and quality, the UGC called for a review of the PhD papers published in the past 10 years to identify the kind of guidance and support PhD students require. The review is meant to assess the type and value of PhD topics that have been greenlit in the recent past. Sushma Yadav, a member of the UGC, explained the need for the review: “Higher education in India has expanded a lot over the last decade. But with growth in quantity, keeping a tab on quality becomes a major concern.” The results of the review are shortly due, based on which the UGC also plans to unveil new guidelines and regulations for higher education in the country.

The UGC is also considering the removal of the publication requirement for PhD students. Presently, it is mandatory for PhD students to be published in a peer-reviewed journal to be awarded their degree. However, the timelines for publication in some fields (such as natural and life sciences) are longer than those in other fields. This causes a delay in the awarding of the degree, keeping students from advancing to the next stage in their careers, thereby leading to much stress. Also, this shifts the responsibility of ensuring the quality of the paper to the journal rather than resting with academics and their supervisors.

The move would not only reduce career-level insecurity for PhD students but would also increase their accountability, leading to a corresponding rise in quality. Eminent biochemist P Balaram, who headed the committee that made this recommendation, underlines the need for this shift: “Academic standard has to be maintained by academics. Right now, the problem is that many institutions have abdicated the responsibility for PhD quality by outsourcing it to journals.”

Several factors, such as the pressure to publish and a lack of awareness of best practices of publication, have contributed to the rise of predatory publications in India. According to several academics, the introduction of the academic performance indicator (API) regulations by the UGC in 2010 was one such factor. As per the API regulations, it became compulsory for teachers in all higher-education institutions (HEIs) to publish research papers and attend academic conferences for career progression.

While the intention was to raise the calibre of academics and research, it had the reverse effect. Academics already burdened with high teaching loads now had to deal with the additional pressure of frequent publishing. Many did so by submitting to journals that promised faster publishing for a fee, not realizing that these are dubious journals that either compromise or altogether omit the editorial and peer review processes. The result was a boom in the number of papers getting published, but with little or no assurance of the quality of the science. In a matter of years, the country inadvertently emerged as one of the biggest global hubs for predatory publishing.

Realizing the unfortunate consequences the API regulations had led to, the UGC has been working on various fronts. To stymie the further growth of predatory publishers, in 2017, it introduced a white list of approved journals for publishing and, since then, has continually updated the list. At the same time, it has also decided to remove the API criteria for college teachers. Additionally, the UGC is attempting to address the problem at the grassroot level by increasing the awareness of researchers about the ethical aspects of conducting research. In November last year, it set up Consortium for Academic Research and Ethics (CARE) primarily to guide researchers and academics on research quality and integrity, especially in matters of journal identification and selection. Going forward, CARE would be responsible for the regular maintenance and update of the white list of journals. Also, as per Bhushan Patwardhan, Vice-Chairman, UGC, the consortium is also developing a for-credit course to be used for faculty induction, orientation, and refresher programs.

Instating the tenure track system to improve quality of faculty

The tenure track, which grants a permanent position to a professor at an institute on successful achievement of the criteria, is an established system in the West. In India, only a handful of institutes offer the tenure track, such as Indian Institute of Science (IISc), Bengaluru and Tata Institute of Fundamental Research (TIFR), Mumbai.

This year, the Draft National Education Policy (NEP) made a recommendation for a nation-wide implementation of the tenure track system to improve the HEI faculty in the country and thereby improve the research quality. Based on the recommendation, several scientific institutes in the country have been in discussions on the adoption of the system. In September, giving tremendous momentum to the discussions, the 23 Indian Institutes of Technology (IITs) and the Council of the 31 National Institutes of Technology (NITs) decided to adopt the system.

Earlier, some institutes (such as IIT Bombay) granted permanent positions to professors after only one year of probation. The certainty of being made permanent after such a short period, some believe, takes away the need for the faculty to perform at their highest capacity. Therefore, under the new system, professors will receive tenure after five years as this would ensure that only those genuinely interested in research and academia remain in the institute and in the field.

However, some researchers are sceptical that the system will be able to fulfill its purpose. They believe it will introduce insecurity as professors who fail to get tenure after five years of being in the track system will have to look for employment elsewhere, or even outside academia, at an age when their contemporaries in other fields are well-established in their careers. On the other hand, there are concerns that the system will compel on-track academics to take up low-value research questions to meet their publishing goals, which will slow down the desired pace of improvement in research quality.

Given these concerns, some believe the impetus for the success of the system should lie with the institutes. V Ramgopal Rao, director at IIT Delhi, elaborates: “The institutes must render proper infrastructure, including research support and lab space, that faculty need [in order] to administer high-quality projects and work at their best capacity.”

How to use tenses in scientific writing
The usage of tenses in a language as versatile as…
6.5k

It is very early days for the tenure track in India, and it will be interesting to see how the system develops and, more importantly, whether it meets its objectives.

Reinvigorating research through funding
Finally, the one area that the stakeholders may need to look at with the greatest urgency is funding. The country’s spending on research, as a part of its gross domestic product (GDP), has remained since two decades at 0.6%, which is lower than that of the leading Asian countries in research: China spends close to 2%, Japan 3.3%, and South Korea 4.2%. This is also among the lowest of the G20 countries (of which India is a member).

The reason for the stagnant spending could lie in the fact that the government remains the biggest spender on research, funding about 45% of projects. In India, private institutions fund only to the extent of 35%, compared with 68% in the US and 87% in China.

An increase in funding would help improve the research infrastructure in the country. Better facilities and improved salaries and stipends would in turn make academia more attractive as a long-term career option, helping to reduce the perennial challenge of brain drain from the country.

Quality in peer review – digging deeper
Join this webinar by Duncan Nicholas to broaden your…
7.9k

The initiatives taken by various stakeholders in recent times to improve the quality of research in the country are commendable, even if long due. But a lot more needs to be done if India wishes to go from being one of the largest producers of research to becoming a global scientific superpower.