Interaction between magnetic fields of Earth and sun observed 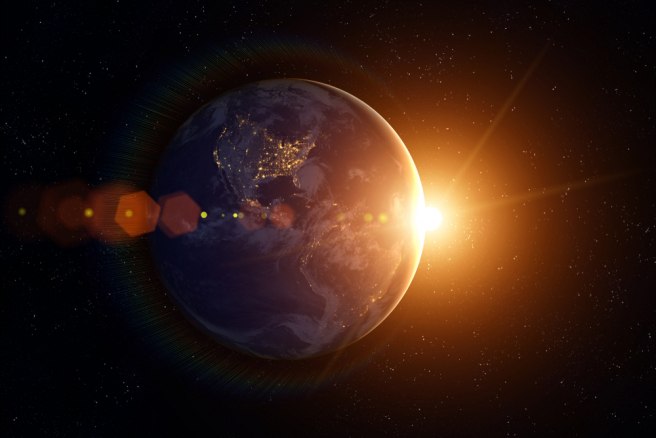 Earth’s magnetic field protects the planet’s atmosphere from the solar wind, which consists of charged particles released by the sun’s magnetic field. The interaction between the sun and Earth’s magnetic fields sometimes cause storms of explosive nature in the space near Earth. Understanding these interactions is important to help protect and improve the performance of satellites. NASA’s Magnetospheric Multiscale (MMS) mission’s results have provided the first direct and detailed observation of magnetic reconnection, a phenomenon which occurs when two opposing magnetic field lines break and reconnect with each other, and release copious amounts of energy as a result. The most important understanding derived from the MMS mission is that “reconnection is a major driving force behind events such as solar flares, coronal mass ejections, magnetic storms, and the auroras observed at both the North and South poles of Earth.” According to Marc Swisdak, an associate research scientist in UMD's Institute for Research in Electronics and Applied Physics, “Understanding reconnection is relevant to a whole range of scientific questions in solar physics and astrophysics.”

Have we finally unraveled the mystery of coronal heating? 1 min read