Is our econometrics class regressive? 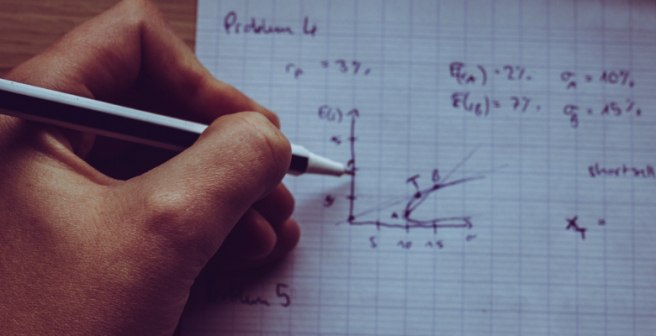 Has econometrics taught in classes kept pace with its application? Is a paradigm shift needed?

Angrist and Pischke’s (2017) “Undergraduate econometrics instruction: through our classes, darkly” compares old and new approaches to regression by contrasting two studies, and then assesses classic and contemporary textbooks and course outlines to address the gap between “is” and “should” in the field.

While econometrics research is increasingly empirical, shifting from explaining variables with multi-equations to explaining specific causal effects while controlling for other factors, econometric instruction seems to adhere to old dogma. Clouded with assumptions, models, statistical precision, and technical concerns, instruction lags behind.

It devotes little space to contemporary themes such as differences-in-differences strategies, regression discontinuity, quasi-experimental methods, and randomized trials. The authors advocate the latter’s importance, terming it a design-based approach. Their justification lies in the job industry’s demand for the skills related to the approach and an increase in the approach’s adoption in macroeconomics and corporate finance.

Why should we always run a correlational analysis before fitting an econometric model?
141

While they acknowledge purely descriptive research and data-driven forecasting, they are quick to note that causal thinking is what sets econometrics apart from disciplines like statistics.

This study has an interesting take on today’s classroom and presents a stark reality to those in denial of the need for change, in an endeavor to initiate such change.

The study juxtaposes Summers and Wolfe (1977) and Dale and Krueger (2002). Both assessed schools’ roles in generating human capital. While the former regressed test score changes on 29 variables, each assigned equal importance, the latter specifically assessed college characteristics against post-graduate earnings, controlling for the rest to achieve a ceteris paribus condition.

The study opines that the influence of certain regressors in Summers and Wolfe is good to know but beside the point – it asks, for instance, what can be made of the impact of IQ, an unchangeable factor. Besides, the mean errors are assumed to be independent of regressors.

Dale and Krueger addressed selection bias: those admitted to the same college likely have similar abilities and financial backgrounds, for instance, which could affect their earnings potential. The authors, in support of their approach, warn against naïve comparisons and prescribe appropriately constructed regression models as a remedy.

The authors equate constant causal effects, conditional independence, and a linear model for potential outcomes conditional on controls, despite misplaced concerns about linearity in today’s texts, to unbiased and consistent causal estimates.

They use algebraic derivation for the effect of private schooling on wages to prove their point. While uncontrolled regression yields an effect of 13.5 log points and regression with crude controls, 8.6 points, using controls that address selection bias reduces the effect to a negligible 1%; more so, this result is insensitive to further control. Even if some controls were missed, their inclusion would only reduce the already negligible effect further.

While admitting that choosing control variables can be challenging, they express concern over little emphasis on the conditional independence assumption.

The study cites Becker and Green (2001), who observed the lack of a real world connect in texts of the time. While times have changed for the better, the authors perceive the need for a greater coverage on topics such as regression discontinuity, instrumental variables, and differences in differences in today’s textbooks.

5 Differences between a research paper and a review paper
Scholarly literature can be of different types; some…
92.6k

They analyze six textbooks from the 1970s and six from current times, categorize their content, and identify the number of pages devoted to each category.

The undergraduate-graduate distinction was more blurry then with the former containing more linear algebra, and focusing on linear models, technical assumptions for good OLS estimators, and the mean independence of error terms with unclear model purposes.

The reportage on regression properties, inference, and assumptions and fix ups hasn’t remarkably changed. The noticeable difference is in simultaneous equations models, which have now been replaced by panel data, causal effects, and functional forms. The average coverage of empirical material has doubled; one of the classics claims the greatest coverage in absolute terms though.

Reading lists and lecture notes show a similar trend. But the study has a relatively optimistic take on this front as it recognizes the efforts of some professors to devote time to causal effects, differences in differences, and regression discontinuity. They attribute this to the use of new methods by instructors in their PHD research and their urge to share them with students.

Overall, the study beckons a shift in econometric teaching from models and methods to causal and empirical examples, explaining variables to controlled statistical comparisons, and to a greater focus on quasi-experimental tools.

This is a convincing study, which would hopefully serve to reconcile the difference between research and teaching, and let students into the world of modern tools that only a privileged few have access to currently.

The university press - a system on life support 2 min read