Korea: An emerging Asian superpower in science, technology, and innovation 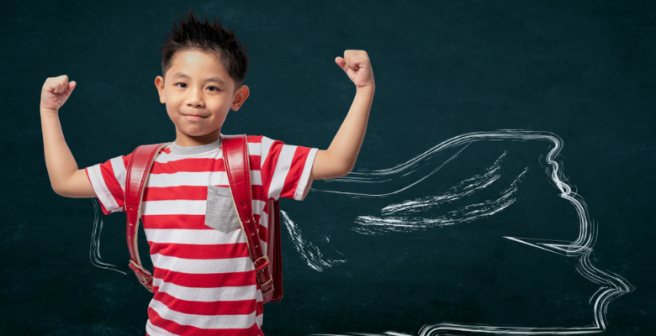 Asia is one of the powerhouses of global research and development (R&D) performance, and the Republic of Korea has emerged as one of the leading Asian nations in terms of innovation and economic growth. About two decades ago, Korea faced a financial crisis mainly due to the extensive focus on a few fundamental industries. After that, the Korean government designed policies to diversify the investment and has, since then, tried to devote funds for scientific research along with the industrial sector. Korea faces intense competition from major Asian science hubs such as China and Japan. However, it has one of the foremost global economies in R&D investment with around 3% of its gross domestic product (GDP) spent on R&D. This post attempts to look closely at some questions that frequently contemplated on: Can Korea become a global leader in science and research? What are the trends in Korean academia and industry? Can it compete with China and Japan?

According to the data released recently by the Organisation for Economic Co-operation and Development (OECD), a France-based international economic organization of 34 countries, Korea is deemed to be the world’s most research-intensive country. In the year 2014, Korea recorded 4.29% of R&D investment to GDP ratio in the OECD, surpassing major R&D intensive economies such as Israel (4.11%) and Japan (3.58%). Over the years, Korea has been steadily increasing its investment in R&D. From the worldwide R&D performance perspective – an estimated $1.671 trillion in 2013 – Korea invested $69 billion in R&D, which puts it among the top 15 countries. The Korean government and other national sources have been amplifying the R&D investment by 13.3% per year from 2008. However, Korea has been unable to meet its target of devoting 5% of its GDP to Gross Domestic Expenditures on R&D (GERD), which it plans to achieve by 2017.

Focus on investment in research and industry

The Korean industrial sector has held a major share in the country’s GERD. Although the government has made attempts at boosting the basic research in the country, industrial production and technology continue to play a major role; it represented two-thirds of GERD in 2013. From 25.6% of government spending on R&D (2008), the basic research budget was increased to 35.2% (2012). This is owing to the government’s following of the Second Basic Research Promotion Plan, a program that the government adopted to boost the country’s scientific productivity. The investment in basic research has increased considerably (16.5% in 2012) and is comparable to that of the U.S. As a result, the number of academicians and the research output has shown a progressive growth in recent years. The ongoing construction of the International Science Business Belt in the city of Daejeon is a reflection of the country’s commitment towards furthering basic science. Through the Global Research Laboratory Programme, it is also promoting international collaborative research between Korean and foreign laboratories.

According to the US National Science Foundation (NSF) report on Science & Engineering Indicators 2016, Korea has undergone the most rapid expansion with regard to the number of researchers. Between 2000 and 2006, the number doubled and has been growing since. It also employs the highest number of researchers, which is considered an indicator of national competitiveness. The research output of Korea has also increased significantly: the number of publications in international journals has increased from 33,000 in 2009 to 40,000 in 2012. The average citation rate for Korean publications is 0.89, while the OECD average is 1.08. Most of Korean academic papers belong to the fields of engineering, physics, chemistry and life sciences. Apart from this, Korea is deemed to be a major international partner for collaboration in the future. As per the UNESCO report, the USA remains Korea’s main collaborator, followed by Japan and China. Korean researchers have collaborated in international projects and the government has invested in international projects such as in building the International Thermonuclear Experimental Reactor in France. On the downside, there is gender misrepresentation as women are in minority (only 1 in 6 in 2008 researchers was a woman) and they also get paid less than their male counterparts with a gap of 39%, which is the widest among all OECD countries.

Patents and technology trade in Korea

Innovation is one of the primary factors underlying Korea’s remarkable economic growth. According to Switzerland-based Institute of Management Development, the country ranked 6th for scientific competitiveness and 8th for technological competitiveness. Even the Bloomberg Global Innovation Index placed Korea at the top of all nations – ahead of Germany, Sweden, Japan, and Switzerland – based on analyzing a group of indicators such as research & development capability, productivity, tech density and patent activity. Korea has been competing with other emerging economies with regard to registering patents. The number of domestic patents registered increased to more than double between 2009 and 2013 from 56,732 to 127,330. Apart from this, Korea ranked third for the number of patents registered in the USA; and also reported a rise in the number of triadic patent families i.e. a series of corresponding patents with patent offices in Europe, Japan, and the USA. All this has resulted in improving the volume of technology trade (from US$ 8.2 billion in 2008 to US$ 16.4 billion in 2012) as well as the ratio of technology exports to technology imports (from 0.45 in 2008 to 0.48 in 2012).

Although Korea has made a mark in industrial growth, it continues to face stiff competition from China and Japan; and due to the move toward green growth, the exports from Korea are facing a setback. To counter this, the Korean government would need to take steps to design an efficient financial infrastructure to boost the country’s exports and minimize the imports. This entails empowering the small and medium companies, which are the backbone of Korean economy. In addition, to bring scientific advancement at par with the industrial advancement, it would need to raise its R&D investment. By taking steps in the right direction, Korea has the potential of becoming a global leader in innovation and research.