Looking back on a long and slippery road 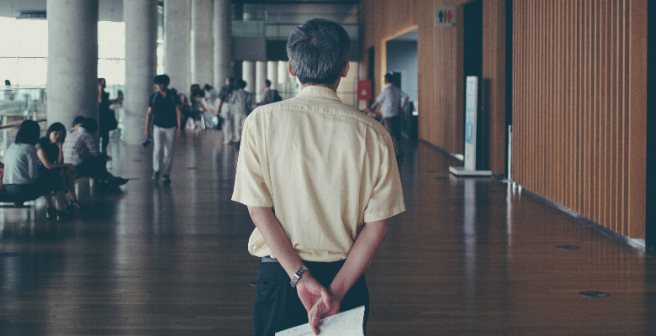 Every now and again, it is good to look up from the absorbing minutiae of everyday life. And at some point, you may be surprised to see that the track ahead is not as long as the track behind.

This retrospective view of the track behind is better known in Grantland as your Track Record. And you may come to the realisation that this meandering track is what unfurls to eventually pass for a career.

So I’ve been asked to reflect on my career for this week’s blog. Not surprisingly, it is a rather greasy track as is the nature of lipids. And lipids have been the enduring theme of my career, with one lipid in particular, cholesterol, slipping in and out of focus, before emerging in the last couple of decades as my key focal point.

As an undergraduate, I majored in chemistry and biochemistry, and was especially attracted to analytical chemistry. And so when an Honours project opened up in the Department of Biochemistry, using a shiny new machine to analyse lipids in Australian Bush foods, I was in. The machine was a capillary gas chromatograph, containing 50 metres of tightly coiled capillary column, adapted from fibre optic technology. I analysed everything from witchetty grubs to goannas, but mostly seeds and nuts, and indeed my first paper was on the fatty acid composition of wattle (Acacia) seeds.

I then spent half a year in the Netherlands setting up an HPLC method to measure another class of lipids (carotenoids) in Tanzanian foods. Night blindness is still a big problem in many parts of the world due to the lack of vitamin A, which can be provided by certain dietary carotenoids. These lipids come in various hues, putting the orange in carrots, the red in tomatoes, etc.

Then it was back to Australia to do my PhD on fish fatty acids (omega-3 PUFAs) in relation to heart disease. I had to set up or develop many analytical methods before I could analyse the hundreds of samples that I had gathered from two intensive clinical trials. I can remember that GC analysis of fatty acids in red blood cell ‘ghosts’ (membranes) was confounded by a broad peak which interfered with the next run. After a couple of weeks of detective work, I realised it was none other than cholesterol.

My first postdoc was in Edinburgh where I developed more methods and did some more clinical studies, focusing this time on antioxidants (especially lipid soluble vitamin E) in Scottish smokers.

I returned to Sydney where I turned my attention to one consequence of insufficient antioxidants and/or too much oxidants, oxidised cholesterol; again setting up analytical methods for these so- called oxysterols.  During this second postdoc, I became interested in enzymes that metabolise oxysterols, and this in turn piqued my interest in the physiological regulation of cholesterol.

And so I was thrilled to join the lab of Joe Goldstein and Mike Brown in Dallas, the centre of the universe when it comes to cholesterol regulation. There, I learnt heaps, including some much needed molecular biology and the importance of asking the right questions.

I returned to Sydney to start my own lab, where we embarked on studies trying to discover a natural oxysterol regulator of cholesterol balance. This led to a body of work on 24, 25-epoxycholesterol, an oxysterol which is made via the same synthetic pathway as cholesterol.  And through this work and some splendid serendipity, we stumbled onto a second control point in the cholesterol synthesis pathway (here, I should really lean on Louis Pasteur’s famous quote: “Fortune favours the prepared mind.”). This discovery has paved the way for the lab’s current focus on the regulation of many neglected enzymes in cholesterol synthesis.

What I love about cholesterol is that you are dealing with intricate control mechanisms to that balance something that we need but can also be lethal in excess. It’s like peeling an onion (but without the tears) – there’s always another layer of complexity to reveal. And the fact that it is a lipid makes it even more fascinating. Because dealing with lipids is like entering a parallel universe or the fifth dimension. Compared to water-soluble biology, lipid biology is the Twilight Zone, which makes it more challenging, but ultimately more rewarding. It’s been fantastic sharing my passion for lipids with so many bright and keen students and staff over the years. Long may the good times roll – Long live Cholesterol!

Professor Andrew Brown (@BrownLabUNSW) is a professor at the School of BABS. This story was published on March 6, 2019, on Confessions of the Brown Lab Researchers (available here), and has been republished here with permission.

Maybe I didn't choose cholesterol, but it chose me 4 min read