Misinformation in science news: How the media shapes public understanding

Much of the public understanding of scientific knowledge is dependent on mainstream media coverage of science. However, the media's representation of scientific research is not always accurate. This interesting series explores how misinformation in science news affects public understanding, the dangers of such misrepresentation, and whether authors, universities, and institutions are also partly responsible for misinformation in science.

Misinformation in science news: How the media…

Misinformation in science news: The role of the…

Much of the public understanding of scientific knowledge is dependent on mainstream media coverage of science. However, the media's representation of scientific research is not always accurate. This interesting series explores how misinformation in science news affects public understanding, the dangers of such misrepresentation, and whether authors, universities, and institutions are also partly responsible for misinformation in science.

Misinformation in science news: How the media…

Misinformation in science news: The role of the… 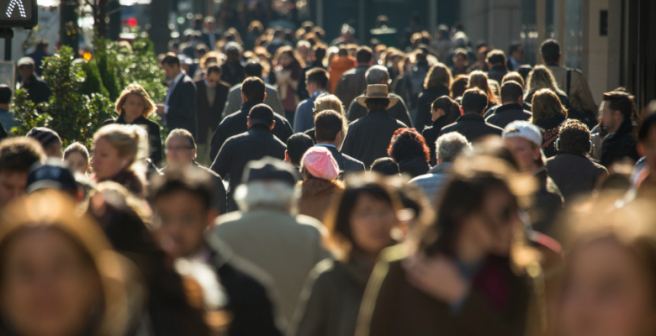 Despite the scholarly community’s efforts to make research data and publications available to the general public through open access and public access initiatives, much of the public understanding of scientific knowledge is dependent on the media. However, for scientists, mainstream media coverage of science, is at best, uncomfortable to read, and at its worst, a blatant misrepresentation of scientific facts.

Let us look at some of the problems media coverage of scientific information at times leads to.

Most scientists blame this on the media’s tendency to sensationalize scientific knowledge. It cannot be denied that popular taste for news can definitely shape the way news is presented. Scientific papers are often written in a dry and technical style, while the journalist’s style is carefully balanced between facts and opinions, and selectively highlights angles that would be interesting to the general public. Moreover, with the emergence of online social media platforms such Twitter, Facebook, blogs, etc., journalists are under a tremendous pressure to produce news stories that would grab the readers’ attention. These pressures may lead to a preference for sensationalization, at times at the cost of scientific accuracy. For example, a news piece with the headline “New pill to cure cancer.” may fail to report all the related facts such as the pill may be a possible treatment method but with severe side effects.

Additionally, many online platforms focus primarily on headlines, sometimes giving only a partial or biased view of a topic. Research has shown that news headlines can give readers a completely misleading view of the subject even if the information presented is not false. How many of us click on the links to articles that constantly flow on our Twitter newsfeed? Most often, we read the brief information squeezed into the 140 characters of a tweet and move on to read the next interesting piece of information. There is little we can do to stay up to date amidst the constant influx of information available to us. However, only reading headlines often restricts our ability to process further information, thus leading us to subconsciously form a biased or distorted interpretation toward a specific issue. In an experiment conducted to test this, a news headline “GM foods may have long-term damaging effects” induced negative bias in readers about GM foods, although the article explains that while the safety of consuming such foods has been confirmed by many peer-reviewed studies, the long-term health impacts remain undetermined.

The problem of over-simplification

Scientific journalism attempts to interpret research findings to make them understandable and interesting for readers. Ideally, journalists should select what is newsworthy in a study and present a completely objective and balanced view, with careful attention to facts. However, that does not always happen. In an attempt to simplify, journalists often sacrifice crucial details, and sometimes end up rendering their own opinion or speculation on the topic. This can change the general perception about the topic drastically. There is a lot of complexity involved in scientific findings, which run the risk of being over-simplified in this kind of reporting. For example, it is common to find correlational findings being misrepresented in news pieces as causation; or claims for treatment of humans being drawn from results of studies on non-humans.

18 Common writing mistakes on social media
Social media is a global form of communication that…
4.3k

So what are the consequences of misinformation? The inaccuracy of information is even more disconcerting considering the fact that a majority of news stories are about health and medical issues, an area where any gap between scientific discovery and reporting can have far-reaching and damaging consequences. Such misinformation can affect general attitudes toward healthcare and influence health-related behaviour. For instance, it can induce people to make lifestyle changes that are ineffective or raise false hopes in patients about a mode of treatment without informing them about the limitations. In the long run, this could lead to loss of public trust on certain modes of treatment.

What is more, even a slight over-simplification of scientific information can lead to further misrepresentation in subsequent reporting, especially when the article goes viral through social media channels. Considering this, it should come as no surprise that the World Economic Forum identified “the rapid spread of misinformation online” as one of the top 10 global trends of 2014.

This raises a few questions: Is the media solely responsible for misrepresenting science? What is the scholarly community doing to ensure responsible science communication? This and a few other questions will be answered in a follow-up article.